Sowing the Seeds of a Story 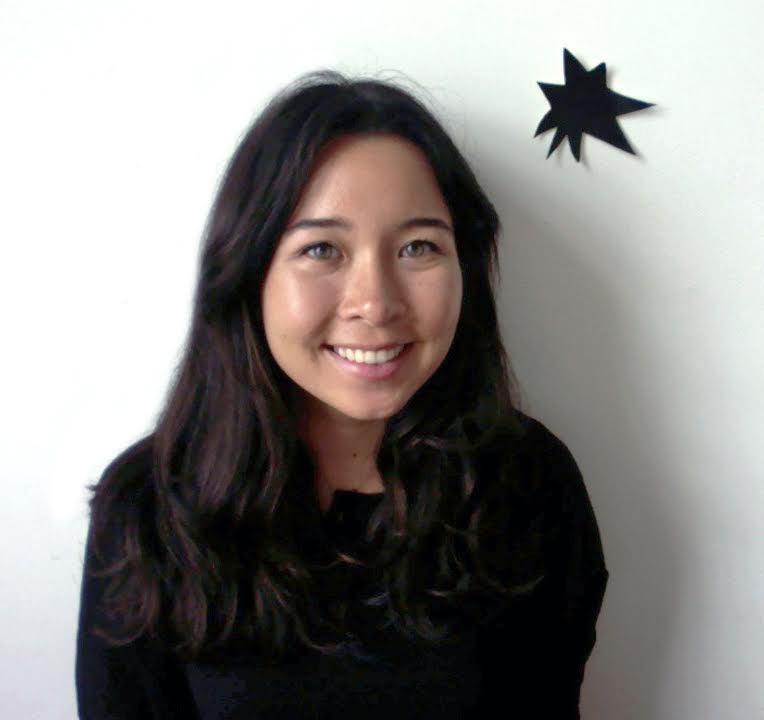 Though she currently lives and works in the U.K., author-illustrator Emily Hughes is a native of Hawaii. And it’s her home state that serves as inspiration for her newest picture book, coming to shelves in early August, The Little Gardener. The book tells the story of a Thumbelina-sized gardener in the wild, whose immense and struggling garden home is his joy. Though he despairs when his garden flounders—he’s too small to handle it all on his own, and he sleeps for an entire month through his sorrow—the very flower that gives him the most hope (“it was alive and wonderful”) instills such elation in the regular-sized human girl whose yard the little gardener lives in that she turns the dying flowerbed into a wonderland of color and life. The flower gives her hope and makes her “want to work harder.”

It is to this world of color and new life that the weary gardener awakes. It’s a story reminding readers that the efforts of the smallest, after all, can change the world for the better—especially when someone who cares is there to notice and appreciate it.

Hughes says the core of the story first came to her when she was back home in Hawaii. “I was reading Knut Hamsun's Growth of the Soil and was intrigued by its simplicity. It’s [the story] of an honest man being totally self-sustained and self-founded on the land. It is a utopian and very foreign idea to me, especially in this modern day, this relatively complete independence.”

The protagonist of Hamsun’s book was the inspiration for Hughes’ garden character. “The idea of sustainability, respect and nurturing of the land, is not a foreign concept to me,” Hughes adds, “especially because in Hawaii there are lots of traditional morals linking to the earth. Being at home…definitely strengthened the feeling. ‘Malama ka aina' means to respect the land, and they are strong words that resonate in the islands. 'Ua Mau ke Ea o ka Āina i ka Pono' is the state motto of Hawaii, and I think shines closer to the book: ‘The life of the land is perpetuated by righteousness.'”

But the story’s beginnings go beyond Hughes’ ties to her beloved Hawaii. At the same time the story came to her, she was also reading about Aung San Suu Kyi, winner of the Nobel Peace Prize and chairperson of the National League for Democracy in Burma. “I was moved by her continuous strength and determination for her cause when at points it appeared futile,” Emily tells me. “There's something magical about perseverance and faith.”

Hughes isn’t new to picture books. Her 2013 debut, Wild, was met with positive reviews here in the U.S. and, in particular, was admired by children’s literature bloggers. This was all a bit…well, wild for her. “It's fantastic,” she says. “At the same time it isn't so mad; I am much more acquainted with the American classics, and the amazing library system in the States got me into all of that at an early age. I grew up with American picture books. My faves are still American, so I think somehow I am more aligned to that way of looking at books. I always try to be unbiased, but maybe I still am a lot more attached than I think!”

Hughes tends to work with colored pencils to create her illustrations. “All the lines you see [in The Little Gardener],” she tells me, “are made using that, and the colors are later added in Photoshop. I use pencils, because I love the texture and their forgiving nature.” When she’s in need of an inspirational boost, however, she explores a different medium. Or returns to the work of Arnold Lobel, Blair Lent, and Henri Rousseau. Sometimes setting out on a walk to “look for [inspiration]” is all it takes. “Lately, I've been working with kids, and it has been so motivating and exciting. At this age they don't care about artistic stigmas, and it's liberating to watch them create.”

Next up for Hughes are the illustrations for the U.S. release in September of Brilliant, written by internationally acclaimed novelist and Man Booker Prize winner Roddy Doyle. It’s a children’s novel Hughes describes as a bit dark and a bit funny. “I have also been working on a picture book for Walker Books, written by Sean Taylor, called A Brave Bear,” she adds, “which, on the flip side, is very gentle and sweet. I will be working on another Walker book and an easy reader series, called Charlie and Mouse by Laurel Snyder.”

“Busy, busy,” she tells me. Not surprising for someone whose inspirations make her want to work harder, just like the gardeners of her own tale.

THE LITTLE GARDENER. Copyright © 2015 by Emily Hughes. Published by Flying Eye Books, London. Illustration reproduced by permission of the publisher