Sports Related Head Injuries? Romance Fiction Is Leagues Ahead of Other Genres in Treatments of Them 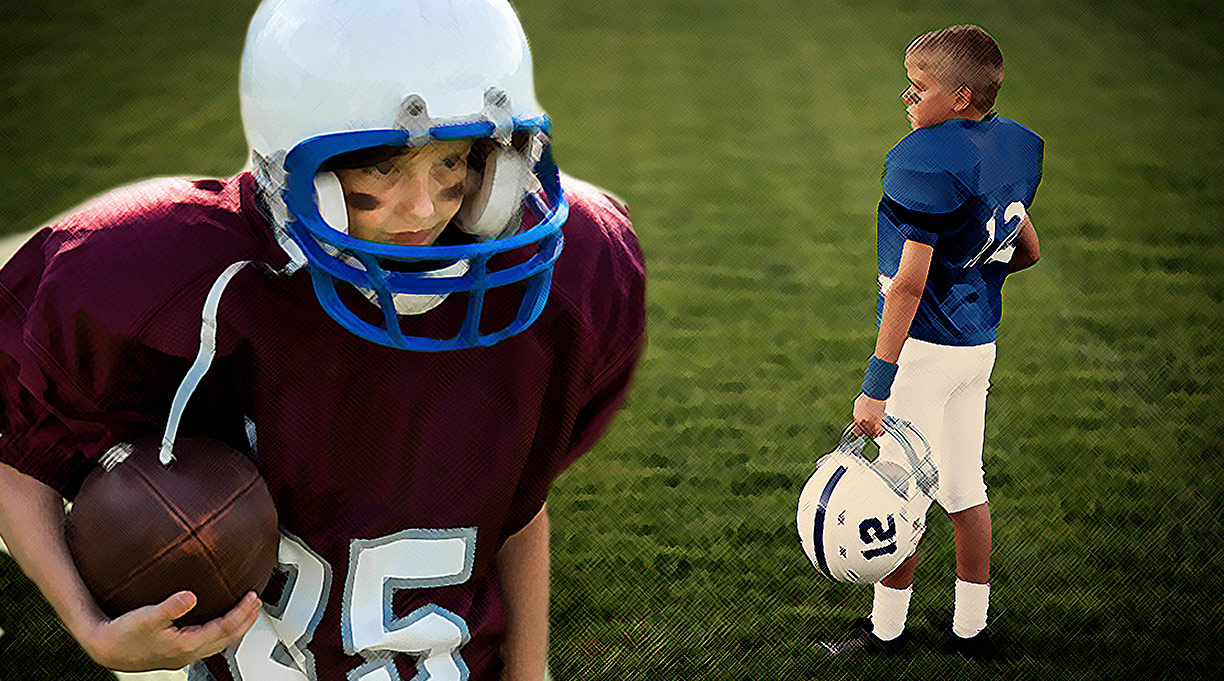 In many ways, romance is the genre of domesticity: personal relationships are the primary concern. Of course, the romantic relationship comes first, but authors carefully cultivate a whole world of relationships for the main characters: friends, parents, coworkers, siblings, children. At its core, romance is constantly mining and excavating the ways in which people love each other.

But, as the saying goes, the personal is political. This has been on my mind since the NFL season began and football waltzed onto the weekly dance card for millions of Americans. Why? Because romance is at the forefront of talking about CTE (chronic traumatic encephalopathy, a degenerative disease caused by repeated head injuries) in fiction. A quick Google search brings up many nonfiction books about CTE, but it might surprise genre outsiders that nearly all fictional stories about CTE are found in romance.

Yes, the number of professional athletes in romance is probably higher than any other genre, but I’d argue that romance doesn’t get enough credit for the ways in which it explores how people can change patriarchal systems; and I think we’d all agree that the NFL has been perfectly designed by the patriarchy. So what does that have to do with romance? Well, if the personal is political, then changing the way that thousands of romance readers think about football on a personal level seems worth unpacking.

One of the first books to tackle CTE was Ruby Lang’s Hard Knocks (2016). In the book, neurologist Helen Frobisher pens a scathing op-ed in a local Portland, Oregon, paper about the dangers of hockey and becomes a bit of a reluctant celebrity. She faces off in the public arena against hockey player Adam Magnus, a man she had a very satisfying one-night stand with a few weeks earlier. In Hard Knocks, the conversations around CTE and the danger of brain injuries are framed as personal choices. Adam thinks, “He was an adult—he knew what the stakes were, and he had made a choice. And [she] was treating him like a know-nothing child that couldn’t keep himself safe. Clearly, she had no respect for him at all, and he was furious.”

What Adam doesn’t know is that Helen’s father is suffering from a degenerative brain disease, one that may have been caused by boxing in his youth. The conflict between these two is, in many ways, a done deal. Adam is still actively playing but he’s in his 30s and about to age out of the sport. He’s not showing any of the classic early warning signs of CTE, but Helen fears that her lover will end up like her father. In this case, the resolution, as with all romances, is for the main characters to decide they will be happy together now rather than miserable apart. They can’t know what the future will hold, and perfect health isn’t guaranteed for anyone.

Even though Samson Lima is retired from football when he falls in love with app designer Rhiannon Hunter, The Right Swipe by Alisha Rai explores the systemic impact that CTE has on NFL players. Ten years earlier, Samson’s friend was knocked out cold during a game, and when the coaches wanted to put him back in the game, Samson literally retired mid-game as a protest against how the league treated its players. Even though Samson likely saved himself from the impact of CTE by retiring early, he couldn’t save his father or uncle, both of whom died with all the hallmarks of the disease.

Samson’s struggles with the disease are profoundly personal, but not part of the main romantic arc of the book. He was primary caretaker to his Uncle Joe, and nursed him through the end of his life. After Joe’s death, his body was donated to science, and Samson and other family members waited with dread for the confirmation of what they already knew to be true about how CTE impacted Joe’s life. While 10 years earlier, Samson’s dramatic exit from the NFL made him a pariah, he’s now widely respected for bringing attention to CTE. That is little consolation for Samson as he grieves for the family and friends who have suffered and died to play football.

Rai’s book explores the role of the league in covering up the long-term consequences of repeated head injuries. Samson explains that the league will “deny until they die.” Rai writes, “The NFL might have settled the class-action for a billion dollars to compensate retirees exhibiting symptoms of CTE, as well as late players’ families who came with posthumous diagnosis in hand, but they were notoriously heavy-handed when it came to denials.”

In Alexa Martin’s Fumbled, personal fears about CTE turn into action for single mother Poppy Patterson. She got pregnant in high school and has been raising her son Ace on her own. Ace is a gifted fourth grade athlete desperate to play football. But after she reconciles with his father, TK Moore, a star wide receiver in the NFL, Poppy has a hard conversation with him about letting Ace play football. “He’s not playing...This isn’t some decision I made willy-nilly... There have been so many discoveries about the long-term effects of concussions caused by football. I know football is America’s thing, but a game isn’t worth his health...And I might hate watching you get hit and I dread knowing you will probably get hurt, but I’m not asking you to quit. I just need you to back me up when it comes to Ace playing.”

Statistically speaking, the percentage of romance readers who are in love with professional athletes must be small, but the number of romance readers who are parents is vast. That means these books aren’t just about professional athletes, they’re exploring how readers worry about the physical and emotional safety of their families. These books aren’t just exploring how CTE impacts individual men, they’re asking how Americans change the way we think about CTE and youth sports. And Fumbled proposes a simple, economical answer: one parent at a time.