Steve Light Gets on Board 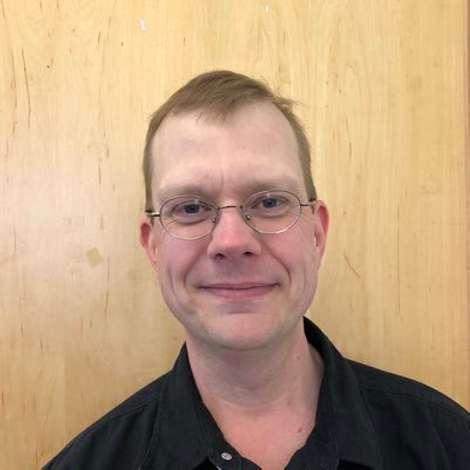 “Beautiful in its simplicity” is how Kirkus described Steve Light’s Black Bird Yellow Sun, released last year and named a Kirkus Best Book of 2018. Light wasn’t new to board books at that time; he has released a series of board books about transportation, beginning with Trucks Go in 2008. But Black Bird was his first board book not part of a series and was met with acclaim.

“With Black Bird Yellow Sun,” Light tells me via email, “I learned that I could distill the text down to a few words and still tell a story with emotion.” He’s back this year with a follow-up board book — Mama Tiger, Tiger Cub. “Black Bird was about colors, and with Mama Tiger I wanted to introduce descriptive words to the very young. Words like ‘zigzag’ or ‘fragrant.’” Like its predecessor, Mama Tiger, Tiger Cub is rendered with simple shapes, bright colors, and short phrases (“Mama Tiger / Fluttering Bird”) in a large black type.

Readers meet Mama Tiger under a bright sky. She moves through the Zigzag River. She finds food. She rests in a tree. When she gives a loud roar, we see the ears of Tiger Cub popping over the horizon. On the final spread, they embrace in a warm, circular hug. On more than one spread, observant readers will see that Tiger Cub is not often far behind. “Mama Tiger, Tiger Cub,” Light tells me, “focuses a little more on the Mama. I think it’s good for little ones to think about all the things Mamas go through for them. Mamas may not be right there next to them, but they always know where their little ones are. They may roar at them, but they still love them and are always there for a snuggle.”

“This started as a book about earth, water, and sky,” he adds. “When I first drew the water zigzagging, I wanted a contrasting color against the blue, so I added a Tiger. I teach 3.5 year olds, and my class was learning about zigzags. So, I started to think of these descriptive words I enjoy introducing to my class, and the book was born.”

The unfussy, textured illustrations are rendered in collage. Well, mostly. “Part of it is collage, and the tigers are collaged orange paper,” Light explains. “The background is a printing process I discovered on Black Bird. I use chipboard (think of the cardboard on the back of a legal pad). I cut out the shapes and print them, using printing ink. For Mama Tiger, I used some stencil work. The stencils were cut out of a thin plastic and stenciled with a stiff brush. I could print and stencil multiple layers to get a very interesting effect.”

As for the text, Light is baffled by those who think board books are easy to write. “People always think it is easier,” he says, “because board books have fewer words. But it is actually more difficult. Each word has to be just right, so there is a lot of thought put into it. Mama Tiger went through nine drafts. Not bad. My current picture book is in its eighteenth draft.” (Those who like to follow Light’s work will be happy to know that one is called A Whiskers Hollow Adventure: The Road Trip. “It is a whole world I’m creating where animals drive cars in the trees,” he explains. “This is a more character-based book existing in a made-up world where acorns are huge and roads are tree branches.”)

But before we see this Whiskers Hollow Adventure, we’ll see one more board book. This Cat, That Cat will arrive on shelves next year and is another concept board book—this one about opposites.

“Board books are so important,” Light tells me when I ask why he sometimes takes a break from picture books. “They are children’s first books. I love the immediacy of this kind of storytelling. I believe the artwork should be graphic to attract the young audience. I like to also think about an interactive component of board books — having the children roar or act out swimming in a Zigzag River, for example. I always think of board books as a hit song, and picture books are like an album.”