Taking Back Your Personal Freedom 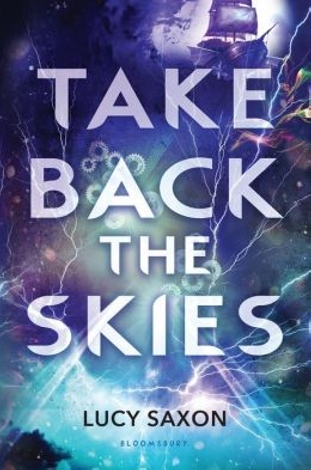 A couple of weeks back, I put together a list of stories about airships. Included on the list was Lucy Saxon’s Take Back the Skies, which is one I’ve been looking forward to for quite some time. It’s about a girl who disguises herself as a boy and stows away on a smuggler’s airship to escape her abusive father and avoid an arranged marriage. Romance, steampunk adventure, and SAVING THE COUNTRY all figure in. Sounds fun, right?

Well. While it does have all of those elements, it’s not a particularly satisfying read…in good part because it reads more like a rough draft than a finished product: The character development is inconsistent at best; the plotting relies almost entirely on coincidences; the worldbuilding is lazy, the romance—a One True Love—is more about proximity than about compatibility. And there was so much eyebrow quirking. SO. MUCH.

Here are a few other stories I thought of while reading it, all of which made Take Back the Skies pale in comparison:

The True Confessions of Charlotte Doyle, by Avi

Strip away Take Back the Skies’ steampunk trappings and remove Charlotte’s outstanding character development, and there are some striking similarities. B

oth books are about girls who’ve been taught that they are lesser than men, that they should be subservient to them, and both books are about aristocrats who ultimately turn away from their comfortable lives in order to embrace personal freedom. It’s a trope rife with inherent Marie Antoinette–ish privilege: In some cases (Charlotte) the privilege is commented on, discussed, and explored in depth; in others (Skies), it is not.

Whereas we see Charlotte make an intellectual journey, reconsidering her entire worldview and reframing it due to new perspective and experience, Saxon’s Catherine is already there on page one. We never really know why the societal and familial indoctrination didn’t work on her—we just know that it didn’t. She doesn’t grow over the course of her adventure, doesn’t change, doesn’t learn about herself or, for that matter, about other people. (She DOES, however, feel entirely comfortable in hauling off and slapping her commoner love interest, but refrains from doing so when the irritant is of her own class. Which is a hugely problematic for a few reasons, but is never addressed.)

s, but those similarities weren’t what I thought of while reading Take Back the Skies. No, in this case it was the plotting and the worldbuilding. In both books, the cultural rules and societal expectations are straight out of the Victorian Era, but they both also have advanced scientific capabilities.

In Incarceron, different groups have different dialects, belief systems, and so on. In Take Back the Skies, everyone talks pretty much the same way, regardless of class, age or occupation, and even then they can’t decide if they’re going for modern American (wuss) or Victorian British (sprog). In Incarceron, the worldbuilding and the plotting come about fluidly and organically: We pick up details of Claudia and Finn’s worlds as we go. In Take Back the Skies, much of the worldbuilding—and the plotting, for that matter—comes about in one way: Cat happens to be in the right place at the right time to overhear a crucial, usually info-dumpy, conversation.

Upper-class girl with inside knowledge of governmental malfeasance on a smuggling ship crewed by a rag-tag adopted family? A daring trip into dangerous territory to gain more information about said malfeasance and a MESSAGE OF TRUTH beamed to all of the known world? Check, check, and check. The difference here is that in Saxon’s book, the smugglers immediately trust Catherine—laying out their entire operation for her in the first five minutes after she’s discovered, and then, later, throwing all caution to the winds to follow her into certain death without so much as a debate—whereas in Whedon’s world, the smugglers are understandably cagey and suspicious, and they at least CONSIDER their own interests before heading off on a mission that might sacrifice all for the greater good.

Another Monday, another disappointing book. As my ability to pick up a satisfying read is suddenly suspect, do me a favor and give me the title of A) a super literary palate-cleanser, B) your most favorite recent read, or C) both. PLEASE SAVE ME FROM MYSELF. Thanks!