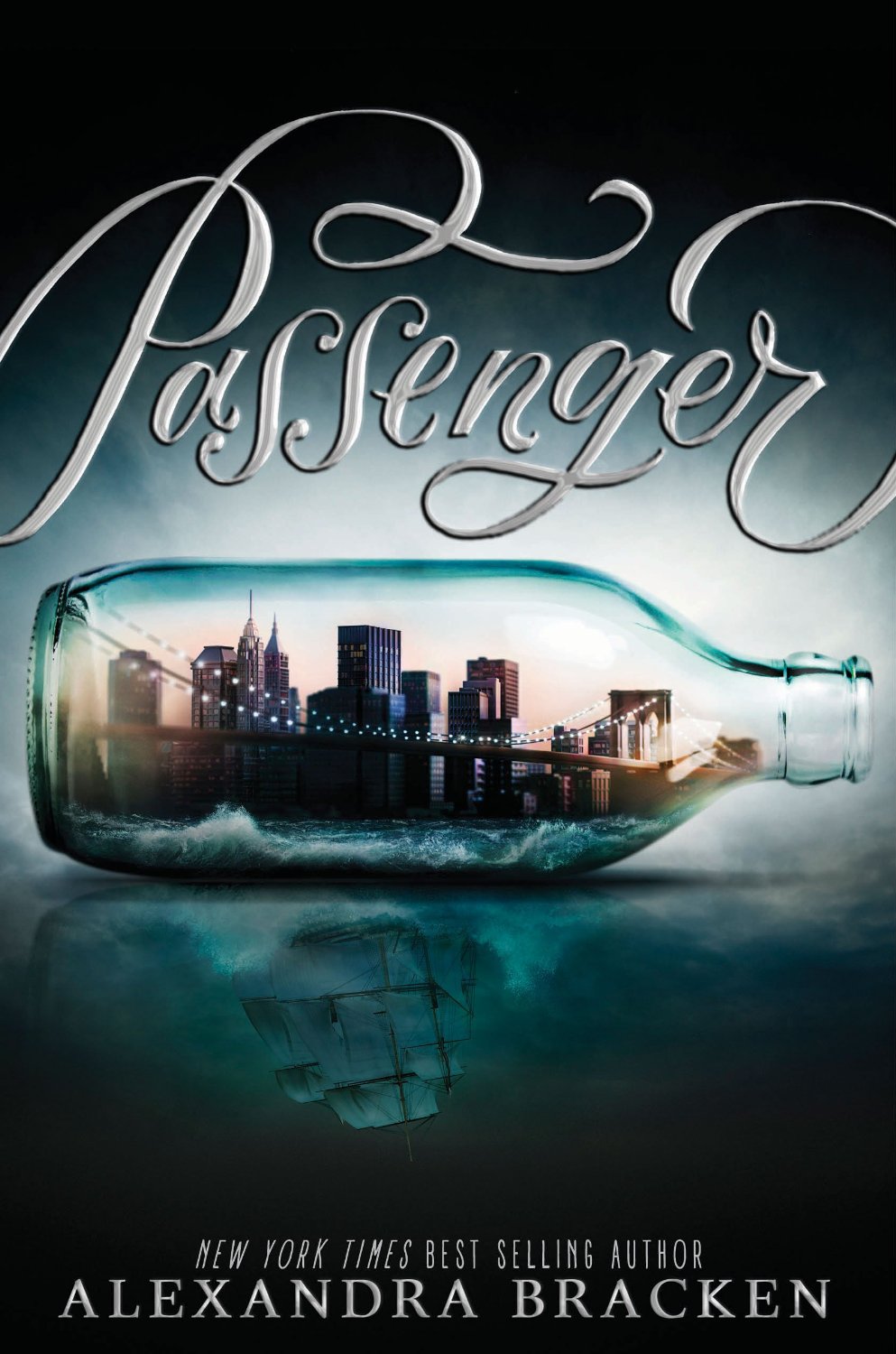 Cover Story: Message in a Bottle

Cover Story: Message in a Bottle

This cover is really pretty, but if you think about it too hard, it doesn’t make sense. The ship that’s supposed to be inside the bottle is below it, and in its place is New York City, so that obviously means that Passenger is about…a girl who works in a souvenir shop? (The answer is no, but honestly, I wouldn’t mind reading that book.)

Etta thought nothing could be more important than her debut as a solo violinist with the New York Philharmonic, but time traveling really gives new meaning to the phrase, “in the grand scheme of things.” After a mysterious sequence of events at the Metropolitan Museum of Art, Etta finds herself whisked away by a strange girl into another place and another year (1776, to be exact). It turns out that her mother, Rose, is part of a family with a special privilege: the ability to find passages through time. But like any other kind of power, this ability has corrupted the family, and its patriarch, Cyrus Ironwood, has kidnapped Rose in order to force Etta to accept a dangerous mission on his behalf. Fortunately for Etta, she’s got (a handsome) someone to show her the ropes of traveling—Nicholas, Cyrus’ half-white, half-black illegitimate grandson, whose greatest desire is to sail the seas, free from the Ironwoods. Well, that was his greatest desire, until he meets Etta and begins a desperate journey against time…and through it.

Etta is courageous and resourceful and smart and a whole bunch of other positive things, but I never really warmed to her. Perhaps it’s the style of storytelling or just a difference in personalities, but for whatever reason, I felt more like a detached observer along for the ride rather than a friend at her side. Like, if I had to sum it up with an emoji, I’d choose the shrug face over the dancing twins.

If you’ve got a thing for sailors, then Nicholas is gonna send waves of hotness over your bow. (Forgive me for the pun and the possible misuse of mariner terminology). He’s hot and coolly confident, but his years of battling racism have carved a soulful depth into his character. While there’s some great sparks generated by their differences in culture, particularly with Etta’s present day views on race and gender, I found myself wishing that my shipping (zing!) gratification had been delayed a bit longer in favor of more tension and less angst, the latter of which was far too abundant.

Alexandra Bracken weaves various centuries together by spinning a classic adventure tale, one that feels timeless and diverting yet devoid of much emotional impact. The pacing is pleasant but not consuming, and while I am pleased to report that no slang was abused in the making of this novel, I never felt wholly absorbed in the kaleidoscope of time periods nor in the sense of urgency that drives our heroes. Nicholas and Etta may have raced through time, but I certainly didn’t speed through this book.

It looks like time travel might be the new dystopia of YA, and that’s a trend that I wholly support, especially since it combines two traits I can’t get enough of: historical fiction and international settings. Bracken does an admirable job of setting up the rules (which is always important), and I loved the Ironwood twist—one family controlling their empire, which just so happens to be a specific timeline in history.

This book took me on a whirlwind tour of all kinds of sights: Bhutan in 1910, London in 1940, Angkor in 1685, and more. Our voyage together was fun but not as thrilling as I had hoped, and when it comes to the sequel, I’ll probably just let my passport expire.

Passenger will be available on January 5th.