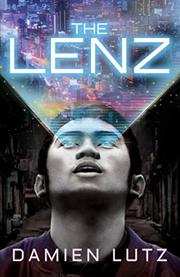 An ambitious SF novel about climate change and technology addiction.

In 2039 Japan, Yoshi Goto is starting a new job as a shopping mall Santa Claus. Two years ago, he was the lead in the highly anticipated film One Man Dreaming, but he was so difficult to work with that the Santa gig is the only one he can get to prove that he’s reliable. After accidentally knocking down a child and crashing the sleigh into a Christmas tree, Yoshi is not only fired on the spot—he’s also facing a potential lawsuit. As he walks home in the rain, a driverless “smart car” pulls alongside him with an automated message telling him that the CEO of Maya Technologies, Tyler Gray, wants to meet with him. Gray is going to use his new technology, the Maya Lenz, to create an immersive virtual environment where people can relive their favorite parts of movies, enjoy role-playing games, and more. One of the main features of the new Maya District is that it will feature the main character from One Man Dreaming. All Yoshi has to do is spend a few weeks acting like his character, so that Maya’s computers can learn how to be like him. But as Yoshi explores the outside world with and without his new Lenz, he discovers that there’s more to the city, and the people in it, than he ever imagined. Lutz (Amanojaku, 2016, etc.) has created a compelling future world that’s not very much unlike our own. The effects of climate change, for example, are shown to be very real, causing massive changes to Japan’s coastlines, and its citizens are clearly hiding behind technology to escape this terrible reality. The only way in which the book falls a bit flat is in how it focuses on the worldbuilding—and on cool new gadgets—to such an extent that it takes too long to get to the heart of the story. At times, so much is thrown at readers that it may be difficult for them to care enough about particular characters or plot points that prove important later.

A complex work that offers an intense look at a possible future.