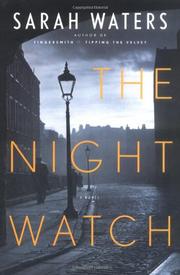 It’s indeed a story of relationships, which begins in 1947 in a London rooming-house where sinister Mr. Leonard treats the afflicted using Christian Science principles, and from which boarder Kay Langrish, an ambulance driver during the recent war, wanders the streets seeking the woman she had loved and lost years ago. Waters skillfully draws us into the lives of those who orbit around these two figures: elderly Mr. Munday, and his dutiful young “nephew,” ex-convict Duncan Pearce; Duncan’s sister Vivian, stalled in a dingy relationship with her married lover; “Viv’s” business partner Helen Givner, with whom she operates a matchmaking concern; and Helen’s lover Julia Standing, a beautiful, self-possessed bestselling mystery novelist. We gradually learn how the death of Duncan’s lover Alec Planer had set Duncan on a course of self-destruction, and also how virtually all the novel’s women have at one time been involved with, yearned for and/or failed or betrayed one another. The strong emphasis on same-sex attraction threatens to reduce the book to something very like a manifesto. But Waters’s mastery of period detail carries the day, and the work is further distinguished by several brilliant sequences: Mr. Mundy’s slow, patient seduction of the helplessly vulnerable Duncan; Viv’s botched abortion, performed by a sublimely creepy back-street dentist; Helen’s panicked reaction to evidence of Julia’s infidelity; and Kay’s stoical labors during the Blitz, when she’s partnered with another young woman who will not be “the one” of whom she dreams.

A cut below this author’s superb earlier books, but very much worth reading.

TIPPING THE VELVET
by Sarah Waters

THE UNDERTOW
by Jo Baker
Indie