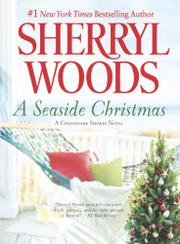 Successful songwriter Jenny Collins returns to Chesapeake Shores to escape Nashville and her messy breakup with country music star Caleb Green, but when Caleb follows her, entwining himself in her holiday season and her huge, extended stepfamily, she finds it hard to resist his charm despite their difficult past.

Jenny has avoided Chesapeake Shores for years. As an only child raised mostly by her single mom, with help from her uncle Jake, Jenny found it hard when both her mom and her uncle married into the sprawling O’Brien clan when she was a teenager. Desperate to be part of the close-knit family, yet always feeling like an outsider, Jenny has had little to do with the community or the family since she left for college, especially since she’d found a successful new life in Nashville, partnering with country star Caleb Green personally and professionally. But after Caleb’s career and their relationship imploded just over a year ago, Jenny can’t bear another lonely holiday in Nashville, and she decides it’s time to go home. Navigating the family relationships she’s always struggled with becomes even more complicated when Caleb shows up unexpectedly, determined to convince her that he’s cleaned up his act and that they belong together. Woods returns to her popular Chesapeake Shores setting with another O’Brien Christmas story, which will give fans a warm, happy glow. Jenny starts out hard to like, and it’s a shame we can’t see more of a glimpse of her as the woman Caleb fell in love with before she put up her barriers. While much of the book is Caleb being the perfect guy and slowly winning a prickly Jenny back, the setup to the Black Moment comes across as a rushed, awkward segue from progress made to back-to-square-one absolute distrust on Jenny’s part, while the resolution scene gets the job done but is similarly rushed. Overall, engaging and satisfying despite some missteps.

A sweet, affecting holiday-themed read that will appeal to romance and Chesapeake Shores fans rooting for Jenny to find her own hero and happily-ever-after.