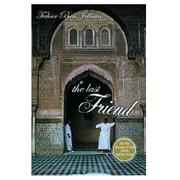 In this consideration of the meaning of friendship, desertion and lies become an expression of loyalty.

Mamed and Ali have been best friends since their school days in Tangiers. They discover sex together, in brothels and with their willing but necessarily circumspect peers—girls who cheerfully embrace sodomy as a means of preserving their virginity for marriage. Through aimlessness as much as conviction, they become involved in left-wing politics, and both are imprisoned. In prison, each man saves the other’s life. Although both marry women who are jealous of the friendship, it survives, remaining the main relationship in the men’s lives even after Mamed leaves Tangiers to take a long-term job in Stockholm. One day, without warning and for apparently fanciful reasons, Mamed turns on Ali, brutally accuses him of using the friendship to steal from Mamed’s family, and refuses to ever see or speak to him again. Ben Jelloun (Islam Explained, 2002, etc.) tells his story in three first-person narratives: The first is from the perspective of Ali, the abandoned friend; then Mamed tells the same history, exposing the reason for his rejection of Ali; finally, a mutual friend of both adds a postscript. This structure is employed to depict the delicate shades of difference between similar minds. The tone is placid, at times almost bored. The only characters of importance are the friends, and the book suggests that the ultimate significance of a life can be expressed in a single relationship. In making that relationship humdrum, passionless and lacking in substance, the author has produced a work that may be likened to a long, disappointed sigh.

A gentle, intelligent exercise in nihilism: Life, Jelloun seems to say with a pained smile, is hardly worth discussing.

THE BLINDING ABSENCE OF LIGHT
by Tahar Ben Jelloun
Fiction