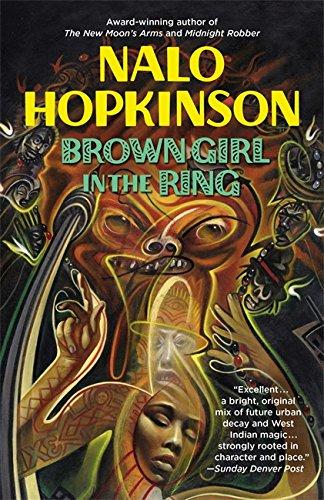 I love it when books get adapted to film and television. It gives me a chance to compare and contrast the story in different media and think about why story elements were changed—sometimes necessarily, sometimes not so much. Here are ten opportunities for you to do the same. (Some of these are in the early stages and may never see the light of a movie projector, but that doesn't stop us from enjoying the books anyway.)

In Foster's parallel worlds adventure, The Rift is a series of tears in the universe that serve as portals to countless alternate Earths, some of them harboring monsters. The Citadels—teenager soldiers implanted with chips that give them superpowers—guard The Rift. Seventeen-year-old Ryn is one of those Citadels, unbeknownst to her family. She's keeping it secret at the direction of the organization that controls The Rift. When Ryn meets a young man from another Earth, she begins to question whether she's the one being lied to. Sound like fun? Two producers thought so, too. Michael Sugar (Spotlight, Collateral Beauty) and Ivan Reitman (Up in the Air, Ghostbusters) have signed on for a movie version of Foster's fast-paced ride.

Brown Girl in the Ring by Nalo Hopkinson

Hopkinson's debut novel, infused with Afro-Caribbean magic, takes place in a near-future Toronto after an economic collapse caused the rich and privileged to leave the city, blocking it off from the rest of the world in the process. Those who remained behind in the neglected and run-down city have had to learn the old ways of surviving. Against this backdrop, Hopkinson's story of Ti-Jeanne, a young woman who must face her magical ancestry, stands out all the more. Writer/Director Sharon Lewis used Hopkinson's novel to tell the story of Ti-Jeanne's beginnings in a film called Brown Girl Begins. You can watch the trailer here.

In Howey's apocalyptic future, the land has become buried under endless sand and a newly adapted society exists atop its shifting dunes. When a "sand diver" looking for valuable relics goes missing, his four children try to survive this post-apocalyptic wasteland on their own. The premise lends itself to both action and drama, which is probably why Executive Producer Gary Whitta (Rogue One: A Star Wars Story) is adapting it for television. Author Hugh Howey is also serving as one of the show's Executive Producers.

Science fiction prides itself on big ideas and Tal M. Klein's fast-paced action vehicle The Punch Escrow is no exception. The big idea here is teleportation; moving people from one location to another thanks to advances in nanotechnology. One all-too-powerful corporation has the corner on the teleportation market and things are looking good for them…until Joel Byram is accidently duplicated instead of teleported. That's when all hell breaks loose and the chase begins. Sounds like big-screen stuff, right? Lionsgate thought so, too. It bought the rights to produce a feature film based on this exciting science fiction thriller. Director James Bobin (Alice Through the Looking Glass) is attached to the project.

The Automatic Detectiveby A. Lee Martinez

Locus Magazine recently reported that film rights to A. Lee Martinez's mirthful science fiction mystery novel The Automatic Detective were optioned by Legendary Films. What's the book about? Imagine a whip-cracking good noir-ish detective story, now make the detective a robot and then add in some genuine laugh-out-loud moments and you'll have a feel for the novel. Said robot (Mack Megaton) is a peaceful killing machine. He's even blended in by becoming a citizen. But when Mack's neighbors are kidnapped, it's up to him to get to the bottom of things, even if it means becoming embroiled in a major conspiracy.

Set in a post-apocalyptic Sudan where genocide between the Nuru and Okeke people still bloodies the land, Who Fears Death is the story of Onyesonwu, the child of an Okeke woman raped by a Nuru man. As such, she is shunned by society. However, Onyesonwu is far from powerless; she possesses remarkable and unique magic powers. When Onyesonwu learns that someone powerful is trying to kill her, she embarks on a journey of escape and discovery. Okorafor's Afrofuturist novel caught the attention of Game of Thrones author/producer George R. R. Martin, who will also serve as an executive producer for Who Fears Deathwhen it's adapted into a television series by HBO.

In this macabre young adult novel, two teens must learn the art of killing in a world where hunger, disease, war, misery and even death are things of the past. Only the so-called scythes can terminate a life, something they must do to control the population. Citra and Rowan are two teenagers chosen against their will to be scythe apprentices where they must learn how to take a life. Scythe is the first book in a series, but Universal Pictures like this idea so much that they bought the rights to Shusterman's whole series. For the adaptation of Scythe, 10 Cloverfield Lane scribes Josh Campbell & Matt Stuecken were brought on to the project.

The Gone World is one of the rare source novels whose rights were purchased before the book was even published. Neill Blomkamp is attached as the project's director. Set to be published in February 2018, the elevator pitch for this science fiction thriller is described as Inception meets True Detective. It follows special agent Shannon Moss as she investigates the murder of a Navy SEAL's family. During the course of the investigation, she discovers that the Navy SEAL was aboard a time-warping space ship. Cracks in time have started affecting the world and all of humanity, which Moss must now help stop. This makes two adaptations for Sweterlitsch; he has another novel called Tomorrow and Tomorrow hitched to the adaptation train.

In this story of a heist set on the moon, a lowly baggage handler on a moon colony populated by rich tourists and eccentric billionaires sees an opportunity to make some extra money on the side. Unfortunately, she comes between some powerful players who are vying for control of the moon itself. Weir throws a little science into the mix (the "how to weld in space" sequence was particularly fun) but keeps it light enough so that even non-seasoned sf readers will want to keep turning the pages. If Artemis sound sounds familiar, it's because I picked it as one of the must-read sf titles for November. Fox and New Regency have acquired rights to produce a feature film based on the novel and Phil Lord & Christopher Miller (The Last Man on Earth) have signed on to adapt the book into a script.

The Happiness Machine by Katie Williams

Here's another book Hollywood has latched onto even before the book is published. In The Happiness Machine, technology can determine with near-perfect accuracy whatever it takes to make someone happy. Apricity (the so-called Happiness Machine) reads a person's DNA and spits out a "contentment plan" that will guide people to happiness. Technology is not without its consequences, though, and the book explores the impact of this tech on the lives of its characters. If this sounds like something cool, you'll be happy to know that IM Global Television has optioned this science fiction drama as a television series. Screenwriter Patrick Tobin (Cake) will pen the adaptation.