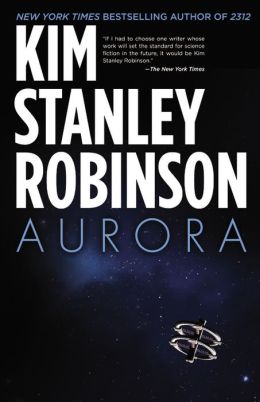 Last week, we started looking at some of the more juicy science fiction, fantasy and horror books readers have to look forward to in 2015. Let's continue our peek behind the curtain, shall we?

Where were we? Oh, right…Summer! July brings stories of planetary exploration, alien invasion and time travel, among other things. The Price of Valor, Book 3 of the Shadow Campaigns series by Django Wexler, returns to the marvelous flintlock fantasy world of Vordan, where the new queen sets about to expose a new tyranny. Continuing the Norse-tinged fantasy of the Thrones and Bones series, Lou Anders offers up Nightborn, another wonder-filled quest adventure that features mysterious elves, an ancient artifact and a game playable in the real world. Dark Orbit by Carolyn Ives Gilman is a thrilling story of alien contact, murder and mystery that takes place on a faraway world where "blind" aliens navigate their world with a bizarre vocabulary and extrasensory perceptions. The Dark Forest by Liu Cixin, China's bestselling science fiction writer, continues the near-future trilogy started in The Three-Body Problem, in which the Earth readies for a pending invasion from aliens that have access to all human information, except for information stored in the human mind. Lots of science fiction already presupposes the ability to travel to other worlds, taking for granted the huge obstacles of getting there in the first place. Aurora by Kim Stanley Robinson is the story of mankind's first voyage beyond the sola

r system. Time Salvager by Wesley Chu is, as you might expect, a time travel novel. Here, in a future where Earth is an abandoned world, time travel is a tightly controlled means of recovering resources from Earth's past without altering the timeline. But things are thrown into turmoil when agents save the life of a scientist fated to die. The historical urban fantasy Dead Man's Reach by D. B. Jackson is set in pre-Revolutionary Boston, where more crimes are solved by a so-called thieftaker—a private detective with supernatural abilities. Short fiction readers have a lot to keep them busy, too. There are the anthologies The Year’s Best Science Fiction: Thirty-Second Annual Collection edited by Gardner Dozois, The Year's Best Dark Fantasy & Horror: 2015 Edition edited by Paula Guran, and Midian Unmade: Tales of Clive Barker's Nightbreed edited by Clive Barker, Del Howison and Joseph Nassisse…as well as the collection Three Moments of an Explosion: Stories by China Miéville.

August comes with lots of fantasy and science fiction to occupy those lazy summer days. Robin Hobb continues her Fitz and the Fool trilogy with a new book, Fool's Quest, in which Fitz is out for blood. Author N.K. Jemisin spins another marvelous story with The Fifth Season, which mixes magic with the post-apocalpytic as a mother struggles to find her daughter. Court of Fives by Kate Elliott is the start of

a new young-adult trilogy set against the backdrop of a multi-level athletic competition. It's about a girl living in a society suffocated by rules of class and privilege who is striving to do what she loves. The Spider's War by Daniel Abraham concludes his Dagger and The Coin fantasy series, where Lord Regent Geder Palliako's seeks to finish his great war before it all comes collapsing down. Over in science fiction: The End of All Things is the latest entry in John Scalzi's Old Man's War universe (which is also being adapted for television) and shows the effects of the dwindling forces of the human Colonial Union in the interstellar war between human and alien. In the military political thriller The Trials by Linda Nagata, a squad of elite soldiers must combat artificial intelligence and seek justice. Chasing the Phoenix by Michael Swanwick features the author's colorful far-future confidence tricksters, Darger and Surplus (one a human, the other a genetically engineered intelligent dog who walks upright), and their attempt to con a warlord who dreams of conquest and once again reuniting China under one ruler. The Edge of Dawn by Melinda M. Snodgrass continues the heroic adventures of Richard Oort, who is Earth's sole protection against monstrous creatures from alternate dimensions. Catherynne M. Valente will make you rethink genre boundaries and definitions with Radiance. It's described as being decopunk, pulp SF, alt-history, space opera, and mystery—all at the same time. It's about a woman who makes documentaries (a forbidden film format) and the upheaval it causes. On the short fiction shelves, look for the collection Blue Yonders, Grateful Pies and Other Fanciful Feasts by Ken Scholes and the anthology The Year's Best Science Fiction & Fantasy Novellas: 2015 Edition edited by Paula Guran.

In September, Scott Lynch offers The Thorn of Emberlain, the fourth novel in his wildly popular Gentleman Bastards fantasy series. The Brothers Cabal by Jonathan L. Howard continues the adventures of necromancer Johannes Cabal whose services are now required by

his resurrected vampire brother to fight an occult conspiracy. The Wolf in the Atticby Paul Kearney is a magical tale set in 1920's Oxford, where a young girl, washed up on the shores of England by the tides of the Great War, recalls her time living with Gods. Not much is known about Dragon Heart by Cecelia Holland, other than that it's targeted for a September release. Author Fran Wilde, who made a name for herself in short fiction, debuts her first  novel, Updraft, which features cloud cities built on bone and a girl who breaks the law by inviting a terrible predator that endangers the people in her tower. In Armada by Ernest Cline, Zack Lightman learns that the videogames he's been playing are, in fact, a government-sponsored training program, and he may be Earth's last hope against alien invaders. Author Joe Hill is being very secretive about his new novel, The Fireman, as is Ian McDonald and his book Luna, the apparent start of a new series. Short fiction readers, meanwhile, should be on the lookout for Mary Robinette Kowal's collection Word Puppets.

In October, look for Kameron Hurley's The Empire Ascendent, sequel to The Mirror Empire, in which a new nation is under siege by an old enemy, and where an Empress’s sword is once again taken into battle. Fall of Light by Steven Erikson is a new Malazan novel, the second in a new trilogy, about the downfall of an ancient realm. Adam Roberts tackles The Fermi Paradox with The Thing Itself

, a story that echoes the claustrophobia of John Carpenters' The Thing in that two arctic researchers learn they are not alone. In October we'll also see a Mistbornsequel by Brandon Sanderson called Shadows of Self anda new entry to Ann Leckie's Imperial Radch series called Ancillary Mercy. On the short fiction front, there are two anthologies we know about right now: The Best American Science Fiction and Fantasy 2015 edited by John Joseph Adams and Joe Hill and Warrior Women edited Paula Guran.

Things start getting even sketchier as far out as November. There's Made to Kill by Adam Christopher, the first in a new sci-fi noir thriller trilogy, featuring the world's only robot detective. Aside from that, there's eVby Madeline Ashby (a continuation of her Machine Dynasty series) and Solar Express by L. E. Modesitt.

December is a remote wilderness occupied (so far) only by City of Blades by Robert Jackson Bennett, a follow-up to his latest novel, City of Stairs.

A couple of other books are anticipated, but their release dates are not yet set:

¨  Company Town by Madeleine Ashby (delayed from last year, but expected sometime this summer) is a novel of the last organic human in a post-Singularity world.

¨  Underground by S.L. Grey (the pseudonym for the writing team of Sara Lotz and Louis Greenberg) is described as "a high concept thriller with overtones of Stephen King." It takes place beneath the surface of Maine, where the rich and paranoid live out their luxurious lives in a self-sustaining underground survival condominium.