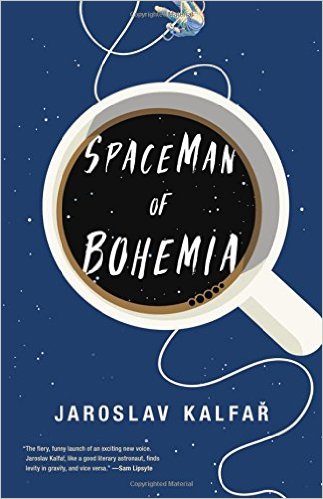 WHAT IT'S ABOUT: Millie, a cynical, disabled film director with borderline personality disorder, is no longer part of the Arcadia Project, the secret organization that polices the mythical fantasy creatures that travel between our world and a parallel reality. But when Millie's former boss is framed for a violent murder, she gets pulled back in and, in the process, discovers a terrorist plot to destroy both worlds.

WHY YOU MIGHT LIKE IT: The fresh urban fantasy offers something new for seasoned readers by avoiding the usual settings and character types.

WHAT IT'S ABOUT: Coyote shapeshifter Mercy Thompson has found her home in the werewolf pack.  But then she is abducted by the world's most powerful vampire to be used as leverage against the wolves and rival vampires. She escapes using her shapeshifting ability, but finds herself alone in the heart of Europe trying to stop a war between supernatural factions.

WHY YOU MIGHT LIKE IT: Briggs’ long-running series has lasted so long for a reason: the books never fail to entertain.


The Return by Joseph Helmreich

WHAT IT'S ABOUT: A famous astrophysicist named Andrew Leland is abducted by a giant spacecraft in the middle of a live television broadcast. Six years later, he reappears in a South American desert with no memory of the event.  When one of Leland's cultish devotees tracks him down, he learns that Leland is on the run from a secret organization determined to extract information from him.

The Wanderers by Meg Howrey

WHAT IT'S ABOUT: Three astronauts picked for the first-ever manned trip to Mars spend seventeen months in close quarters training for the mission, where they must eventually confront their inner demons and prove themselves worthy of the historic venture.

WHY YOU MIGHT LIKE IT: The book's elevator-pitch description sums it up quite nicely: "Station Eleven meets The Martian".


Spaceman of Bohemia by Jaroslav Kalfar

WHAT IT'S ABOUT: An orphaned boy named Jakub Procházka grows from small-time scientist into the Czech Republic’s first astronaut, undertaking a solo mission to the planet Venus, offering him both notoriety and a way to atone for the sins of his Communist-informer father. But fame comes with a cost. Jakub realizes too late that he sacrificed the relationship with his devoted wife.

WHY YOU MIGHT LIKE IT: Kalfar's novel deftly tackles heavy philosophical themes that lend the story more meaning.

WHAT IT'S ABOUT: In the not-too-distant future, New York City's streets are submerged underwater due to climate change, making every street a canal, every building an island unto itself. Intrigue abounds in the Met Life tower, now converted into a co-op, and the target of a buyout from a shadowy corporation desperate enough to sabotage the building's infrastructure.

WHY YOU MIGHT LIKE IT: Robinson weaves a tapestry of interconnected personal narratives that is captivating for its portrayal of humankind.


The Lady of the Lake by Andrzej Sapkowski

WHAT IT'S ABOUT: Ciri, the child of prophecy, has been separated from Geralt the Witcher and his band of travelers.  She's been transported to the Elven world, but she's not alone – she is still being hunted by the man who chased and wounded her.

WHY YOU MIGHT LIKE IT: Sapkowski's Witcher series has proven itself to be a fun and page-turning ride.


The Collapsing Empire by John Scalzi

WHAT IT'S ABOUT: In a future where the discovery of an extradimensional field called the Flow allows for faster-than-light travel, faraway planets are within humanity's reach. An unheralded migration led to Earth being forgotten and the dawn of a new empire, one based on interdependency and trade. However, the Flow is changing, possibly causing planets to be cut off from one another. A mission is thus launched to save the empire.

WHY YOU MIGHT LIKE IT: This accessible and entertaining book is the start of a new series. Get in on it now.

WHAT IT'S ABOUT: On a barren desert world in the far-future, the dangerous landscape is populated by rogue, semi-sentient machinery.  Two orphan girls -- seventeen-year-old Star and her sister Nene -- become separated from their caravan of nomadic traders and begin a journey that leads them to thieves, priestesses, and the secrets of the past.

WHAT IT'S ABOUT: Captain Kate Fitzmaurice, a privateer and smuggler sailing a balloon ship, is hired by the spymaster for the queen of Freya to find the young man who claims to be the true heir.

WHY YOU MIGHT LIKE IT: This is the start of a new swashbuckling adventure stuffed with imagination.

WHAT IT'S ABOUT: A penniless orphan named Hob is stranded on a planet owned by the company with a monopoly on interstellar space travel. She's taken in by Nick, a member of the Ghost Wolves, a mercenary biker gang roaming the landscape of Tanegawa's World. Years later, Hob discovers that Nick's brother has been killed and Nick's daughter has been taken by taken by devious beings known as the Weathermen. It's time for action.

WHY YOU MIGHT LIKE IT: Did you see the part about the mercenary biker gang on another planet?


…AND FOR READERS OF SHORT FICTION…