All the time travel right NOW 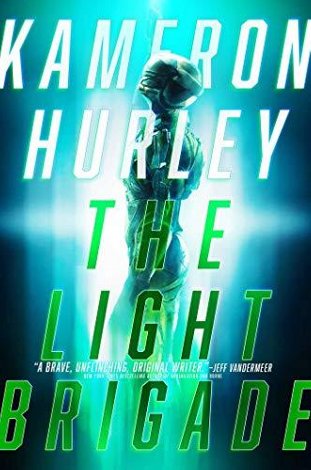 I love time travel books SO much and 2019 is proving to be The Year of Time Travel with a whole lot of books being released in the subgenre. I am devouring all of them as they come out—and already have four recommendations for the fellow time travelling enthusiast:

The Light Brigade by Kameron Hurley—the future is a mess, nations no longer exist, and corporations run the world and control its citizens. There is a war against Mars—started after Mars disappeared millions of people in the blink of a moment—and in fighting that war against Martian terrorists, anything goes. A new technology allows for soldiers to teleport into battle instantaneously giving Earth and its corps the edge they need. Dietz is a new soldier with revenge in mind but during her first drop in Mars, something goes really, really wrong and she ends up at a different time altogether. Trying to puzzle out what on Earth is happening to her leads Dietz to figure out the truths about the war, its beginnings and the corporations that run the world. And the truth is not pretty.

This is a super political, brutal, violent book that looks directly in the face of capitalism and says: Nope, not this time, bozo. Dietz is a queer heroine who fights for justice, hope and change in what I can only describe as Hurley at her best and most fierce.

Permafrost by Alastair Reynolds—the future is a mess and in the year 2080, Earth has gone pretty much incapable of growing anything and everybody left is going to die of hunger very soon if something is not done. The answer is of course, time travel will fix it. Enter the Permafrost Experiment in Russia, which recruits 71-year-old teacher Valentina to its program. Her mission is to time-embed into the body of a woman in the early 2000s so that she can secure genetically modified seeds to be used in the future. But when she enters her host’s brain, the woman actually communicates with Valentina, something that should not have been possible.

I loved this novella (oh, how I wish it had been longer) because it engages with the mechanics of time travelling and with the idea of paradoxes really well whilst still offering a lovely connection between its two heroines who are determined to do everything possible to save humankind.

Alice Payne Arrives + Alice Payne Rides by Kate Heartfield—Yes, you guessed it, the future is a mess and two factions of time travelers are fighting over control of timelines by changing things here and there then changing them back again trying to find the Best Possible Future (based on which faction you belong to, of course). Three women get caught in these time webs: Prudence, a time travelling scientist from the future who wants to end it all; and a closeted queer couple from 18th century England, Alice and Jane. Alice is the bisexual, woc impoverished daughter of a landlord who makes money by stealing from terrible men and Jane is a genius inventor and intellectual as well as Alice’s secret lover and companion.

Alice Payne Arrives actually came out last year and is a 2018 Nebula Award nominee for Best Novella and Alice Payne Rides is a companion/sequel novella released just a few weeks ago. These two novellas are fast-paced adventurous romps featuring tons of queer women and women of colour in what I would call “shut up and take my money” subgenre of time travelling goodness. SO MUCH FUN.

Not a book, but hey, this season of Star Trek: Discovery (which is a show that I have come to ADORE) is all about time travelling and even through it’s still ongoing, I am loving what I have seen so far.

What to look forward to:

More time travel coming out this year: Here and Now and Then by Mike Chen (already out!), Empress of Forever by Max Gladstone (June), This Is How You Lose the Time War by Amal El-Mohtar and Max Gladstone (July), The Future of Another Timeline by Annalee Newitz (September).