The Beauty, The Horror 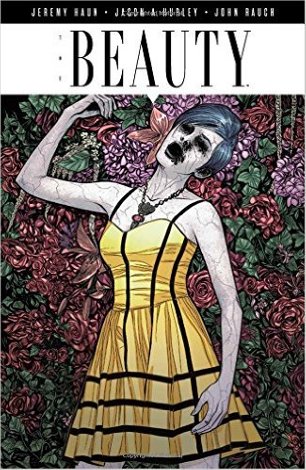 The Beauty quickly became a fad. Suddenly, perfect skin, flawless features, and a gorgeous body were only one sexual encounter away.

Imagine there is a way to attain physical perfection—a way to reverse thinning hair, miraculously shed unwanted pounds, clear up a poor complexion. All of these outward blemishes can be instantaneously eradicated—all it takes is sex.

The Beauty, as folks begin to call it, is an STD like no other.

Most people actively want to catch the disease. And, in the short time that The Beauty became known and recognized as a sexually transmitted disease, a good chunk of the population has become infected—voluntarily infected, for the most part. Society splinters because of The Beauty; there are advocates for one’s choice to infect themselves with the mysterious pathogen, and there are resistance groups who virulently and even violently oppose those who have become beautiful.

And then, people start spontaneously combusting.

The Beauty, it turns out, has an unfortunate side-effect—it burns you from the inside-out. It’s only a matter of time before every Beauty-infected soul is dead.

Collecting issues 1-6 of a new series from Jeremy Haun and Jason A. Hurley, The Beauty is a horror comic with a killer central question and premise. First, Haun and Hurley make you think: If you had the chance to be beautiful beyond measure, costing you only a sexual encounter, would you take it? Yes, it’s an incurable disease about which you’d know very little… but if it just cost you a constant low grade fever in exchange for never having to worry about going to the gym, or a bad hair day, or an unexpected pimple? Well, I can certainly understand the appeal of such an infection. Of course, then Haun and Hurley pull the rug out from under you because this STD is literally burning people up from the inside out (sidenote: a lot of the art and initial concept made me think of Extremis, a la Iron Man 3, except much creepier and not as simply/magically fixed). Even then, The Beauty tackles the questions of agency and choice head-on—there’s the realization that main character Detective Vaughn makes when he wakes up to discover his wife hasn’t been faithful, there’s the question of administering a cure for Beauty and the choice involved therein. I appreciate the authors’ unflinching look at these questions, even if I wished the examination was a little deeper.

Beyond central theme, the premise behind The Beauty and subsequent plotting is also impressive. There’s a government/CDC-backed hush-up and conspiracy (of course), and we learn early on that even though there’s a cure to the disease, players at the highest levels are sitting on it until the most advantageous time. Plus, there’s a good old fashioned mystery, and, more importantly, a bunch of shoot ‘em up action centered on the figure of mercenary Calaveras (a sadistic hitman with a very particular set of skills).

Where The Beauty falters, however, concerns characterization. Detectives Vaughn and Foster are, until the end, a bit bland as traditional Good Guy Cops who Want To Tell The World The Truth. There are glimpses of depth, however, as the marked detectives take on the rest of the world and make a very dramatic choice of their own.

Banal characterization aside, The Beauty is a fantastic graphic novel. I’m very, very excited to see what happens next. (My guess? VERY BAD THINGS.)

In Book Smugglerish, 8 spontaneously combusting humans out of 10.