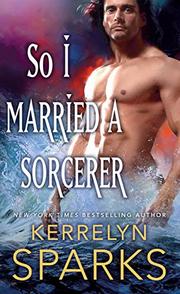 I hope so. There are so many awesome posts—not to mention a ton of great daily, weekly, and even a couple “Month of Books” giveaways.

It’s so hard to pick out particularly special posts, because they’re all so lovely, but I did think the way Teri Wilson compared the romance genre to Wonder Woman was very clever.

I love how romance is so intricately entwined in Tiffany Reisz’s personal and professional lives, and how a reader once told her that one of her books had helped them overcome some latent biases. I celebrate the fact that Laura Trentham feels romance novels helped her deal with the most anxious time of her life, and that Colleen Coble has helped readers save their marriages. I love the fact that Piper Huguley’s family identified her love of romance (of all kinds) at a very early age, and that she loves the movie Rocky mostly because she thinks of it as a romance.

One of the my favorite aspects of RARM is the Q&A, where every participating author answers the same 5 questions (inspired by James Lipton’s Inside The Actor’s Studio, though the questions change each year). Sometimes the responses are fun, sometimes thoughtful, but always interesting.

So far this year one of the most touching things I’ve read on RARM is Rachael Herron’s reply to Q5, and how her father-in-law read romance novels out loud to his ailing wife as she battled cancer. (It made me cry.)

The theme for this year is "The Power of Romance," and anyone who reads these wonderful, inspiring, empowering books knows that a happy ending truly can make a difference. One friend of mine feels like romance novels completely changed her life once she decided to get over her ingrained dismissal of them and gave them a chance.

I believe in romance. I believe romance can change lives. I believe that the romance community is strong and amazing, and that someone will always have your back.

And when the world gets you down, you can always, always find comfort in the books, if nothing else.

Since I’ve been really busy doing RARM, I haven’t read or listened to as many books as usual, but I did check out a couple throwback titles (hey, it’s Thursday, right?) in anticipation for some upcoming releases.

First, I listened to Kerrelyn Sparks’ Crouching Tiger, Forbidden Vampire which may be my favorite of her vampire books so far (and I’ve enjoyed all the ones I’ve read!). However, Kerrelyn is jumping into a new paranormal world with her newest, So I Married A Sorcerer, which releases at the end of the month:

It looks like classic Sparks, with her unique and fun blend of humor, romance and paranormal elements. Plus—a princess and a sorcerer pirate! How can that not be awesome?!

Growing up on the Isle of Moon, Brigitta knew that she was born with the magical powers of the Embraced―even if she did not know how to wield them. But she has finally learned the truth: Brigitta is the lost princess of the kingdom of Tourin. She was sent into hiding as an infant to escape the wrath of her half-brother, the king. And now he knows just where to find her. . .

Rupert is a notorious pirate and sorcerer. He’s spent most of his life plotting revenge on the evil king―and Rupert believes that Brigitta could be the key to finally destroying his enemy. But what begins as a kidnapping of the innocent beauty escalates into something deeper, and more passionate, than either captor or captive could have imagined. Rupert soon vows to protect Brigitta against the king―but will they survive long enough to find their happily-ever-after. . .or does fate have something else in store?

I also listened to Rachel Gibson’s Daisy’s Back In Town, since Gibson recently announced that she’s returning to her crazy popular Chinooks series in her late December release, The Art of Running in Heels:

Running in five-inch stilettos is an art form.

Leaving your fiancé at the altar on live television is a disaster. Lexie Kowalsky thought she was ready to get married in front of millions of people, but at the last minute she fled the set of television’s hottest reality show, Gettin’ Hitched. Wearing a poofy white dress and a pair of five-inch sparkly shoes, Lexie hopped a float plane for Sandspit, Canada. She figured no one would find her there. But she was wrong.

Sharing her flight was the Seattle Chinooks biggest star, Sean Knox. Lexie wasn’t just a reality-show runaway, she was his pain in the butt coach’s daughter. She was chaos and temptation and definitely off limits, but getting her luscious body out of that wedding gown, he couldn’t resist getting her in his bed for one amazing night.

Then a photo of Sean and Lexi breaks the internet—and suddenly they’re both swept up in a crazy plan to spin the whole story. But you can’t run from love.

Speaking of books set with a reality TV back drop, Alexis Daria’s Take The Lead is getting great buzz, and it’s set in a world that sounds similar to a wildly popular celebrity competitive dance show. Another yum!

The first book in a sizzling duology about dancers who find love from #OwnVoice's Alexis Daria.

Gina Morales wants to win. It’s her fifth season on The Dance Off, a top-rated network TV celebrity dance competition, and she’s never even made it to the finals. When she meets her latest partner, she sees her chance. He's handsome, rippling with muscles, and he stars on the popular Alaskan wilderness reality show Living Wild. With his sexy physique and name recognition, she thinks he’s her ticket to the finals—until she realizes they’re being set up.

Stone Nielson hates Los Angeles, he hates reality TV, and he hates that fact that he had to join the cast of the The Dance Off because of family obligations. He can’t wait to get back to Alaska, but he also can’t deny his growing attraction to his bubbly Puerto Rican dance partner. Neither of them are looking for romantic entanglements, and Stone can’t risk revealing his secrets, but as they heat up the dance floor, it’s only a matter of time until he feels an overwhelming urge to take the lead.

When the tabloids catch on to their developing romance, the spotlight threatens to ruin not just their relationship, but their careers and their shot at the trophy. Gina and Stone will have to decide if their priorities lie with fame, fortune, or the chance at a future together.

So what books are you looking forward to?