The Best of the Best! The Definitive List of 2017's Best Science Fiction and Fantasy Books! 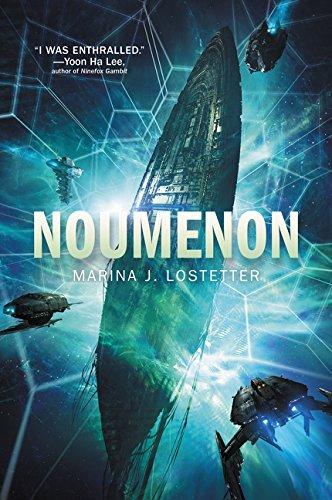 If there's one thing the Internet loves, it's lists. That's never more obvious than at the end of the year when surfers are bombarded with one "Best of the Year" list after another. I love looking at book-related "Best of the Year" lists because it's fun to see what made the cut and how lists differ from one another. Even better: lists stoke my desire to read and point me towards books I may have otherwise skipped over.

However, an abundance of "Best of" lists begs the question: which books truly deserve that label? Which books are the absolute best?

Intent to find some concrete answer to those admittedly subjective questions, I began an intense session of OCD-fueled list aggregation and spreadsheet manipulation to find which science fiction and fantasy books garnered the most mentions. The result is a very unscientific­—but nonetheless worthwhile—"Best of the Best" list of the science fiction and fantasy books that debuted in 2017.

SCIENCE FICTION AND FANTASY - THE BEST OF THE BEST

Making her 3rd consecutive appearance (The Fifth Season appeared on 2015's "Best of the Best" list and the sequel The Obelisk Gate grabbed the top slot in 2016's "Best of the Best" list), author N.K. Jemisin again lands in the top slot of books receiving the most mentions with the conclusion to The Broken Earth trilogy. The Stone Sky is set on a world where Extinction Level Events are all-too frequent and society oppresses the minority of people who possess the seemingly magical abilities to control the cataclysmic seismic events.

The Bear and the Nightingale by Katherine Arden (3 mentions)

Arden's dark fairy tale of magic and monsters is set in the 14th century Russian wilderness, where Vasilisa sits around the fire with her sisters, listening to stories told by her sick mother's nurse. Vasilisa and her sisters honor the forest spirits and that seems to work keeping evil away from their house, but when Vasilisa's mother dies and her father remarries, her new step-mother forbids them to honor those benevolent spirits. That spells bad news for Vasilisa and her family. Soon, evil begins encroaching on her family.

The Stone in The Skull by Elizabeth Bear (3 mentions)

The Stone in the Skull is the start of a brand-new trilogy told in the same rich setting as the Eternal Sky series and it introduces readers to the lands of the Lotus Kingdoms, which is all that remains of the once-powerful Alchemical Empire. Here, a brass automaton known as The Gage, created by a long-dead wizard around the core of a human being—along with a former bodyguard who serves as protection and a powerful magic-wielding priest—carries a message that could lead to war.

The House of Binding Thorns by Aliette de Bodard (3 mentions)

Fallen angels in the great Houses of Paris fight for control as the city itself tries to rebuild in the aftermath of an arcane war. In House Silverspires, once considered to be the most powerful of Houses until it was destroyed by an ancient evil, an immortal man attempts to resurrect someone he lost. Meanwhile, in House Hawthorn, Madeleine the alchemist is forced to undertake a perilous diplomatic mission to an underwater dragon kingdom where the previous emissary met with an untimely end.

The years is 2088 and mankind is on the precipice of journeying beyond Earth's solar system. Astrophysicist Reggie Straifer discovers an anomalous star that's either the first of its kind discovered in the universe, or entirely artificial. Investigating the anomaly will take generations, so to preserve the genetic talent of the original crew, clones are used to keep the mission going over eons. However, a clone is not a perfect copy and the variations introduced over generations change the parameters of the mission and its chances of success.

In the corporate-controlled future of 2144, a genetics engineer named Judith "Jack" Chen becomes a drug pirate, acting as a kind of "medical Robin Hood" dispensing cheap medications to the poor. Her latest concoction is a private blend of Zacuity, a drug that makes people like their jobs to the point of insanity. However, Jack's version unfortunately drives people towards insanity. She wants to produce an antidote, but she's on the run from a pair of International Property Coalition agents—one human and one robot—who are partners in more ways than one.

A Conjuring of Light by V. E. Schwab (3 mentions)

In the conclusion to Schwab's well-received and imaginative sf/fantasy hybrid series, the fates of monarchies are determined across four Londons in four very different parallel-worlds: there's Grey London, where there is no magic but there is one very mad king; Red London, where magic is revered; White London, where people fight to control magic that fights back; and Black London, which nobody dares speak about.

An Unkindness of Ghosts by Rivers Solomon (3 mentions)

On the generation spaceship HSS Matilda, which ferries the last of humanity to the mythical Promised Land, society is organized much like the antebellum South. The ship's leaders have imposed harsh moral restrictions and deep indignities on the dark-skinned sharecroppers. One of the repressed is Aster, who lives in the lower deck slums of the Matilda, and who learns that there may be a way to improve living conditions for everyone...if she's willing to sow the seeds of a civil war.

A young woman named Rachel lives in a ruined city destroyed by drought and conflict, which is also home to a bunch of discarded bio-tech experiments from the supposedly defunct Company. During a scavenging mission, Rachel finds a green lump named Borne that may be either plant or animal, but nonetheless connects with her on an emotional level. As Borne grows and learns to speak, his very existence threatens the balance of power in the city. The not-quite-dead-after-all Company aims to fix that.

As noted above, another handful of books (ten of them) got mentioned on two lists, thus warranting an honorable mention. They are:

There was lots of great stuff to read in 2017! How many did you read?