Best of 2020: Our Favorite Fiction 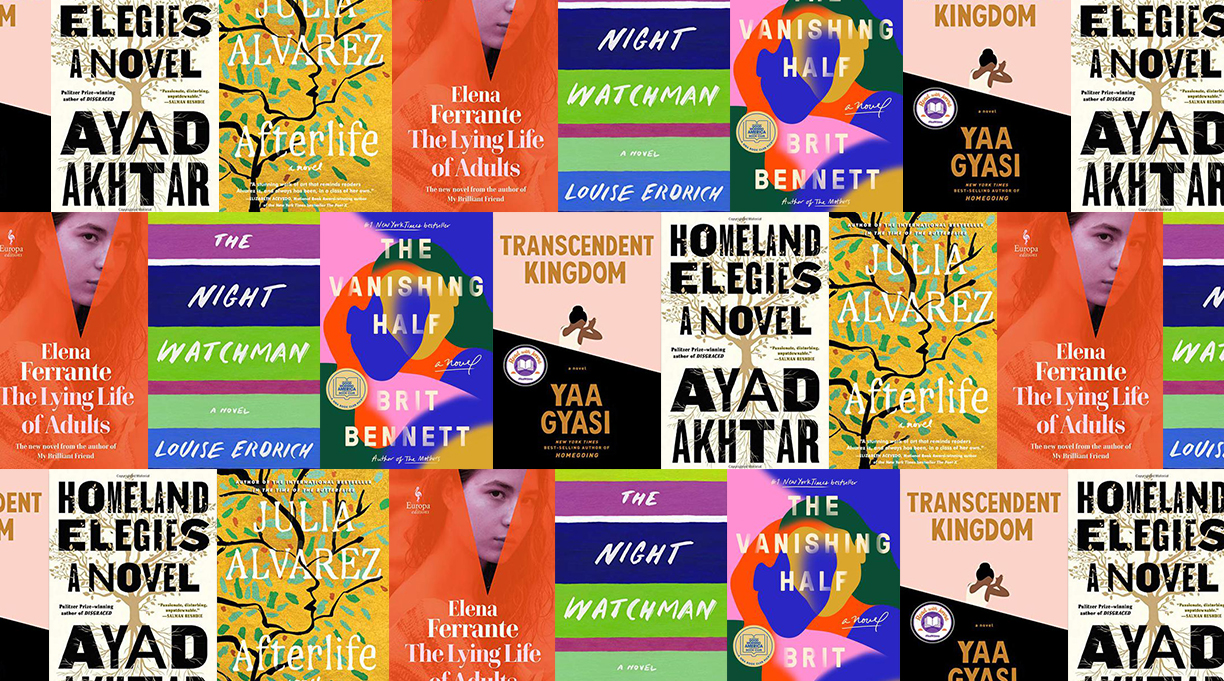 When this year began—doesn’t it feel like a decade ago?—I thought it was going to be a quiet time for fiction, especially the fall, because of the presidential election. As it happened, a lot of spring and summer books were postponed until fall because of the pandemic, and there certainly hasn’t been a shortage of great novels and story collections. You can browse the complete list of Kirkus’ Best 100 Fiction Books at your leisure; meanwhile here are some of the standout titles and trends of 2020:

Let’s celebrate a year that saw tremendous debuts, including Douglas Stuart’s Shuggie Bain (Grove, Feb. 11), which our review called “a masterpiece,” and Raven Leilani’s “sharp, strange, propellant” Luster (Farrar, Straus and Giroux, Aug. 4). I’d like to give Deesha Philyaw my award for the year’s best book title for The Secret Lives of Church Ladies (West Virginia University Press, Sept. 1), her debut collection of stories about “full-throated, flesh-and-blood women who embrace and redefine love, and their own selves, in powerfully imperfect renditions.”

When you’re done cheering all the debutants, let’s hear it for the veterans. Lorrie Moore’s Collected Stories (Everyman’s Library, March 3) and Shirley Hazzard’s Collected Stories (Farrar, Straus and Giroux, Nov. 3) will immerse you in the work of two of the best prose stylists of our time. Our review said “the range and virtuosity” of Walter Mosley’s story collection, The Awkward Black Man (Grove, Sept. 15), makes it his “most adventurous and, maybe, best book.” Deacon King Kong by James McBride (Riverhead, March 3) may be the book I recommended most this year: It’s a novel that will make you smile on every page and, as our review called it, “an exuberant comic opera set to the music of life.”

And let’s have a special toast to those authors who published that most difficult book—their second. Ayad Akhtar’s Homeland Elegies (Little, Brown, Sept. 15) is “a profound and provocative inquiry into an artist’s complex American identity,” according to our review. The Vanishing Half by Brit Bennett (Riverhead, June 2) follows light-skinned twin sisters from New Orleans through their lives on opposite sides of the color line. In Transcendent Kingdom (Knopf, Sept. 1), Yaa Gyasi explores the life of a doctoral student in neuroscience as she deals with her mother’s depression. Phil Klay’s Missionaries (Penguin Press, Oct. 6) and Bryan Washington’s Memorial(Riverhead, Oct. 27) are stellar first novels following debut story collections.

Several groundbreaking series came to an end, successfully. Hilary Mantel saw Thomas Cromwell to the gallows in The Mirror and the Light (Holt, Feb. 25), and Ali Smith wrapped up her Seasonal Quartet with Summer (Pantheon, Aug. 25). Sarah MacLean put a bow on the Bareknuckle Bastards with Daring and the Duke (Avon, June 30), somehow turning the villain of the series into a romantic hero, and Joanna Shupe finished the Uptown Girls trilogy with The Devil of Downtown (Avon, June 30), bringing romance to Gilded Age New York.

And to end on a bittersweet note: Randall Kenan’s fans waited nearly 30 years for him to return to the fictional Tims Creek, North Carolina, last seen in Let the Dead Bury Their Dead (Harcourt, 1992). He published If I Had Two Wings (Norton, Aug. 4) to acclaim this summer but unexpectedly died three weeks later. How lucky we are to have this final collection from him; our review proclaimed, “It is a feast.”