Books to Grab at NYCC 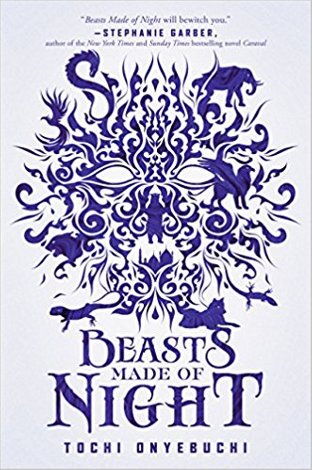 Holy cosplay-clad fandom, Batman! It’s time for New York Comic Con! Running from October 4 through 6, nearly 200,000 devoted fans will make their way to the Javits Convention Center in whole-hearted celebration of all things pop-geekery. With booths representing the biggest franchises and powerhouses in the industry (Marvel, DC) to the energy and hustle of indie creator tables in Artist’s Alley, NYCC has something for everyone.

This, of course, includes science fiction and fantasy books.

While San Diego Comic Con wins on the scale of television, film, and celebrity appearances (and most people trying to fit into an insufficient amount space), New York Comic Con wins for the SFF book geek (e.g. yours truly). This year promises beautiful collectible hardcover limited editions as well as signings from Star Wars canon authors, panels on intersectional feminism in genre fiction, and candid discussions about diversity and woke science fiction.

Here are a smattering of our most-coveted books that will be available at NYCC this year:

Dungeons and Dragons Art and Arcana: A Visual History by Michael Witwer, Kyle Newman, Jon Peterson and Sam Witwer. If Dungeons and Dragons was your thing as a kid, or your thing now, or even if you’ve always been interested in the concept but haven’t had the chance to play, this book is for you. A visual guide to the evolution and history of the game, Art and Arcana tells the story of the popular RPG through the lens of art. Trust me — you’ll want a copy.

Beasts Made of Night and Crown of Thunder by Tochi Onyebuchi. A Nigerian-inspired fantasy series, drawing from Onyebuchi’s heritage, these books imagine a world in which sins can be called forth by mages, and sin-eaters bear the cost of those transgressions — they wear them on their skin, and feel as though they themselves committed the sin. Following a young sin-eater named Taj, the series examines the meaning of guilt and justice, and the innocent lives that may hang in the balance.

Solo: A Star Wars Story by Mur Lafferty. Novelizations of Star Wars movies go either way — sometimes they are terrible (see The Force Awakens), and sometimes they are brilliant (see Rogue One). This adaptation of the Han Solo film includes additional scenes not in the film, drawing from alternate scripts. This includes more Han-as-Imperial-Navy-washout and, most excitingly, more Qi’ra.

Four Dead Queens by Astrid Scholte. In this YA fantasy, four queens rule a realm of the Quadara, each with a different economic specialty: education, entertainment, agriculture, and technology. The four realms are connected at the Concord — the original intersection of the land’s Cartesian coordinate system, if you will. Here is where a thief named Karalie takes a job and stumbles across a terrible secret and watches all four queens murdered — and finds herself drawn into the mystery.

The Deepest Blue by Sarah Beth Durst. This fantasy novel returns to Durst’s wondrous world of Renthia — the setting of her just-concluded Queens of Renthia trilogy. In The Deepest Blue, a standalone companion novel, we leave Aratay and Semo for the Isles of Belene, where the same spirits run amok and threaten to destroy all human life — lest they are held in check by a powerful queen. Mayara has only wanted a life of quiet happiness and guards a secret power; one that she is forced to use when her lover is attacked.
MORE FEATURES
POPULAR KIRKUS STARS