A Boy and His Skunk 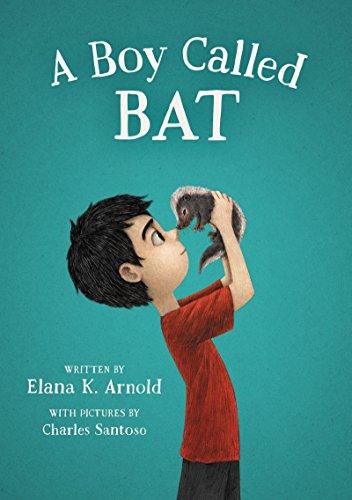 “I love him,” Bat said. He hadn’t meant to say it out loud. Mom laughed. “Careful, or you might make me jealous,” she said.
“But it’s true,” Bat said. “I love him.” Mom said they’d have to hand the kit over to the rescue center in a month. But Bat, holding the tiny animal in his arms, made a silent promise that he’d figure out a way to keep him.

Bixby Alexander Tam—nicknamed Bat—is in third grade. He loves animals, wants to be a veterinarian like his mother, and spends as much time as he can with his classroom’s pet, Babycakes the Angora rabbit. When Bat’s mom brings home an orphaned skunk kit, Bat falls in love immediately—and knows he has to find a way to convince his mother to keep him until it’s time to release him back into the wild.

I want this book in as many hands as possible, so I’m going to give you the short version first:

If I could slap a giant heart-eyes emoji on the cover of this book and hand it to everyone, everyone, EVERYONE, I would. I love it.

I love Bat, I love Bat’s family and his classmates and his teacher, I love Bat’s mother’s veterinary practice and Laurence the vet tech, I love Thor and Babycakes. This book is so warm, so cozy, so loving, that halfway through reading, I changed into my pajamas and read the rest of it all snuggled up in bed.

If you haven’t pre-ordered it already, do yourself a favor and do so right now.

I love that this book features a neurodiverse main character, but that it doesn’t use any of the obnoxious (or flat-out offensive) story or character tropes commonly associated with autism. While all of the other characters are well-drawn and three-dimensional, this is Bat’s story—and while that’s a statement that sounds like it should be a given, it isn’t.

As I said above, though, that’s just a part of what makes this book shine—because it shines in every other way imaginable, too. Due to the simplicity of the words Arnold uses and the straightforwardness of her descriptions, I suspect that some—let’s face it, especially adult—readers might not pick up on how beautifully written it is, how emotionally rich, or even the flat-out gorgeousness of how she uses physical details to convey emotion again and again and again. Here’s an example:

Bat loved braiding Janie’s hair, even though he usually wasn’t very good at hand things. He liked the feeling of the damp, heavy hair; he liked organizing it into a series of smaller, neatly contained braids; he liked feeling close to Janie like this, by helping her and touching her, without having to have a big conversation that might turn into a fight.

The rhythm in that passage kills me, and I find it impossible to read it silently—if you haven’t already, read it aloud to see what I mean. On the surface, we have a two-sentence, quiet description of a moment between Bat and his older sister. It’s a warm, loving moment, and I love it for that alone. But it’s even more than that.

In this moment, we see Bat enjoying an activity that is generally challenging for him—hand things—and we see Janie, who has a tendency to be quite prickly, enjoying it too. And we know from this passage and from the paragraphs that precede it that this is something they do on a semi-regular basis. While I’ve focused mostly on Bat here, the sibling dynamics in this book are fantastic—they clash, they get frustrated, Bat insults Janie without meaning to and Janie teases Bat even though she knows she shouldn’t, but their love for one another is never, ever in question.

*flails* IT’S JUST SO GOOD. I’m so excited that it’s the first in a series.

Did I mention that you should pre-order it? Because you should.