Cleanse Your Reading Palate with These Fun Non-Fiction Finds for Science Fiction, Fantasy, and Horror Fans 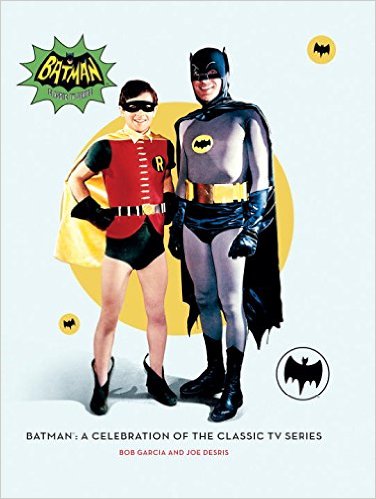 One of the greatest aspects of reading fiction is the variety of stories in which readers can immerse themselves. Do you want to travel in time? There's a story for that. Do you want to read something funny? Science fiction and fantasy has you covered there, too. You can get whisked away to the Old West, the far future, or even to made-up fantasylands. The possibilities are endless.

There's more to squeeze out of your affinity for speculative fiction than just fiction. There are endless handfuls of sff-related non-fiction books to dive into, as well. Here are some recent ones that will help you clean your reading palate between reads…

Perhaps one of the best palate cleansers for readers is something that does more than offer words on a page. Art books are perfect in that regard. I first discovered the Spectrum art book series many years ago, while casually browsing the science fiction and fantasy section of my neighborhood bookstore. When I picked it up, I was simply not prepared for the wonderful wake-up call for my visual senses. This finely made (and heavy!) glamourous art book series is jam-packed with some of the most beautiful pieces of art you will ever see. That tradition has continued annually for more than two decades, as evidenced by the latest book in the series: Spectrum 22. All of the work in the book revolves around "fantastic" ideas, where "fantastic" is not only used to mean extraordinarily good, but also "remote from reality." This wonderfully designed coffee table book contains more than the expected traditional illustrations; it also boasts pieces made in different media (like sculptures) and art produced for a variety of market segments (like books, video games, films and advertising). All of the mind-expanding images it contains contain hidden treasures that reward repeated viewing, even years later. Quite simply, it's a visual feast.

Who doesn't love a good ghost story? If you have anything more than a passing familiarity with ghost stories, then you've undoubtedly heard of M.R. James (1862 – 1936), who is regarded as one of the best writers of ghost stories. (If you haven't heard of M.R. James, now you know. You're welcome.) His stories, such as "Oh, Whistle, and I’ll Come to You, My Lad," have seen multiple reprints over the years and several adaptations for other media like radio and television. James was not just an author, but also a medievalist scholar. In a new non-fiction book, Medieval Studies and the Ghost Stories of M. R. James, Patrick J. Murphy argues that James' career as both a medievalist scholar and as a writer are inextricably linked. According to Murphy, James' fiction stories were informed by what he learned in his studies of medieval manuscripts. It also reflected his frustrations with academic life. Murphy's interesting book shows that perhaps M.R. James' stories were more than just idle pieces of entertainment.

The Caped Crusade by Glen Weldon

The fictional character of Batman has never left the public consciousness since he was first introduced in Detective Comics #27 in 1939. Although born in the pages of comic books, his appeal demanded a more widespread presence. He eventually became a TV hero (see below), a film icon, and an undeniable pop culture mainstay. In his new book, The Caped Crusade: Batman and the Rise of Nerd Culture, author Glen Weldon offers an entertaining and insightful look into Batman's cultural impact through nearly eight decades of fighting crime. He looks at Batman's various depictions – whether light, dark, or campy – his awesome tech gadgets, and more, always with a focus on real-world pop culture. Batman, the book maintains, is in fact the perfect lens through which to examine nerd culture.

Batman: A Celebration of the Classic TV Series by Bob Garcia & Joe Desris

My very first experience with Batman was in reruns of the 1960's television program staring Adam West. Perhaps that's why I find another new Batman-related book so much fun. Batman: A Celebration of the Classic TV Series by Bob Garcia & Joe Desris is a must-have for fans of the TV show. This wonderful treasure is stuffed with classic on-set and behind-the-scenes images, rare stills, production art, and more. The authors also provide seemingly endless and always interesting background on the beloved show…everything from the history of its production, casting, gadgets, the infamous batmobile (not to mention the other vehicles), the batcave, the parade of guest stars (and their recollections of their time on the show), and so much more. It even comes with its own Bat utility belt. Holy completeness!