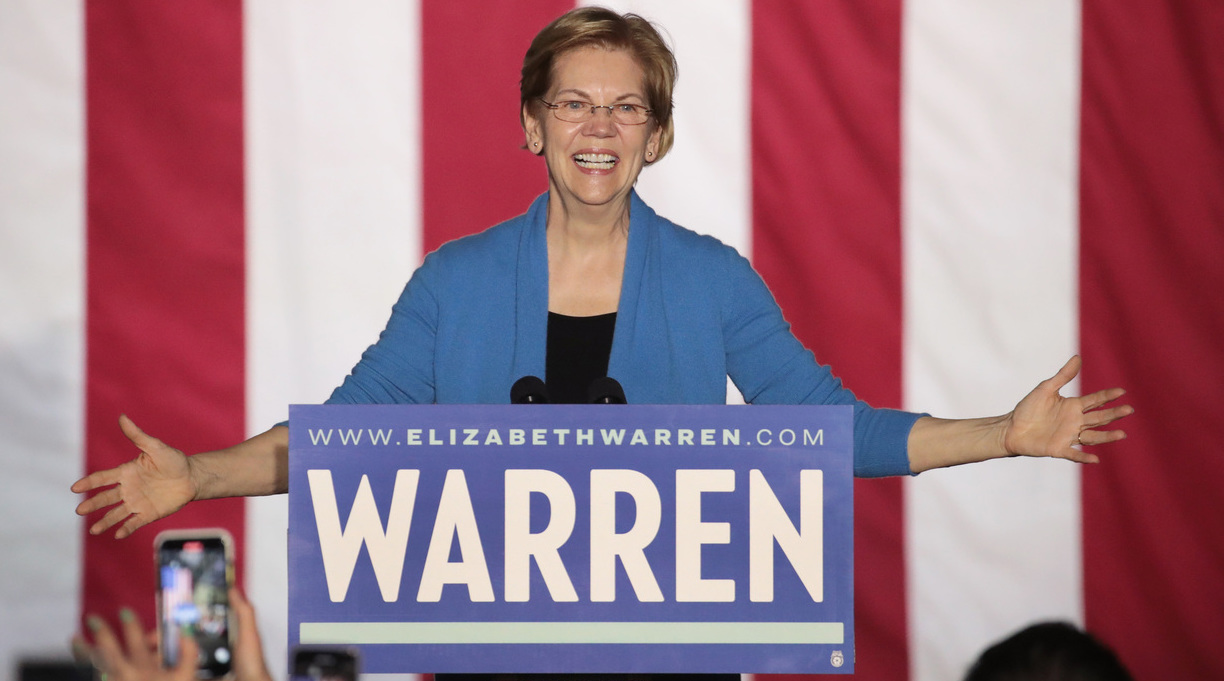 Henry Holt and Company will publish Warren’s Pinkie Promises, her first book for young readers. The book, illustrated by Charlene Chua, is named after the gesture the senator would frequently share with young girls on the campaign trail.

An Amazon page for the book shows its cover, which features an illustration of Warren and a girl locking pinkies. A dog, who looks like Warren’s golden retriever, Bailey, looks on, its tongue happily sticking out.

The book tells the story of Polly, a girl who meets a presidential candidate at a rally. The two “make a pinkie promise to remember all the things that girls do.”

“The pinkie promises I’ve made with thousands of girls will stay with me always,” Warren said in a statement. “Those promises are a reminder of our strength, and I hope this book will encourage even the youngest readers to dream big—because that’s what girls do.”

Warren is the author of several books, including A Fighting Chance and This Fight Is Our Fight. In December, she announced that her next book for adults, Persist, will be published by Holt in April.

Pinkie Promises is slated for publication on Oct. 12.