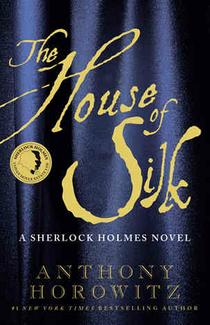 When, in 1886, Scottish physician Arthur Conan Doyle created his fictional “consulting detective” in the novel A Study in Scarlet, he didn’t expect the man to outlive him.

However, the egotistical, eccentric and narrowly brilliant English sleuth he originally called Sherrinford Holmes—later rechristened Sherlock—went on to star not only in three more novels but also 56 short stories by Conan Doyle. And though the doctor sought to kill off his protagonist in the 1893 tale “The Final Problem,” he was unsuccessful. Fans ultimately convinced Conan Doyle to bring Holmes back from the grave. Even today, eight decades after his creator died of a heart attack in East Sussex, Holmes continues to track murderers and other malefactors through the fog-shrouded streets of old London, albeit at the direction of other authors.

Again, this non-Doylean proliferation of Holmes yarns was not intended. For many years Conan Doyle’s estate hoped to prevent other writers from employing Holmes and his faithful chronicler, Dr. John Watson, in their own fiction. In 1944, for instance, it tried to suppress The Misadventures of Sherlock Holmes, an anthology of parodies and pastiches edited by Ellery Queen—but to no avail. Then Conan Doyle’s own son, Adrian, collaborated with John Dickson Carr on a collection of stories called The Exploits of Sherlock Holmes (1954), and the floodgates of Holmes knock-offs were thrown wide open, letting through such notable novels as Nicholas Meyer’s The Seven-Per-Cent Solution (1974), which made much of Holmes’ cocaine habit; Laurie R. King’s The Beekeeper’s Apprentice (1994), which introduced a retired Holmes to a much-younger woman, Mary Russell, whom he’d go on to wed and enlist in his investigations; Larry Millett’s Sherlock Holmes and the Ice Palace Murders (1998), in which Holmes tackled the disappearance of an affianced heir in wintertime Minnesota; and Lyndsay Faye’s Dust and Shadow (2009), about the tenants of 221B Baker Street chasing after that Gilded Age fiend, Jack the Ripper.

Now comes The House of Silk, by Anthony Horowitz. Publicized as the first addition to the Holmes canon to have been penned with the endorsement of Conan Doyle’s estate (probably a quibbling distinction for most readers), this novel nicely captures the storytelling tone of Holmes’ inventor in a galloping adventure that boasts enough twists, ominous turns and urgent nocturnal escapades to make modern moviemakers salivate. That cinematic quality was predictable, given Horowitz’s background. In addition to his having composed a series of young-adult novels starring teenage spy Alex Rider (Scorpia Rising, 2011), he’s a screenwriter and the creator of the World War II-era TV detective series Foyle’s War.

As this book opens, we find an elderly Dr. Watson gazing lovingly back upon his lengthy association with Holmes:

“It is a year since Holmes was found at his home on the Downs, stretched out and still, that great mind for ever silenced. When I heard the news, I realised that I had lost not just my closest companion and friend but, in many ways, the reason for my existence. Two marriages, three children, seven grandchildren, a successful career in medicine and the Order of Merit awarded to me by His Majesty King Edward VII in 1908 might be considered achievement enough for anyone. But not for me. I miss him to this day and sometimes, in my waking moments, I fancy that I hear them still, those familiar words: ‘The game’s afoot, Watson!’”

Hoping to relive those exciting days pursuing criminals, Watson is finally setting down in print one of Holmes’ early cases. This one’s such a shocker, he promises, that the details “would tear apart the entire fabric of society” were they known too soon. Therefore, he’ll consign his manuscript to a vault for the next 100 years.

The writing effort sends Watson’s mind back to the winter of 1890. The doctor, then briefly abandoned by his wife—who’s gone off to help a sick child—has dropped in on Holmes at Baker Street, when comes knocking a prosperous art dealer named Edmund Carstairs. It seems Carstairs is being watched, not too furtively, by a man in a flat cap, who he’s convinced is associated with a gang of thieves responsible for destroying a shipment of valuable paintings he’d sent to America months before. Carstairs’ disquisition on that catastrophe rolls on for page after page in a style familiar from some of Conan Doyle’s original Holmes narratives. The great detective listens to this prospective client’s account, but ultimately tells him there’s nothing he can do to help.

Soon after, though, Carstairs’ residence is broken into and his safe ransacked. Holmes and Watson investigate, meet the art dealer’s young wife and his perhaps mad sister, and then assign their usual squadron of street urchins—the Baker Street Irregulars—to locate a sapphire necklace filched from Carstairs’ safe and probably pawned. This leads the pair to a dilapidated hotel where they discover the man who was following Carstairs, murdered with a knife in his neck. The boy who’d been watching that hotel thereafter disappears, and Holmes’ attempt to locate him leads to a school for orphaned children, a terrified girl and a mystery surrounding something called the House of Silk—a mystery that Holmes’ elder, government-connected brother, Mycroft, warns could lead to the detective’s premature obituary. “Forget the House of Silk, Sherlock,” says Mycroft Holmes. “Never mention those words again.” If only the pipe-smoking sleuth had listened, he might have saved himself later being set up and imprisoned for the slaying of a young woman outside an opium den, a plot turn that shows how important it is to some people that the House of Silk remain a secret.

Author Horowitz delivers some dramatic tableaux in these pages, including a railway robbery, a prison escape and a horse-drawn carriage chase. Although Watson in his hands is somewhat more introspective than Conan Doyle might have made him, the Holmes we see here is just as cryptic and clever as we’ve come to expect. Perhaps the only disappointing thing about The House of Silk is that, following Watson’s build-up about the disturbing nature of the solution to this case, the denouement is not nearly so inventive or disturbing as one expects. It’s rather blandly evil, in fact. But perhaps that’s taking a jaded, 21st-century viewpoint. One can only imagine the extreme dudgeon and disgust Victorian Brits—Arthur Conan Doyle, among them—might have summoned over the same affair.