Finalists for the 2022 Kirkus Prize Are Revealed 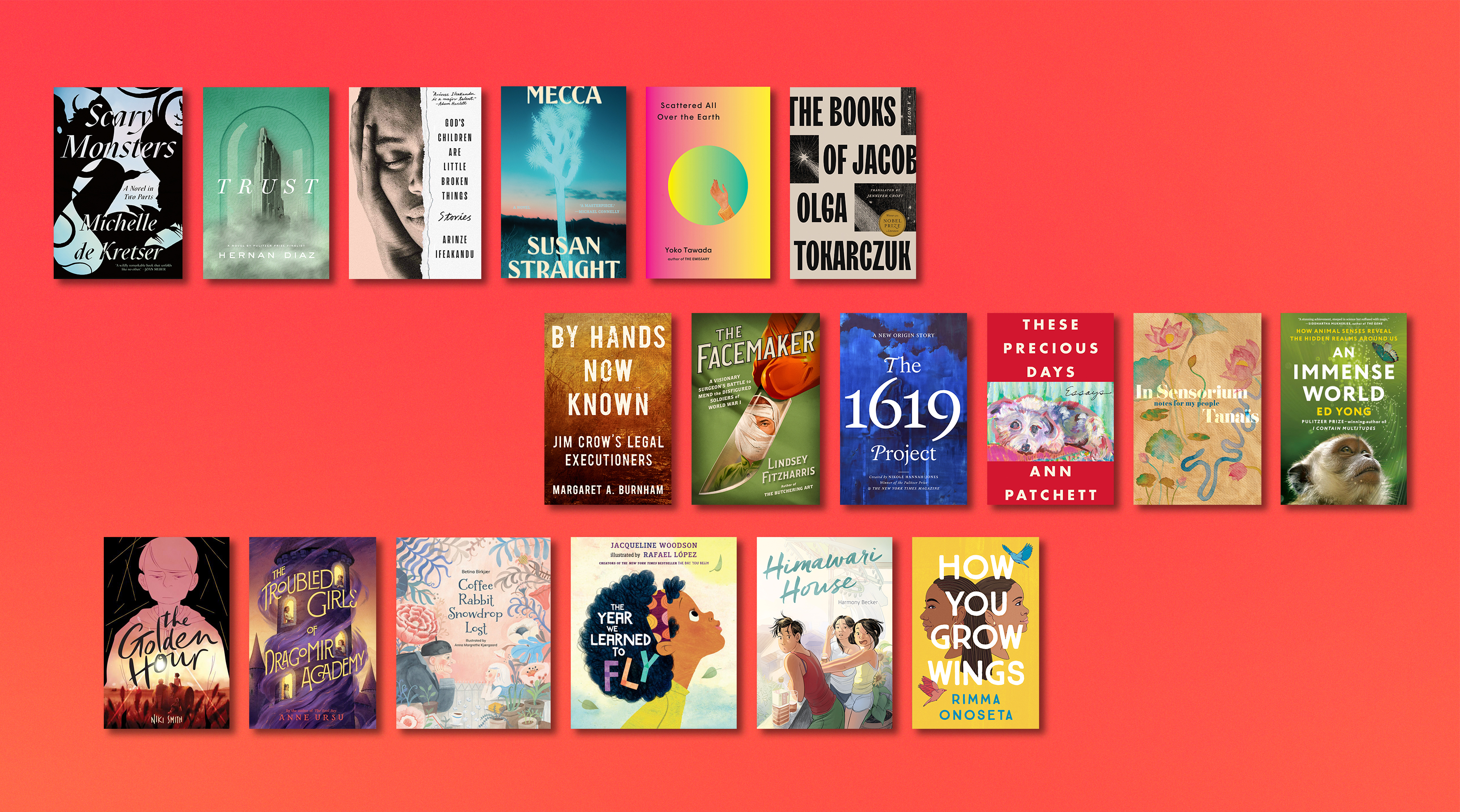 The finalists for the 2022 Kirkus Prize have been announced, with 18 works of fiction, nonfiction, and young readers’ literature in the running for some of the richest annual literary awards in the world.

Michelle de Kretser made the shortlist in the fiction category for Scary Monsters, along with Hernan Diaz for Trust, Arinze Ifeakandu for God’s Children Are Little Broken Things, and Susan Straight for Mecca. Two translated works were named finalists: Scattered All Over the Earth, written by Yoko Tawada and translated by Margaret Mitsutani, and The Books of Jacob, written by Nobel laureate Olga Tokarczuk and translated by Jennifer Croft.

Margaret A. Burnham’s By Hands Now Known: Jim Crow’s Legal Executioners was named a finalist in the nonfiction category, along with The Facemaker: A Visionary Surgeon’s Battle To Mend the Disfigured Soldiers of World War I by Lindsey Fitzharris; The 1619 Project: A New Origin Story, edited by Nikole Hannah-Jones, Caitlin Roper, Ilena Silverman, and Jake Silverstein; These Precious Days: Essaysby Ann Patchett; In Sensorium: Notes for My People by Tanaïs; and An Immense World: How Animal Senses Reveal the Hidden Realms Around Us by Ed Yong.

The finalists for the young readers’ literature prize are divided into three subcategories of two books each. In picture books, author Betina Birkjær, illustrator Anna Margrethe Kjærgaard, and translator Sinéad Quirke Køngerskov were named finalists for their book Coffee, Rabbit, Snowdrop, Lost; as were author Jacqueline Woodson and illustrator Rafael López for The Year We Learned to Fly.

The middle-grade finalists are Niki Smith for The Golden Hour and Anne Ursu for The Troubled Girls of Dragomir Academy, while the young adult finalists are Harmony Becker for Himawari House and Rimma Onoseta for How You Grow Wings.

The winners in each of the categories will receive a $50,000 cash award. Books become contenders for the prizes by receiving starred reviews from Kirkus, which are given for “exceptional merit” to approximately 10% of all books reviewed by the publication.

“This year’s crop of Kirkus Prize finalists is an exhilaratingly diverse collection of books on a wide range of topics from authors across the United States and around the globe,” said Tom Beer, Kirkus’ editor-in-chief. “Chosen by our hardworking judges from among the very best books our critics reviewed in the past year, these titles are truly on the top shelf of contemporary literature.”

Winners of the prizes will be announced on Oct. 27 in a ceremony at the Austin Central Library in Austin, Texas. The ceremony, which will be livestreamed on Kirkus’ YouTube channel starting at 7 p.m EDT, will be the first in-person one since 2019.

“It’s been three years since we’ve been able to celebrate in real life, and we are giddy with excitement,” said Meg LaBorde Kuehn, the CEO of Kirkus. “Our virtual ceremonies gave us the opportunity to share special, previously semi-private moments with a global audience, though, and we are committed to delivering that access online once again.”