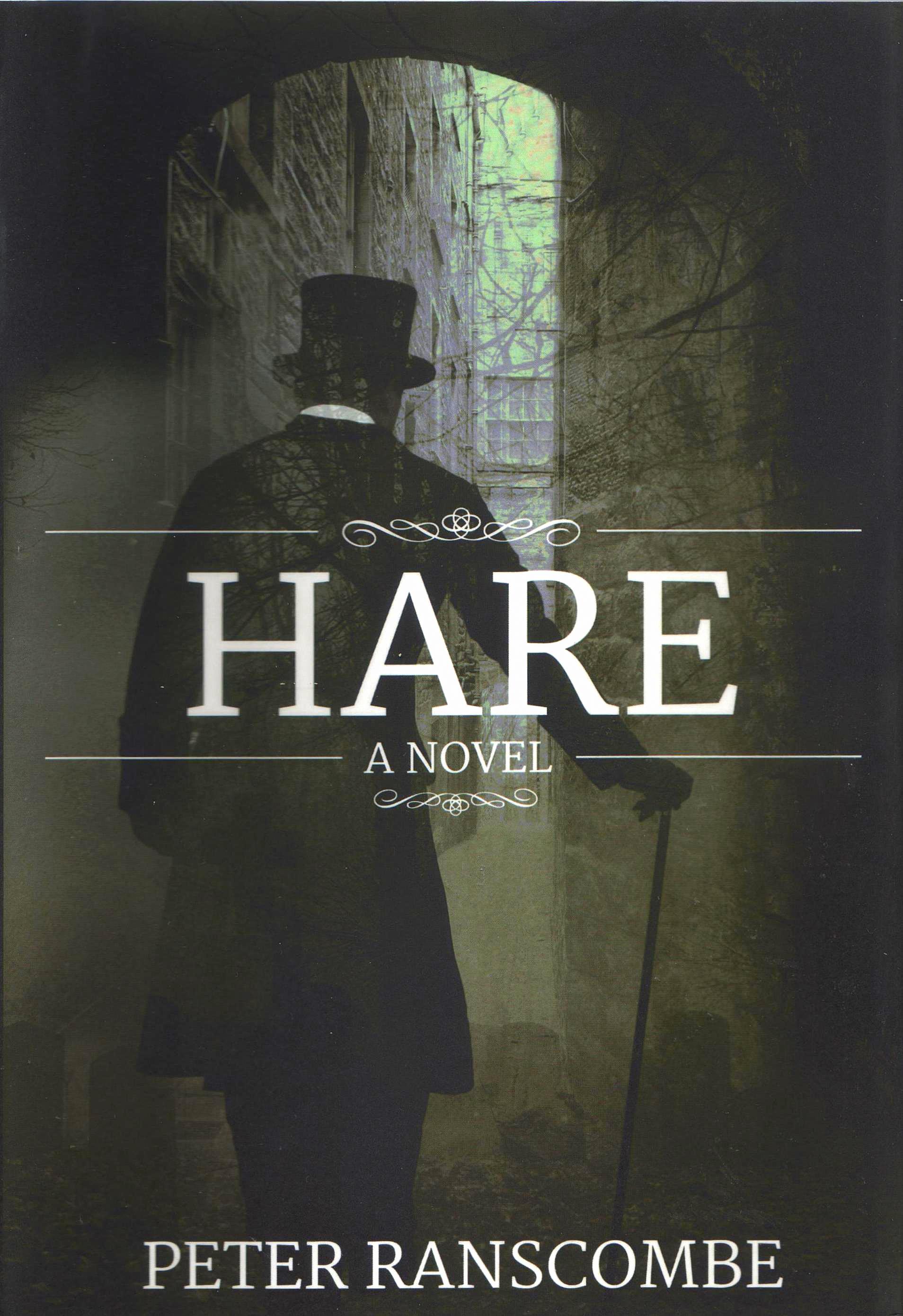 So here are the bloody facts of the case: Just after Halloween, 1828, William Burke and William Hare—immigrants from Ireland’s northern Ulster province, who had come to work in Scotland on canal excavations—were arrested in Edinburgh, along with Hare’s wife and Burke’s mistress. The charge: murder. It was alleged that during the previous 10 or 11 months, they’d killed at least 15 people (possibly as many as 30) and peddled their corpses to a renowned anatomist, Dr. Robert Knox. At the time, British medical schools had trouble acquiring cadavers for teaching and study purposes, in part because the number of misdeeds punishable by hanging had been significantly reduced. (There were once more than 200 such offenses on the books.) These changes encouraged the activities of “resurrectionists,” who filched stiffs from fresh graves under cover of darkness and sold them for scientific research.

Burke and Hare brought innovation to this endeavor. Rather than wait around for people to die naturally, and then dig up their bodies (which was becoming a dicey matter as graveyards hired night watchmen), the pair suckered and exterminated acquaintances, tenants of Mrs. Hare’s lodging house and even a relative or two in order to acquire dissectible carcasses. They were brought down only after a couple staying with Mrs. Hare discovered a dead woman tucked beneath a bed and squawked to police. Although the deceased had disappeared by the time constables arrived, an anonymous tip led them to Knox’s surgery, where her remains had been sent.

A month’s interrogation ensued, and still police couldn’t build a conclusive case against Burke and Hare. As a result, Hare—who many people believed had followed Burke’s lead in the violence—was offered immunity from prosecution in exchange for testifying against his partner. Hare accepted, and on January 28, 1829, William Burke was hanged amid a torrential rain and in front of a crowd numbering 20,000 or more. Knox, meanwhile, wasn’t prosecuted, despite his complicity in the grisly doings having been forever determined by a children’s skipping rhyme:

Burke’s the butcher, Hare’s the thief,

Knox the boy who buys the beef!

And what became of William Hare? “After a civil case against him was dropped, he was bundled out of Edinburgh on a mail coach to avoid the angry mob,” explains Scottish journalist-turned-fictionist Peter Ranscombe. “He was last seen crossing the border into [North West] England near Carlisle, and after that the historical trail goes cold.”

Which is just as well, from Ranscombe’s perspective. It left him plenty of room to imagine the balance of that notorious character’s life, which he does quite skillfully in his briskly paced new thriller, Hare.

This account finds its footing in Boston in 1863. While the American Civil War rages through states to the south, newspapers serving the Massachusetts capital fill space between battlefield reports with news of slain local dockworkers and “a spate of grave robberies.” Not surprisingly, given the 19th-century tendency toward sensationalism in the press, reader-grabbing links are being made between those cemetery desecrations and a particularly malevolent pair of Edinburghers. This, much to the displeasure of police captain Alexander Gillespie. “They don’t know their history,” he grouses to a colleague. “Burke and Hare were murderers, not grave robbers.”

Gillespie should know: He was a young police patrolman in Edinburgh back when Burke and Hare were preying on that city’s populace, and he barely missed an opportunity to nab the duo while they were procuring one of their victims. The copper’s resentment around that failure quickly festered, to the point that when he spotted Hare among the gawkers at Burke’s execution, he charged after him with a knife. Had the unconvicted killer been slower to react, he’d have perished that damp morning, rather than live the remainder of his days with a blade-scarred cheek.

Now, more than three decades later, the 51-year-old Gillespie, having shifted his employment to the Boston police, is confronted with crimes similar to those perpetrated in Edinburgh. And when he learns that one of the laborers lacking an alibi for the recent homicides—a foreman on a local canal-building project called Edward Laird—is actually the felonious William Hare, he’s sure he has his culprit. The Irishman’s protestations of innocence, and his claims that he was snug at home with his wife and children when the last murder occurred, fail to sway Gillespie. So does the fact that Hare was in custody when other dockworkers meet their gruesome ends. Not even Hare’s efforts to save Gillespie’s life during a fiery assault on police headquarters convince the captain he should give his old nemesis the benefit of the doubt. “I know that Hare is still the key to this,” he insists. “You can’t have a series of murders like this and then a known felon turning up at random.”

Finally told by his stiff-necked superior to stop hounding Hare without proof of the latter’s wrongdoing, Gillespie determines that the best way to keep the suspect under surveillance is by enlisting him in a scheme to flush out whoever else might be responsible for their city’s odd new crime spree. It’s a plan that will result in still more deaths, threats to Hare’s loved ones and revelations of a bizarre conspiracy to tip the scales in the conflict between the Union and the Confederacy.

Author Ranscombe, who spent nine years covering business and other beats for Edinburgh’s Scotsman newspaper, before leaving in 2014 “during a round of voluntary redundancies,” traces his interest in mid-19th-century America back to Ken Burns’ 1990 PBS-TV documentary, The Civil War, which he watched as “a wee boy” (Ranscombe is only 32 now). He says his decision to set his debut novel in Boston came about because “I know that the city has a lot of strong Irish connections and, with both William Hare and William Burke being Irish, it felt plausible that Hare could have escaped to America.”

When asked whether his impressions of Hare changed at all during the researching and penning of this book, Ranscombe notes: “While there have been a lot of words written about Burke—based around the confessions he gave—relatively little has been written about Hare. We don’t even know for sure in which year he was born. So, just like his ultimate fate, there was a lot of free rein when it came to creating my fictional version of Hare. One interesting theme that struck me during the research was that Burke confessed his sins after being convicted—he appeared to be distraught by his actions. So I wondered if perhaps Hare may have felt the same guilt later in life.”

The William Hare that Ranscombe portrays so vividly in these pages, partly through illuminating flashbacks, can seem pitiful at times, his struggles toward a more righteous existence perpetually frustrated by skeptics, such as Capt. Gillespie, who are convinced that evil ways, once followed, can never be escaped. We witness Hare in his late 50s, a (literally) haunted individual trying to make up for his wildly misspent youth by becoming a simple family man, a taciturn but responsible member of his community, somebody capable of displaying considerable courage, even if it’s only the courage of the condemned. In several respects, he and Gillespie are two sides of a similar coin. “I wanted to play around with the idea of who was the hero and who was the villain,” explains Ranscombe. “Gillespie is a policeman, but hopefully he has both light and shade, while Hare is a murderer, but a murderer who is looking for redemption. Whether he has found that redemption or not is up to the reader to decide….[The two men] came from similar backgrounds but chose differing paths.” The novel Hare, he adds, was designed to take both characters on soul-searching journeys.

That Ranscombe concentrates so much time and energy on giving his two leads dimension is a good thing, not merely because they draw the reader through this yarn, but because their powerful presence makes one overlook some of Hare’s weaknesses. There’s a sexual interlude involving Gillespie, for instance, that contributes little other than titillation. The villains here tend to be rather shallow figures, predictable in their nefariousness. And there’s an armed assault on a country estate that seems designed to attract Hollywood’s interest to this book rather than increase the credibility of its plot. That said, Ranscombe does choreograph a chase sequence near the end that could hardly be more engaging.

It’s not an original idea to recruit a murderer’s aid in curtailing fictional crimes; Thomas Harris did it with Hannibal Lecter in Silence of the Lambs, Alex Scarrow accomplished something similar in his Jack the Ripper tale, The Candle Man, and of course Lizzie Borden executed an unexpected turn as sleuth in Walter Satterthwait’s Miss Lizzie. Nonetheless, the task offers no guarantee of success. Peter Ranscombe took 18 months pounding out Hare, writing it during “snatched moments” outside his regular work hours. Those labors paid off in an enthralling novel that might make you think twice about history’s simplistically condemnatory portrayal of a Scottish killer.