Memories of a Bohemian Childhood 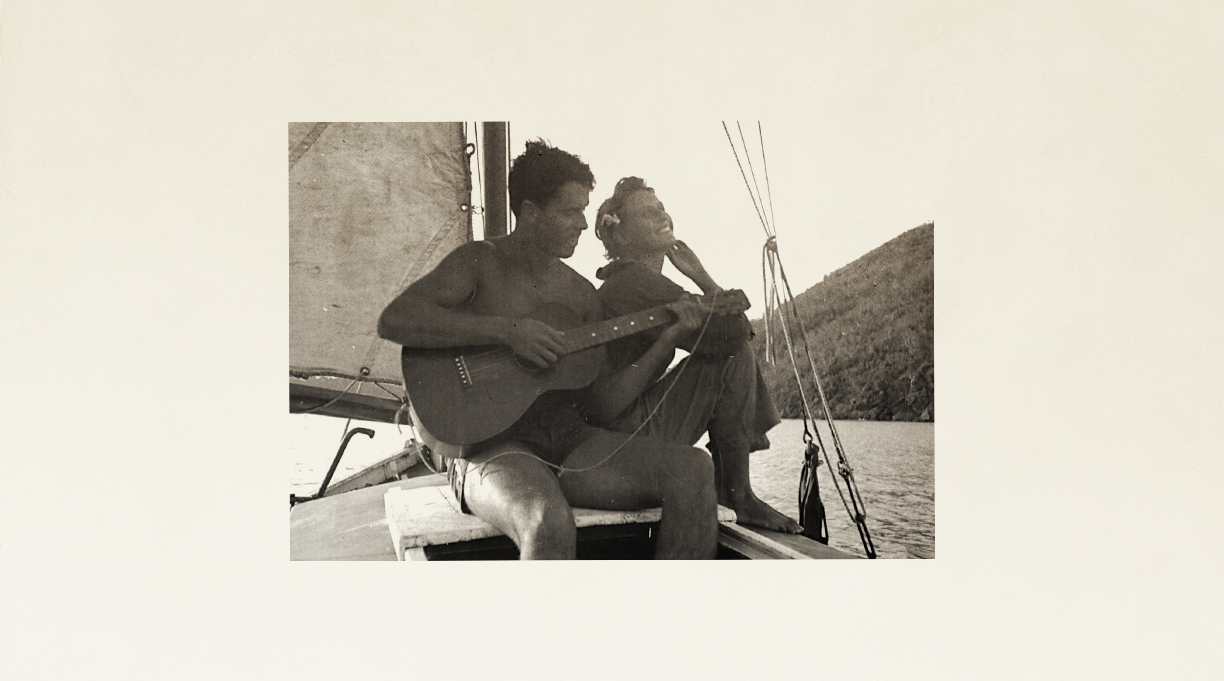 Hayden Herrera’s parents in the British Virgin Islands, 1935. Photo from the author

In 2016, Hayden Herrera, now 80, began filling yellow pads in longhand with the story of her unusual, terrible, magical childhood in New York City, Mexico City, and Cape Cod during the 1940s and ’50s. A year later, she began to type the manuscript that became Upper Bohemia (Simon and Schuster, June 22) into a computer.

As the Pulitzer Prize–nominated biographer of Frida Kahlo, Arshile Gorky, Isamu Noguchi and Henri Matisse, Herrera had toiled for decades in archives and libraries. As she explained in a Zoom conversation from her home on Cape Cod, “I was forever running around interviewing people and transcribing interviews. Noguchi took more than 10 years, Kahlo about five. The process of writing a memoir, which mainly involved calling my sister Blair to discuss this or that, seemed a pleasure.”

So did assembling the dozens of beautiful black-and white-photographs that accompany the text, including the cover image of the sisters leaning out of their father’s ragtop jalopy. Another car that plays a key role is the “Coche de Mama,” a Chrysler woody in which their mother drove the girls from Provincetown to Mexico City in 1950.

Plans for publication unfurled perfectly until March of last year, when Upper Bohemia became one of the books delayed by the uncertainties of Covid-19 lockdown. Herrera responded with less angst than most authors. “I was at our house in Vieques and I just decided, well, I’m going to be here for a long time.” And she got out those yellow pads and wrote a novel—something “I’d always wanted to do, but never had the guts to—about trying to get out from under my mother’s influence and freeing myself by forgiving her.”

Our conversation has been edited for length and clarity.

Your mother coined the phrase “upper bohemians” to describe her circle. What did she mean?

Both my mother and father came from wealthy families—my father was a Boston Brahmin, and my mother’s great-grandfather founded Cornell University—that lost all their money in the Depression. Despite their privileged backgrounds, their values were not materialistic at all. Both loved art, both painted, both had numerous love affairs, and both were married five times. Their friends were mostly writers and architects and musicians, and people didn’t care what you wore, particularly if it was a little handwoven Mexican something. In fact, my parents didn’t always wear clothes. They were both physically beautiful people; they loved their bodies and enjoyed showing them on the beach.

Our reviewer notes that you avoid the “self-pity common in this type of memoir, allowing readers directly into the experience.” Was this a conscious effort on your part?

No! It’s funny, I was brought up not to express rage but I felt as if some rage came through. My mother, as you’ve read, was a really selfish, narcissistic woman who was not attentive to her children. In writing about her I suppose I’m trying to get over being angry, which I think a lot of people have to do.

Also, as a child, you don’t know how life is supposed to be, so even if it’s really peculiar—which our lives were, getting dragged around from place to place, left to our own devices—one doesn’t judge, one just follows along. Perhaps that’s what comes through.

Who are your influences as a memoirist?

Mary Karr is so direct, her memoirs are so clearly written, they go straight into your heart.

I love the way Sally Mann used photographs in her memoir, and I was glad to be allowed to use them as she did, interspersed through the story. It would have been a completely different book if they’d been clumped in a separate section, as we do in biographies.

I also read Nabokov’s Speak, Memory, which I expected to love but didn’t. I felt it was indirect, all over the place. It irritated me. As I remember, in the first part, he talked endlessly about his aristocratic family background. I couldn’t figure out why he thought the reader would care.

That’s the sort of thing your mother would eschew. Will there be a sequel?

I haven’t done anything with it yet, but it’s already written. From age 12 to 21—teenage miseries. I was sent to Putney, a progressive school in Vermont, and my mother actually had to remove me because I was so depressed.

Is your mother your great subject?

I wish I could get away from her! No matter how many books I write to forgive and escape her, she stays inside of me. It’s as I say in the memoir, when she died in 1995 at the age of 86, something enormous, like sunshine, like the pull of gravity, went out of my life. But only for a while: I can still see and feel the golden glow radiating from her formidable strength.