A Hero's Second Round of Adventure 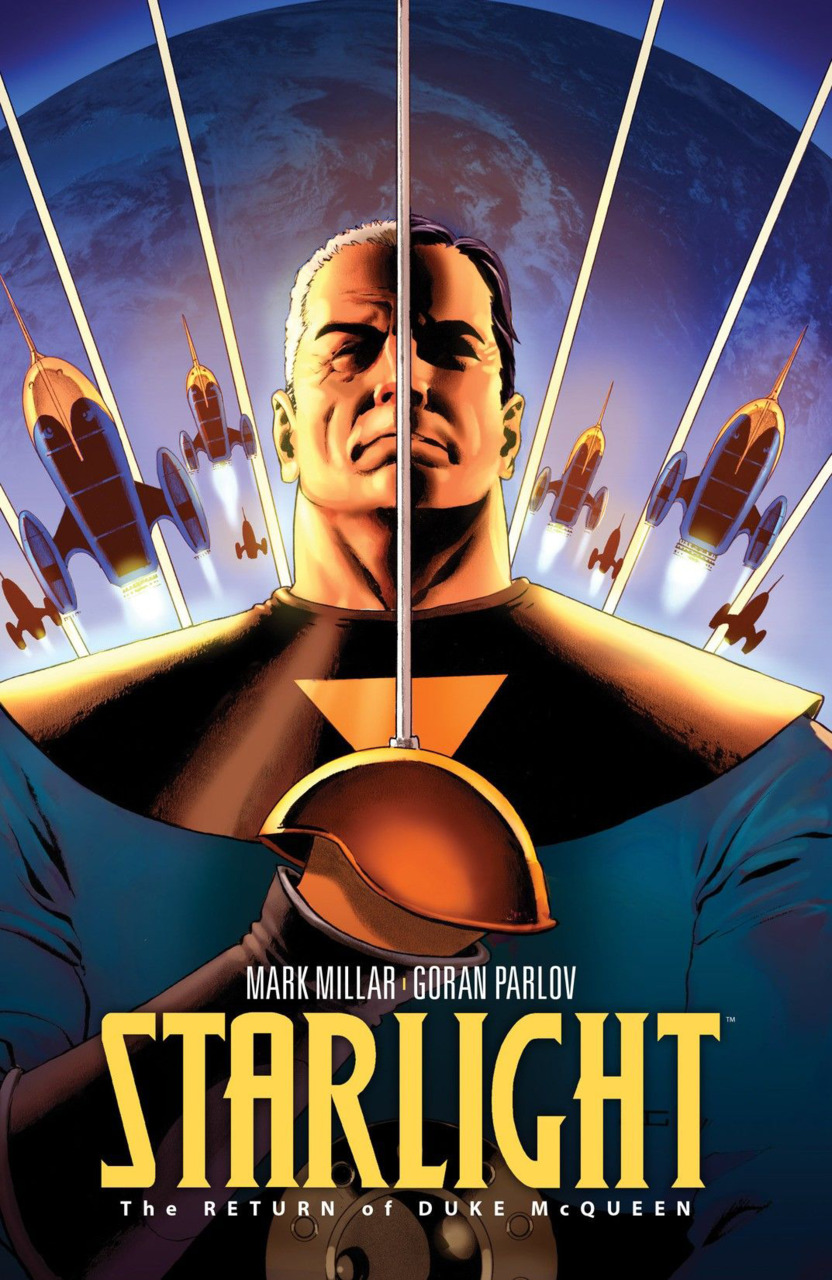 You’ve heard this story before: a hero gets transported to an alien world where a brutal dictator rules with an iron fist. Hero and dictator clash. Hero applies American concepts of truth, justice and whatnot to alien world and fights back against the evil ruler, eventually overthrowing the regime and restoring peace and freedom to a grateful populace.

That’s not what today’s graphic novel is about.

Don’t get me wrong, I love that story. It’s a pulp classic. It’s Flash Gordon, Buck Rogers, and even Farscape, a show I adored. But in an interesting twist, Starlight: The Return of Duke McQueen by Mark Millar (The Secret Service: Kingsman, Marvel’s Civil War) and Goran Parlov (Marvel Universe Vs The Punisher, Fury Max: My War Gone By), tells the story of what comes after the hero saves the planet and returns home to his family.

Duke McQueen, the hero and savior of Tantalus, is an old man. It’s been 40 years since he returned home to a world where no one believed he’d had the adventures of a lifetime. His children are grown and have kids and lives of their own. His beloved wife, his partner in life, was taken from him by cancer. There isn’t really anything left but memories.

On the anniversary of his wife’s passing, while feeling alone and aware of his age, a 12-year-old resistance fighter visits Duke McQueen from Tantalus. The boy stole a ship and traveled to Earth in search of the hero he grew up hearing stories about—because Tantalus needs a hero again.

Following the death of Typhon, an invading force attacked and enslaved the planet once again. They killed the queen and began stripping the planet of its natural resources. There is a resistance, but they’re desperately in need of help—they need Duke McQueen.

What an interesting story! I fell right into it. From the start, it had the feel of those old pulps and I really liked that. Being a fan of Flash Gordon especially, this book hit certain notes with me, some familiar, some not. The added layer of an older hero, combined with the undertones of what happens to a society following a regime change, made for a very compelling read.

Let’s talk about the older hero for a second. One of my favorite books came out in 2005, but I didn’t read it until just a couple years ago—Old Man’s War. If you haven’t read it yet, I’m about to give you a spoiler, but it’s one that comes fairly early in the book: the hero/main protagonist is someone who lived a full life before going off into space. Like him, Duke McQueen has lived a full life and built a family. He has all of that experience to draw on, but he also has the physical limitations of being a septuagenarian. And that just makes the story so much more interesting to me. He has a completely different perspective from his younger self.

The art is light and breezy. The colors simple and elegant.

I know I keep comparing this to other things I’ve enjoyed, and I’m going to add one more: Up. That movie from Disney/Pixar hit me when I first saw it. It was poignant and emotional, and there are parts of this story with this character that hit me the same way. His love for his wife and the life they had together, for example.

I feel like this is a love letter of sorts from Millar to all those classic pulp stories.

I’m glad he shared it with all of us.