Invasion of the Body-Snatching Books 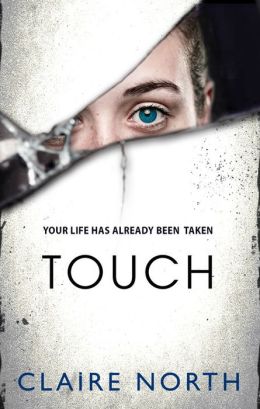 “I walk through people’s lives and I steal what I find. Their bodies, their time, their money, their friends, their lovers, their wives—I’ll take it all, if I want to.”

Kepler has stolen many lives.

Following 2014's much-loved SF/F novel The First Fifteen Lives of Harry August, Touch also follows a remarkable, different protagonist. Kepler is an old soul that follows its own set of rules for human hosts. The central conceit of the novel—jumping bodies with a single touch, hijacking their host's consciousness such that the host has no recollection of the time they've been possessed—opens an abundance of questions about free will, agency, identity, and most importantly, choice.

I loved Touch very much, in large part because of these thought-provoking questions...but moreso because the central conceit is such a smart mélange of horror tropes.

Fundamentally, Touch is a Body Snatcher book. Kepler and its ilk are similar to vampires and the evil parasites of demonic possession (there's a past example of humans who are wise to Kepler and the religious tort

ure/burning at the stake type cure that follows). Touch is also similar to stories of invading aliens, grand-theft-body–ing human hosts for their own ends, good or evil. There are subtropes or variations of this theme, in which two characters switch places (often to learn and empathize with the plight of the other), there are versions in which the host body rejects or is completely aware of its foreign consciousness, or in which the two consciousnesses form a symbiotic bond.

It's a literary tradition that can fall on either side of the spectrum, and I find this rather fascinating.

So! In that vein of thought, here is a list of body-snatching-type fiction, inspired by Claire North's superb Touch (which I urge everyone to read).

What’s Left of Me by Kat Zhang. The first of Zhang’s Hybrid Chronicles, What’s Left of Me showcases a world in which everyone is born with two souls sharing the same body—until one soul emerges as dominant, and the other simply disappears forever. But what if both souls survive puberty? This is an incredibly thought-provoking, deeply interesting series that asks many of the same questions as Touch regarding agency and boundaries, and is absolutely recommended.

Soulprint by Megan Miranda. Conversely, Soulprint examines the question of choice and repatriation from the perspective of a soul who cannot remember their past transgressions, but is asked to pay for the consequences. This YA novel came out around the same time as Touch, and satisfies as a thriller with thematic heft.

Starters by Lissa Price. While the duology doesn’t end very well (Enders is a du

d), Starters also gets at the creepy angle of North’s Touch. What if you were born into a world where the young and beautiful were given compensation to rent out their bodies to elderly rich folk, yearning for the vigor of youth? Creepy.

Desperation by Stephen King. Speaking of creepy, Desperation (and its companion novel The Regulators) tells the story of a small Nevada town where the space between worlds is thin, and an unfathomable evil has broken free. This moster, Tak, jumps into bodies of the townspeople and wears them out very quickly in horrific, disgusting, bloody awesome ways.

Every Day by David Levithan. Every day, A wakes up in the body of a new person—a hungover female teen, an overweight male teen. A has awoken in the body of gay teens and straight teens, in various ethnicities and of different social status. One day, though, A falls in love—and everything changes. There are romantic storylines in Kepler’s long life in Touch, and Every Day is a good analog for these emotionally resonant moments.

Wild Seed by Octavia Butler. The two protagonists in this novel are ancient creatures with great powers used to different ends (and with different respect for their human and animal lessers). While Anyanwu can shift her form to mimic whatever life she chooses, Doro jumps from body to body, killing the host’s consciousness in the process. In Touch, see the difference between Kepler and Galileo.

The Immortal by Christopher Pike. This was one of my very favorite Christopher Pike books as a young teenager, and it follows two best friends on a vacation to Greece…though it turns out that these two best friends have a very long history together. There isn’t really body jumping in this book, but the conceit of an immortal creature living a younger life is at the heart of this particular supernatural thriller.

was another favorite of my childhood, and both Stranger with my Face and Locked in Time follow different facets of tropes in Touch. In Stranger with my Face, Laurie learns that she has a twin sister, Lia, and that they were separated at birth. Lia teaches Laurie how to astral project her consciousness… which of course goes about as well as you think it does. Bodies are taken over, accidents happen, and Laurie has to figure out how to stop her evil twin and get back into her body. Good times.

The Host by Stephenie Meyer. Last but certainly not least, there’s Stephenie Meyer’s first adult-audience novel, following Twilight. Other than the ending of this particular book (Meyer has a penchant for writing really uncomfortable child-adult fated mate relationships), The Host is a powerful story about isolation, hope and the tricky art of co-existing. In this novel, aliens—small, delicate creatures of great intellect and age—have come to Earth and have taken over human host bodies. The eponymous host of this story is Melanie, a freedom-fighting young human woman, who is implanted with the consciousness of an alien known as Wanderer. Wanderer and Melanie form a tenuous bond of understanding and trust, and together they will try to change the world.

So there you have it: a list of body-snatching, consciousness-hopping novels that should appeal to fans of the trope, and of Touch. Are there any others you care to recommend?