Jerry Pournelle and the Personal Computer 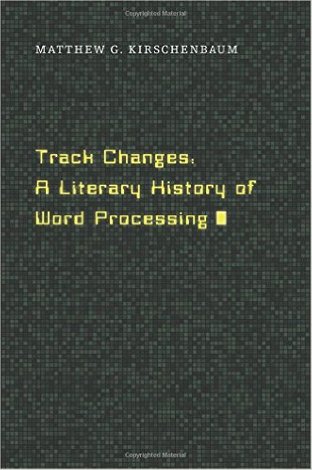 It’s something we take for granted nowadays: a glowing screen tucked away in a home office, at the dinner table, or on the coffee table in the living room. Computers have become ubiquitous in our lives in the last couple of decades, upending the way in which we receive information from all across the world. For decades, science fiction has been synonymous with technology and robotics, and, in many stories, predicted the use of computers. But what about the impact of the personal computer on authors writing novels?

Unsurprisingly, it was science fiction authors who were amongst the first to adopt the very real-world instruments that they themselves had conjured. It’s not hard to imagine why: the science fiction community has had its roots in amateur electronics and technology since the days of Hugo Gernsback and his earlier magazines. For decades, authors famously pounded away at typewriters or scribbled their stories down on paper. Writing stories was in and of itself a time-consuming activity, but there were added costs as well: editing a story required an author to rewrite their text, or type up multiple copies. For authors writing for a living, this constrained what they could produce.

This is where personal computers and word processing provided some help. In his recent book, Track Changes: A Literary History of Word Processing, Matthew G. Kirschenbaum takes a look at the larger impact that this technology had on the act of writing a novel. In it, he points to one science fiction author who, he believes, is one of the first to have utilized a computer in the way that virtually every author does today: Jerry Pournelle.

Born on August 7th, 1933 in Louisiana, Pournelle first became interested in science fiction while attending high school. In the 1950s, he served in the U.S. Army during the Korean War, and later worked in the defense industry. He studied Psychology at the University of Washington and later went on to earn advanced degrees in the field, eventually earning his PhD in Political Science. Along the way, he began to write, but wasn’t able to publish. “I became an aerospace engineer, not a professional writer,” He said in an e-mail. “While at Boeing I wrote short stories for John Campbell in the 50’s, but he didn’t buy any until just before he died.”

Pournelle’s first published story was “Peace with Honor”, which appeared in the May 1971 issue of Analog Science Fiction / Science Fact, and was followed that December by a short story titled “Ecology Now!” (under the name Wade Curtis) and a novel called A Spaceship for the King. Throughout the 1970s, he wrote a number of well-regarded novels: The Mote in God’s Eye (1974), which was nominated for the Hugo, Nebula, and Locus awards, and Lucifer’s Hammer (1977), which was nominated for a Hugo award, both co-authored by Larry Niven, as well other works.

Kirschenbaum notes that Pournelle had “been introduced to computers early in his career as tools for solving engineering problems, but it did not occur to him that they might also be of use for writing. That changed sometime in 1977.” Offered the chance to ‘fix up’ a pair of novels from short stories, he realized that a computer could help cut down on the work of retyping.

“I paid Tony Pietsch to build me the best machine he could, and paid him $12,000 all told,” Pournelle noted. The computer ran a program called Electric Pencil, the first word processing program for home computers, which had been released just the year before. Pournelle later began using a program that Pietsch programmed, which offered some improvements over Electric Pencil. The chief improvement, he noted was “correcting typos.” Pournelle claimed that he was a sloppy typist. “Before computers, I was an expert in WhiteOut and CorrectTape and other ways to correct mistakes on manuscripts.”

According to Kirschenbaum, Pournelle used the computer to begin writing up his drafts on his new computer. “It is clear even at this early stage that Zeke [his computer’s nickname] had already fulfilled the hope of increased productivity — in [an] article, Pournelle details revising a screenplay in an afternoon, and then composing and writing a 15,000 word story in three days. He estimated that it was saving him whole ‘months’ of typing and retyping, and it let him produce prose at ‘double’ the usual rate.” Kirschenbaum notes that this story was likely “Spirals”, which Pournelle co-authored with Larry Niven, and that it very well might have been the first work of fiction written entirely on a word processor. This is speculative: it’s hard to know exactly if this is the case, although the consensus seems to point to Pournelle as an early — if not the earliest — author to do so.

Regardless, this is an astounding jump in productivity as well as a major step forward for writers. The productivity gains would allow science fiction authors — who already relied on turning out stories quickly in order to make ends meet on the low payments offered by publications — to translate that work into a considerable boost when it came to income, despite the high cost of the machine. Authors saw the potential immediately. “Larry Niven saw my system, loved it, and had Tony Pietsch build him two of them,” Pournelle recalled. When he later threw a party at his home, a number of other authors “saw my system and wanted one. Greg Benford got Tony to build him a copy, and several others got Tony to find them someone local to them who’d do it for them.” The race to adopt the PC was on.

Not every science fiction author was ready to jump on the bandwagon. Isaac Asimov was famously ambivalent about them, writing in his autobiography I, Asimov, he “heard many stories about people getting word processors and then never using their typewriters again. I simply wasn’t going to do that to my typewriter, so I hardened my heart against the growing clamor all about me to the effect that I must get a word processor.” In 1981, a computer magazine offered to buy him one. “It arrived on May 6, 1981. I was appalled and did my best to pretend it wasn’t there, even though it sat in the middle of my library, well packaged in several boxes.

Asimov eventually buckled down and began to use it, and, by the end of the year, Radio Shack had hired him to be their spokesperson. He continued to prepare his manuscripts on the device. “The first book I turned out by way of the word processor was Exploring the Earth and the Cosmos. That was my 252nd book, and I now have 451. If I count the books now in press, this means that in the nine years I have so far had the word processor, I have put just over 200 books through its vitals… All told, I may have, as a rough estimate, put 10 to 11 million words through the machine.”

Other authors found the same thing. Arthur C. Clarke had begun to write a sequel to 2001: A Space Odyssey when he received an Archives III computer. “As soon as I realized what word processing could do,” Clarke noted in a biography, Arthur C. Clarke: The Authorized Biography, “all writing came to an abrupt halt.” He had already written up a hundred pages of 2010, and hired someone to type it up for him, and he resumed writing on the computer. “I can honestly say that I have never touched a typewriter again.” He noted that the computer eliminated much of the extra work required to write earlier, and that “he was writing more, and even after the nine-month writing marathon that produced 2010: Odyssey Two, he was generating a substantial amount of correspondence.”

The use of computers only grew from Pournelle’s first keystrokes in the 1970s. The cost has dropped from the $12,000 he paid (almost $48,000 in 2016 dollars!) for an early computer to just over $150 for a cheap Chromebook. This dramatic drop in price, coupled with the increases in raw power, has opened the door for creators in many ways. Virtually all working authors have a computer in their home, if not in their pocket. One notable example is Peter V. Brett, who wrote his debut novel The Warded Man on his HP Ipaq 6515 smartphone on the New York City Subway system while commuting to and from work every day. The computer is here to stay, and the novel has been forever changed because of it.