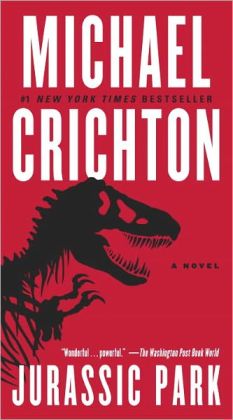 Just last week, a little movie called Jurassic World took the world by storm. In its first two weekends of being in theaters, Jurassic World shattered the previous opening weekend record (set by The Avengers) and has nearly amassed $1 billion in box office revenue internationally.

You could say it’s kind of a big deal.

Set 22 years following the disastrous events of Jurassic Park, the newest film in the franchise follows the fully operational and hugely successful theme park, Jurassic World. Like any other theme park, however, JW faces pressures to innovate in order to keep audiences hungry and attract big dollar sponsors. Hence, geneticists in the park labs decide to concoct the most terrifying creature anyone has ever seen: Indominus Rex. A new species of dinosaur, the Indominus Rex bears the base genome of a Tyrannosaurus Rex mixed in with a number of other frightening and enticing reptiles, amphibians, and cunning, carnivorous dinosaurs. She is a very, very clever girl—and she figures out how to escape from her cage and starts to wreak havok on the tourists of Jurassic World.

Reception to Jurassic World has been mixed—plenty of fans love the visuals and nostalgia factor, plenty others cry foul regarding the film’s inherent sexism and treatment of female characters (I count myself in both camps, personally). Regardless of where you fall on the enjoyment spectrum for Jurassic World, we can all agree that stories about dinosaurs and genetically engineered monsters are pretty awesome. While Jurassic World was not based on a previously written novel (unlike Jurassic Park or The Lost World), there are plenty of other dinosaur and bio-tech thrillers that an enthusiast can dig into and enjoy this summer. Here’s our list of Jurassic World–inspired reading to get you started!

Jurassic Park & The Lost World by Michael Crichton. This is a gimme, but both are necessary to kick off the list. If you haven’t read Jurassic Park, and you are a JP fan, I highly encourage you to do so—the film adaptation skillfully synthesizes the spectacle and science of the book, but the characters are (I think) better in Crichton’s version than in Spielberg’s film. The Lost World is disappointing in comparison—not because it’s a bad book, but because it neither carries over any characters from the first book (other than Ian Malcolm) nor does it strike that careful balance of action, science, and introspective commentary that the first book does. The dinos are still pretty cool, though.

In Footprints, a freak temporal shock causes the past and present to become misaligned and overlapped—whole cities disappear and are replaced by Cretaceous-era rainforests, and all of a sudden humans and dinosaurs find themselves thrown into the mix together, to disastrous ends.

The Games by Ted Kosmatka. In 2044, the Olympics look a little bit different than they do today: gladiators are back, but in the form of genetically engineered monsters who fight to the death. Trying to create the best monster never, ever goes well. Just ask the folks at Jurassic World. You know how this song goes.

Fragment by Warren Fahy. Aboard a research ship hired by a reality television show cast, Fragment follows a group of scientists as they search for their big break—and discover a small isolated island that shows a different evolutionary path for life on Earth. Life on Henders Island, however, means death for any other life form….

Hunger by William R. Dantz. A secretive institution genetically engineers six great white sharks that are capable of leaping out of the water in ways that would put even the best Air Jaws compilations to shame. The Beautiful Six have more teeth, more size, and more muscle than any other great white… and then the institution that bred them loses them off the coast of Florida. The sharks discover that they have a taste for killing humans, and the rest is history.

Dinosaur Summer by Greg Bear. Adventure awaits for those who read this book! Taking the events and background of Sir Arthur Conan Doyle’s The Lost World as a tipping point, Dinosaur Summer follows 15-year-old Peter as he travels with his father to South America in order to return circus dinosaurs back to their homeland—including a very hungry and particularly clever velociraptor.

e McCaffrey. McCaffrey’s world of Pern is legend in the fantasy canon, but how about Ireta? A crew of explorers and scientists are sent to this planet to catalog its ecoystem and environs, but what is meant to be a simple mission goes completely cockamamie. There are fierce predators native to Ireta, and the explorers are disappearing or changing, one by one....

Ancestor by Scott Sigler. In the class of Things Have Gone Terribly RIGHT/FOR SCIENCE! tropes, Ancestor by Scott Sigler takes top prize. On a small remote island, scientists struggle to master transplanting animal tissue into humans who need donors. Dr. Rhumkorrf has a dream of creating an animal with human organs in order to solve some of the xenotransplantation rejection issues...and of course the creature he creates in the lab is an evil monster that will destroy and devour everything in its path, Indominus Rex–style.

There you have it! Our list of mad science/dinosaur SFF/monsters on the rampage, inspired by Jurassic World. Any other books you’d care to share that fit the bill?