Kirkus Gave Me a Sense of Legitimacy 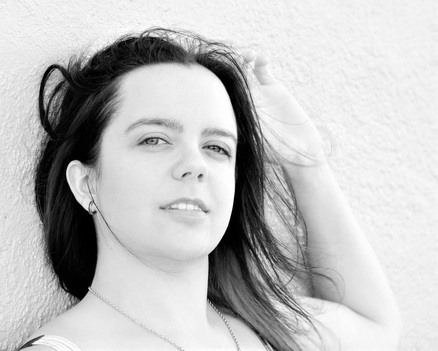 As a newly published author, the most essential yet difficult thing to do is get your book in front of potential readers and hopefully in their hands! This is especially challenging for those of us who are self-published. Not only does the stigma continue to exist that all books not traditionally published are inferior, but many reviewers and review sites also don’t accept self-published works, negating one of the best ways to get our books in front of readers.

After having a bad experience with a small press for my first book, I decided to foray into the world of self-publishing with my second book, Silevethiel. The entire process of finding an editor, cover designer, printer, and distributor actually went much smoother than I anticipated. But then, when I finally had my copies in hand and sniffed them in all their new hardback glory, I realized I’d overlooked one major component of publishing: marketing. I hadn’t considered how I’d get readers to know about my book!

I looked at the review quotes on the back of some of my favorite books and noticed that quotes from Kirkus Reviews occurred frequently and were quite prominent. I researched Kirkus and realized a good review from them would be extremely beneficial—not only to my book, but to my career as well.

But as with all reviews, good feedback isn’t guaranteed. Silevethiel had to stand up for itself. Being the first book I self-published, I wasn’t sure if it would. There’s always that nagging voice saying “I’m not good enough,” and it certainly had implanted itself firmly inside my head at the time.

I went back and forth, unsure of whether to submit Silevethiel to Kirkus. Finally, taking solace in the fact that if a bad review was received, I could choose to keep it private, I submitted my book and crossed my fingers (and toes).

Boy, am I glad I did! Not only did Silevethiel receive a starred review, but it was also named to Kirkus Reviews’ Best Indie Books of 2013. Since then, I’ve had extremely positive reviews for two of my other books: Awakening (2014) and The Speaker (2016). Sales for all three books have improved.

Kirkus has had a wonderful impact on me, particularly as a self-published author. It has brought a sense of legitimacy and clout to my work that I wouldn’t have received elsewhere. People aren’t going to believe an author when they say their self-published book is quality and shouldn’t immediately be thrown aside. Every author is going to say that! But people will believe a reputable company like Kirkus. Since receiving positive and starred Kirkus reviews, I get more attention and more interest in my books from potential readers, bookstores, and libraries.

And that is a wonderful thing.

Andi O’Connor is the award-winning author of three fantasy series. Her novel, Silevethiel, is the 2015 Best Indie Book Award winner for Science Fiction/Fantasy, and the 2015 New Apple Official Selection for Young Adult. Andi is often a guest panelist and exhibitor at conferences throughout the country. She also writes for Niume where she provides writing tips, advice, and insight on her career as an author.