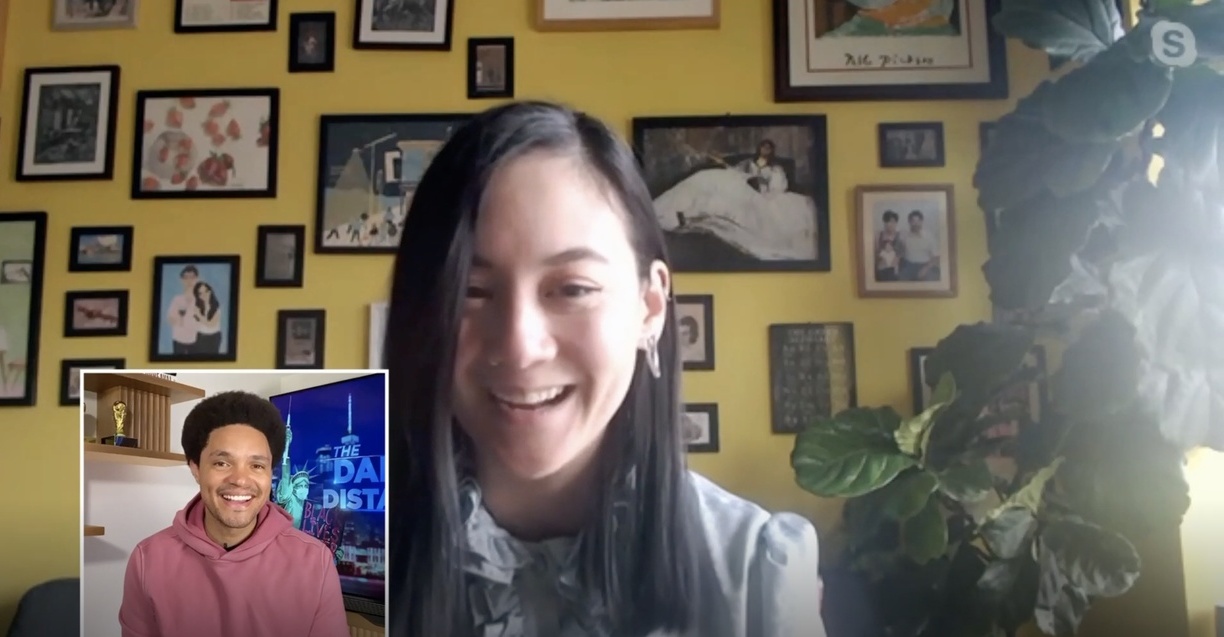 Michelle Zauner. Photo from 'The Daily Show With Trevor Noah'

Zauner’s book is about her quest to connect with her Korean heritage through food, following the death of her mother. In a starred review, a Kirkus critic called the memoir a “tender, well-rendered, heart-wrenching account of the way food ties us to those who have passed.”

Noah asked Zauner, who performs music under the name Japanese Breakfast, how she arrived at her book’s title, which refers to a Korean American supermarket chain.

“H Mart just became a real refuge for me after my mother passed away,” Zauner explained. “I really had a difficult time remembering my mother before she was sick, and that was so heartbreaking to me. And it wasn’t until I went to H Mart and I found a can of sweet red beans that I had this beautiful memory of my mom and I in Seoul every other summer enjoying patbingsu, which is this Korean shaved ice dessert. I just cried a lot in H Mart, and it was a very healing experience for me.”

Zauner said the book was both healing and traumatic to write.

“I think as an artist, there is this desire to poke at the wound in this way,” she said. “Nick Cave calls [grief] the pact that you make with love. I feel like it was really necessary for me to look back at that part of my life and analyze it and understand it and investigate it.”