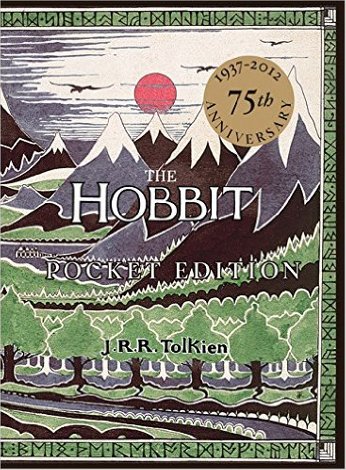 If you're a voracious reader, it can oftentimes feel like you're automatically consuming books one after another in the same way Homer Simpson eats his way through donuts. Sure, you can mix up your literary diet by changing up genres and authors, or sneaking short fiction reads in-between longer novel reads, or even slipping in some non-fiction…but even that can feel mechanical, as if there's no purpose behind it. It shouldn't feel like that. Reading is fun. It shouldn't seem like it's is a chore, the goal of which is to consume as much as possible. So how can a hungry reader reinvigorate their reading when it starts to feel repetitious?

I did what many other readers do: I gave myself a reading project. I set up an arbitrary reading goal centered around some theme and then read my way to the finish line, one book at a time. By doing so, I instilled my reading with a sense of purpose and accomplishment. Not only did I enjoy the books I read, but the accumulation of books I read had more meaning. Some of my reading projects were more successful than others. Some projects are a long game and are still in-progress. But all of them added another layer of enjoyment to my reading.

One of my first reading projects took place in my early days of reading, before I even considered myself an avid reader. It was actually around the time that I discovered I could enjoy reading. Most of my reading at that time was dictated by schoolteachers. Their book choices often left something to be desired…until a teacher assigned J.R.R. Tolkien's The Hobbit. That book was an eye-opener in that it showed me that reading could be fun and not just "something I have to do for homework." My first reading project – not a surprising one – was to continue my Hobbit-filled adventures with The Lord of the Rings trilogy. I managed to scoop up a box set. I was thrilled, although apparently not enough to read them in succession at that time. What can I say? I was young. I did read the trilogy years later, though. Mission accomplished.

Back in 1998, I started reading Isaac Asimov's Robot and Foundation stories. With the proliferation of the World Wide Web – what millennials now call "The Internet" or something like that – I was able to "AltaVista" my way to more information about the series. (Altavista is how we googled before Google.) I learned that not only did Asimov write Robot stories and Foundation stories, but he also wrote Empire stories that took place in the same millennia-spanning universe. Even better: other authors added to that universe by writing their own stories! There was the so-called Second Foundation Trilogy, comprised of Foundation's Fear by Gregory Benford, Foundation and Chaos by Greg Bear, and Foundation's Triumph by David Brin; there was Roger MacBride Allen's Caliban Series, comprised of Caliban, Inferno, and Utopia, in which he examined Asimov's Three Laws of Robotics; there were the loosely-connected Isaac Asimov's Robot City, Isaac Asimov's Robots and Aliens, and the Robots in Time series; and even a collection of tribute fiction called Foundation's Friends edited by Martin H. Greenberg. The challenge I gave myself in 1998 was to read all of those books before the year 2000.

To put that in perspective, I challenged myself to read about 32 books in the span of about 18 months. Unfortunately, I was not entirely successful. I read the core Asimov-written books, but by the time I reached the loosely-related series, the project had lost its steam. (Lesson learned: mix up my literary diet!) I think I read one of the Isaac Asimov's Robot City books, then skimmed through the rest.  I did, however, read The Second Foundation Trilogy.  In fact, the final book, Foundation's Triumph, was released in 1999, just in time for this reading project, as if the Reading Project gods were telling me, "You can do it, you bookworm!" I suppose I let them down by not completing the whole project. I like to think I more than made up for it by appeasing the Used Book gods when I trawled all the local used bookstores to obtain all of the out-of-print books in the first place.

After I was in the full throes of running the science fiction blog SF Signal, I had undertaken other reading projects. One was a short fiction reading project, in which I initially resolved to read a short story every day of the year. However, given that some short fiction stories are not so short after all, I soon came up with a weighted point system that meant longer stories could be read over multiple days and I would still meet my goal. That project was lots of fun because I discovered so many new writers I would have otherwise missed.  Sadly, it only lasted a couple of years before the blog demands grew and consumed the time I had to continue the reading project.

Another reading project was the 1975 Hugo Do-Over Reading Project, in which I and a fellow blogger attempted to read (or re-read) the five nominees for the 1975 Hugo Award for best novel. That was a fun one as it allowed us to sample a representative slice of older science fiction noted for being the best. Through that project, I read The Dispossessed by Ursula K. Le Guin (the Hugo winner that year), Fire Time by Poul Anderson, Flow My Tears, the Policeman Said by Philip K. Dick, The Inverted World by Christopher Priest, and The Mote In God's Eye by Larry Niven & Jerry Pournelle. I enjoyed some of them more than others, but overall, it was a blast.

In more recent years I undertook a new reading project, although I didn't realize it when it started. In December 2012, I read Dan Abnett's Eisenhorn trilogy omnibus and loved it to pieces. It was my first introduction into the richly imaged Warhammer 40K universe, which was actually born out of a tabletop roleplaying game. I was instantly hooked. This is the trilogy I point to when people eschew media tie-ins. I wasn't able to get to more Warhammer 40k books until the end of the following year, when I read the sequel omnibus trilogy Ravenor, also by Dan Abnett. As it turns out, my end-of-the-year Warhammer 40K omnibus reading became an impromptu reading project. (It helps that I'm a sucker for an omnibus.) At the tail ends of 2014 and 2015, I read The Ultramarines Omnibus and Ultramarines: The Second Omnibus by Graham McNeill. To close out 2016, I recently completed The Grey Knights trilogy, an omnibus by Ben Counter. I loved it and I hope to continue this reading trend.

These reading projects that I've undertaken, regardless of their success, have enhanced my reading enjoyment. They add an additional sense of accomplishment beyond the number of books I've read. And, the best reward of all: they're fun to do! I highly recommend that you come up with your own reading projects. Pick a series, an author, or some common theme and dive in! You will be glad you did.