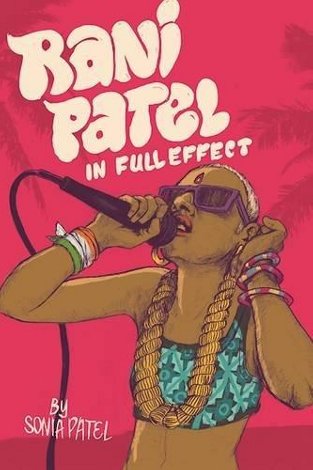 I started six different books over the weekend, and ended up giving up on all six of them. All six! Which was so disheartening, as fall is often prime reading time for me—chilly weather, hot tea, and fluffy blankets make for a perfect reading experience, don’t you think? So let’s take a look at six October titles I’ve got my eye on—maybe one of these six will break my current DNF streak:

When the Moon was Ours, by Anna-Marie McLemore

I’ve been hearing raves across the board about this one for quite some time, and that was even before it was longlisted for the National Book Award. Miel, a Latina girl who grows roses from her wrist, falls in love with Samir, an Italian-Pakistani boy who hangs painted moons all around town… but a quartet of greedy sisters threatens to destroy them both. Like McLemore’s debut, The Weight of Feathers, it’s a work of magical realism that has been praised for lush, beautiful prose, for its atmosphere, and for the way that she grapples with issues surrounding identity, family, and culture.

I loved pretty much everything about the Clone Wars animated series, but I didn’t love anything more than I loved Ahsoka Tano. But as much as I love stories set in the Star Wars universe, I’ve never really been particularly interested in reading any of the books—until now. This one, I preordered months ago, and I’m going to read it cover to cover the moment it arrives. Also, E.K. Johnston! I’m so grateful that Disney made a point of tapping a heavy-hitter of an author to write about such a special character.

The Singing Bones, by Shaun Tan

Photos of clay and papier-mâché sculptures by Tan accompanied by excerpts from the fairy tales that inspired them—and as Kirkus describes the art as ‘unsettling,’ I assume that we’re talking about the original Grimm stories rather than the bowdlerized ones. This will be an especially great pick to break the DNF chain because, for me, art books aren’t remotely demanding—I feel no guilt whatsoever about picking one up, reading a few pages and looking at the accompanying images, and then setting it down again.

Historical fiction—no matter how old it makes us feel, the 1990s are ‘historical’ now—set in 1991 Hawaii. Rani is the daughter of Gujarati immigrants, a high schooler who is dealing with an long-standing unrequited crush as well as the new knowledge of her father’s infidelity. She loves slam poetry and hip-hop—uses it to express herself through rhyme and song—and eventually, she auditions at a local hip-hop club. Kirkus praised this one for the characterization and the voice, and made a point of noting that Patel weaves Hawaiian and Gujarati and slang into the dialogue, but doesn’t italicize it—I’m so happy that we’re seeing more and more publishers and authors move in that direction.

On one hand, I’m not sure if ‘devastating’—description courtesy of the Kirkus reviewer—is what I need right now. On the other, I’ve loved Padian’s previous work. This one deals with a rape case on a college campus; it plays with memory, looks at entitlement, and tells the story through two perspectives—the roommate of the accuser and a housemate of the accused. We’ve seen a lot of books about sexual assault over the last few years, and I understand the exhaustion that some readers are feeling in regards to that. But the statistics show that we need these stories—stories like this offer comfort to those who see themselves in their pages, and hopefully (maybe?) they might even serve to help us start to bring those numbers down.

A fantasy set in the English countryside starring a “prickly, unsociable” heroine. That’s primo catnip for this reader, for sure. Our prickly heroine—who, naturally, is also an orphan—doesn’t get burned by fire and isn’t bothered by the cold, but she doesn’t know why and she hasn’t told anyone about her odd abilities. Also! It’s nearing the end of summer, but the landscape is still covered in snow. It sounds like this is one of those fantasies that reads like a realistic—that it’s very matter-of-fact and grounded, and I love that. So, high hopes!

There are tons more October titles—so many that maybe later in the month I’ll highlight a few more!