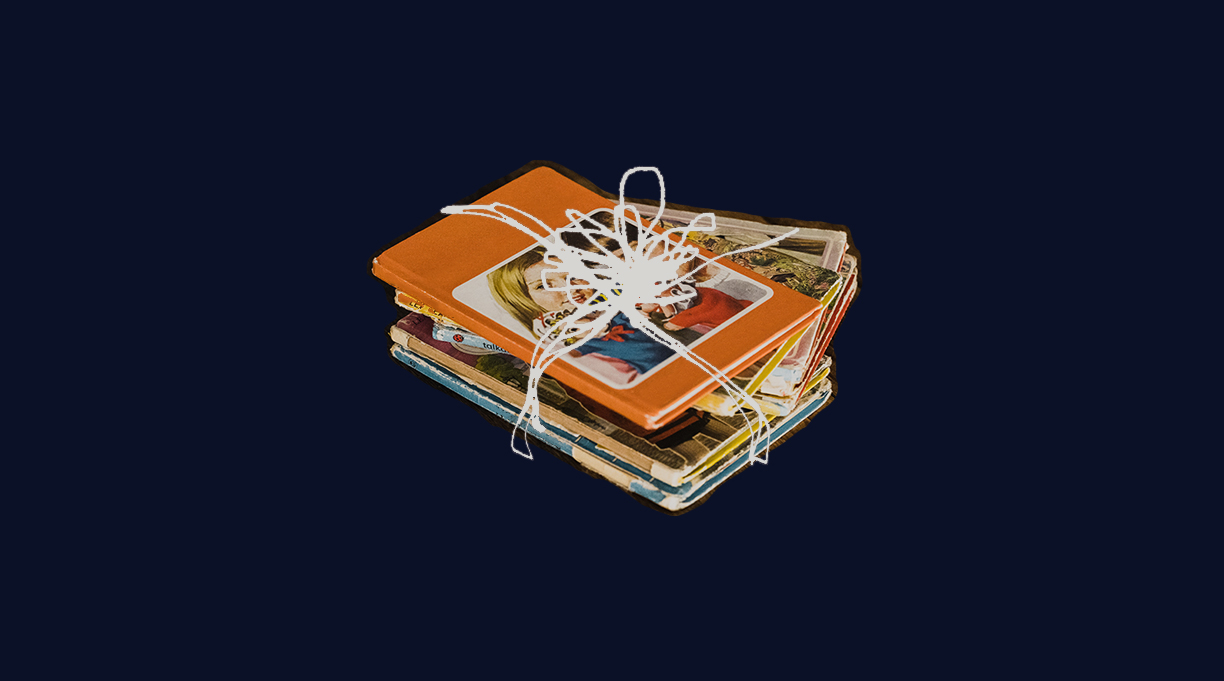 Photo by Annie Spratt on Unsplash; photo illustration by Kirkus

The holidays are almost upon us, and books, as always, make the perfect gift. You don’t need me to tell you that Raven Leilani’s Luster would be a great pick—it won the Kirkus Prize!—and we have a whole list of the 100 Best Fiction Books of the Year to help you. But I have a few more personalized recommendations.

If your cousin is a fan of Sally Rooney’s prickly millennial love stories, try Naoise Dolan’s debut, Exciting Times (Ecco, June 2), in which Ava, a young Irishwoman, moves to Hong Kong to teach English and begins a relationship with Julian, an English banker—and then, when Julian heads back to London for a long project, finds herself falling in love with Edith, a local Hong Kong lawyer. The fact that she’s living in Julian’s apartment makes the situation even more complicated. Our review says “Dolan’s preoccupation with power is often couched in humor but always expertly observed. Her elegantly simple writing allows her ideas and musings to shine.”

If your historical-fiction lover has already torn through Hilary Mantel’s The Mirror and the Light and Maggie O’Farrell’s Hamnet, try giving them something a bit different: The Lost Shtetl by Max Gross (HarperVia, Oct. 13), about a present-day Polish-Jewish town that got stuck in the past, somehow overlooked during the Holocaust and everything that’s happened since. When one unhappy bride decides to take off, history invades Kreskol. According to our review, it’s “imaginative and philosophical, funny and sad, old and new.”

Does your best friend enjoy dramatic stories of immigrant families like Angie Kim’s Miracle Creek or Mira Jacob’s The Sleepwalker’s Guide to Dancing? They’ll enjoy Simon Han’s Nights When Nothing Happened (Riverhead, Nov. 17), about a Chinese family living in Plano, Texas, in 2003, with a 6-year-old daughter who sleepwalks. Our review says “Han’s characters are authentic, vulnerable, and utterly convincing, delivering one dynamite novel.”

For the Crazy Rich Asians fan in your circle, consider His Only Wife by Peace Adzo Medie (Algonquin, Sept. 1), which our review called “a Cinderella story set in Ghana.” When Afi is married to the wealthy (and absent) Eli, everyone knows it’s because his family has decided she’s their best chance to lure him away from his Liberian girlfriend. “Medie subtly develops Afi’s character as she…goes from being an innocent, awestruck village girl to a sophisticated, confident woman, accustomed to privilege and luxury, set on a creative career...and mad as hell.”

If your friends loved Rachel Ingalls’ surreal Mrs. Caliban when it was republished a few years ago, they’d be good candidates for The Hole by Hiroko Oyamada (New Directions, Oct. 6). The narrator, Asa, moves to a rural area so she and her husband can live near his parents, but she wasn’t counting on following a strange animal and then falling into a hole. “Familial awkwardness and bizarre imagery take this story of unrest and disquiet to memorable places,” according to our review.

For fans of intricate meta-mysteries like Anthony Horowitz’s Magpie Murders, I suggest Peter Swanson’s Eight Perfect Murders (Morrow, March 3). The owner of a Boston mystery bookshop wrote a blog post years ago about books featuring undetectable murders, and now a real murderer seems to be using it as an instruction manual. Our reviews called it “the perfect gift for well-read mystery mavens who complain that they don’t write them like they used to.”

Edmund White’s latest novel, A Saint From Texas (Bloomsbury, Aug. 4), is so much fun that it deserves a category of its own. Fans of Diane Johnson and Fannie Flagg will enjoy meeting Yvonne and Yvette Crawford, Texas girls whose lives are upended when oil is found on their father’s land. Yvonne moves to Paris and conquers society while Yvette becomes a nun in Colombia. “Proust meets John Irving in this grand and delightful comedy of manners,” according to our review.