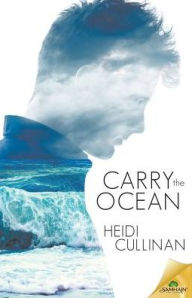 You may remember that last October I had a piece on NPR that celebrated diversity in romance.

Hard to believe a whole year has gone by, but here we are again, with cooler temperatures, falling leaves, and Halloween decorations.

Last year I also did a post here on Kirkus around National Coming Out Day, in which I mentioned a number of great LGBTQ+ authors and titles, and Queer Romance Month, which is back for year two.

There are some terrific posts on this year’s theme, “We All Need Stories,” and the overarching theme that LGBTQ+ romance matters.

In fact, I think it’s a very important thing to remember that diverse romance of all kinds matters. At a recent romance event, I had a conversation with Sonali Dev, a terrific upcoming author originally from India, and we were sharing the love on The Far Pavilions, an M.M. Kaye novel that came out in the late ’70s. I’ll never forget what Dev said: “It was the first novel I read that had characters I could identify with; who were Indian like me. I was in high school and I’d never read a book with a main character who was a woman of color. How sad is that?”

In a number of Queer Romance Month posts, you’ll hear similar sentiments, though sometimes gay romance can be even more empowering and life-changing. LGBTQ+ youth reading romances that star characters they can identify with might offer a first-ever glimpse of healthy, celebrated non-hetero love relationships and positive LGBTQ+ role models.

So here’s to diversity, and to Queer Romance Month. This month, let’s all read one book that’s outside our typical repertoire. Start with baby steps if you have to, and pick up a Paranormal when you usually read Historical.

You can also check out the posts at Queer Romance Month. Lots of authors and bloggers are taking part, and they have tons of suggestions for books to read. Or, start with the LGBTQ suggestions from the NPR Summer of Love 100 Swoon-Worthy Romances list.

Heidi Cullinan, AJ Cousins, and Josh Lanyon didn’t make that list, but they’re some favorites of mine. I especially loved Cullinan’s Fever Pitch, and Carry the Ocean—which features gay main characters, one of whom is autistic, while the other suffers from clinical depression—looks terrific.

If you’re looking for ethnic diversity, I recently discovered this awesome “storified” set of tweets that Alisha Rai spun off the NPR list to highlight diversity in romance.

I sometimes feel like a pusher for Sonali Dev’s books, but I seriously love them. If she keeps up the level of intensity and lush romance she’s shown in her first two books, I feel like she’ll be one of the romance greats. Don’t miss either A Bollywood Affair or The Bollywood Bride.

Piper Huguley’s historical fiction is lovely, and her newest title, A Treasure of Gold, which ends her Migrations of the Heart trilogy, releases in early November.

Alyssa Cole has terrific scope—she’s written a spectrum of historical timelines as well as romantic suspense and post-apocalyptic Young Adult—all to great acclaim. Mixed Signals, the third title in her Off the Grid series, came out a couple of days ago.

What will be the first new-for-you book you’ll pick up?