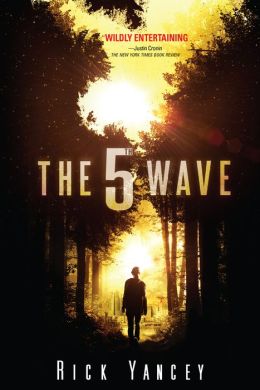 Here's more evidence that Hollywood sees the field of science-fiction literature as a rich source for film ideas: it's the latest roundup of science fiction novels that filmmakers and television producers are trying to bring to theater and television screens.

The Stars My Destination by Alfred Bester

Alfred Bester's classic science-fiction novel, The Stars My Destination, is one of my favorites. I was thrilled to learn that Paramount Pictures is in talks to acquire feature film rights for the book. Obviously, it's still way too early in the development stages to talk about casting, but that doesn't make the news any less exciting for fans of the book, like myself.

The Stars My Destinationis a science-fiction story that first appeared in serialized form within the pages of Galaxy Magazine in late 1956. The original title was "Tiger! Tiger!"—a reference to both the tigerlike tattoo worn by its main protagonist and the William Blake poem "The Tyger," the first stanza of which prefaces the book. The story follows common man Gulliver "Gully" Foyle on his quest for revenge against the people who left him stranded and alone on a derelict spaceship. In that regard, the story can be easily seen as a futuristic retelling of The Count of Monte Cristo, although Bester said the premise was inspired by a National Geographic article he read about a shipwrecked man ignored by passing ships for fear of it being a trap. In his story, Bester depicts an intriguing futuristic society where personal teleportation via mental control (called "jaunting") is possible.

Broken Monsters is a harrowing tale about an inner-city Detroit detective named Gabriella Versado. She investigates a series of bizarre supernatural murders committed by a demented criminal mastermind who is, among other things, experimenting with human taxidermy. Gabriella is also a single mother whose teenage daughter decides to flirt with a possible online predator.

It's been reported that the production company Additional Dialogue, after a four-way bidding war, has acquired the rights to develop Lauren Beukes’ supernatural suspense novel. The plan is to adapt the novel for television as a dramatic series. This one is also in early development stages; right now they are trying to put together the creative team to lead the project. Meanwhile, another Lauren Beukes novel, Zoo City, was optioned back in 2012.

The 5th Wave by Rick Yancey

What hope does humanity have when aliens attack Earth in the near future? That's the question addressed in Rick Yancey's popular novel The 5th Wave. The attack of the aliens comes in waves and the four previous attacks left relatively few human survivors. Young Cassie is one of them. Along with her father and brother, Cassie is sequestered to a holding facility, but protection may not be so easily obtained. Soon, Cassie is on the run from the human-looking invaders and trying to save her brother.

Filming for the movie adaptation of The 5th Wave is already complete; Sony Pictures Entertainment has this one in post-production. The action-adventure film has a screenplay by Susannah Grant (Erin Brockovich) and is being directed by J. Blakeson. Stars include Chloë Grace Moretz, Nick Robinson, Ron Livingston, Maggie Siff, and Liev Schreiber. Expect this one to hit theaters early next year. That should give you plenty of time to read the book first.

The Brilliance Saga by Marcus Sakey is a series set in a world where 1 percent of children born sine 1980 possess superhuman abilities. Brilliance, the first book in the series, follows Nick Cooper, one of these so-called "brilliants." Nick is a federal agent whose special powers assist him in hunting terrorists. In fact, they make him one of the best. His latest target is another brilliant bent on initiating a civil war between those who possess special abilities and those who don't...though the story tends to focus on the social aspect of that premise.

If there weren't already enough superhero films hitting theaters in the coming years (not that I'm complaining), you can add Brilliance to that list. Legendary Pictures actually acquired the film rights to Brilliance before the book was even released in 2013. The screenplay is being written by David Koepp, screenwriter of the blockbusters Jurassic Park and Spider-Man. I'm glad to see he has some superhero credentials on his resume as they might come in handy.

Station Eleven is something of a sensation, and rightfully so. It's a fascinating character study set against a post-apocalyptic landscape 20 years after a devastating virus has killed off 99% of the world’s population. The characters in question are related in some way to a band of musicians and actors that travel the Great Lakes region entertaining survivors. It's my pick for the most accessible book from this month’s adaptations, since it's less about the apocalypse and more about the lives we lead and the relationships we form. The non-linear narrative only makes it more interesting because pieces of the overall picture fall into place in interesting ways.

Now, it's been reported that the New York Times best-seller has been optioned for both TV and film rights by Producer Scott Steindorff in a six-figure deal. Casting has not yet started, but I imagine that won't last long as Station Eleven has received much media attention and more so than most novels that can be classified as science fiction.