Repeat Offenders: If You Loved a Mystery Once, Try It Again 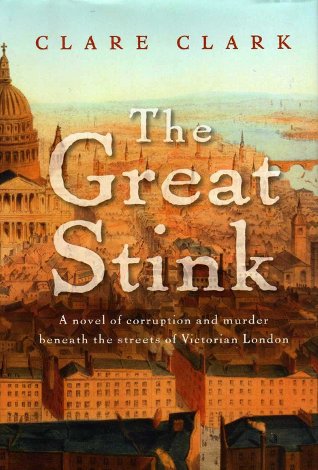 This is Election Day in the United States, with the principal attraction being the hyper-contentious race to succeed two-term President Barack Obama in the White House. So I’d planned to devote this column to crime, mystery, and thriller fiction featuring American presidents, presidents’ wives, presidential cabinet members, and maybe even presidential pets (remember Stuart M. Kaminsky’s The Fala Factor, in which Eleanor Roosevelt turns to 1940s Hollywood gumshoe Toby Peters for help in retrieving Franklin D. Roosevelt’s famous but kidnapped Scottish terrier?). I had stacked my desk with books such as G.J.A. O’Toole’s The Cosgrove Report (1979) and Stephen L. Carter’s The Impeachment of Abraham Lincoln (2012); John Calvin Batchelor’s Father’s Day (1994) and The First Lady, by the recently deceased Ed Gorman (writing in this case as “E.J. Gorman”); Richard North Patterson’s No Safe Place (1998), David Baldacci’s Absolute Power (1996), and Max Allan Colllins’ 2012 historical suspenser, Target Lancer (about an aborted conspiracy to bump off President John F. Kennedy in Chicago, rather than Dallas); Jane Langton’s Murder at Monticello (2001), Rex Stout’s The President Vanishes (1934), B.B. Johnson’s tough but trashy Death of a Blue-Eyed Soul Brother (1970), and a pair of short-story collections: Mr. President, Private Eye, edited by Martin H. Greenberg and Francis M. Nevins Jr. (1988), and The First Lady Murders, edited by Nancy Pickard (1999).

But then I realized people have probably had enough of this year’s campaign for the Oval Office, marked as it has been by charges of racism, tax evasion, and misogyny, and threats by one candidate to imprison the other. Barring a 2000-style dispute over vote counts, tomorrow we’ll all wake up knowing how it ended—and what the future might hold for the United States.

Meanwhile, let’s talk instead about crime novels worth re-reading.

This matter has been much on my mind. My wife and I recently remodeled her large home office into a sitting room, a place to hide away the television—and, more importantly, to shelve more books. Over the last few years, I’ve had to box up many of my older volumes as new ones were acquired. Although I labeled those containers, the fact that the works inside were now out of sight meant their existence also escaped my memory. Expanding our bookshelf footage, however, has brought hundreds of hardcovers and paperbacks back out into sight. At a time when I’m winding down from reading 2016 releases in order to prepare my “best crime novels of the year” list, I have suddenly been reminded of all the enthralling yarns that preceded them, and the joy to be derived from re-experiencing books one has relished before.

Two years ago I resolved to renew my interest in established mystery fictionists, such as Anne Perry and Robert Crais, whose tales I was ignoring in favor of those by newer authors. Now, thanks to my excavation of packed-away books, it’s time to rediscover novels—especially those mentioned below, some of which have likely been forgotten by others as well—that once thrilled me, but have been gathering dust rather than attention ever since. After all, as writer/activist Susan Sontag said, “No book is worth reading that isn’t worth re-reading.”

The Great Stink, by Clare Clark (2005): Throughout the 1840s and ’50s, London—then the largest city on the planet—was plagued, both in odor and reputation, by an overabundance of sewage and associated dire threats of disease. The Victorian metropolis finally established a commission to assess and replace labyrinths of antiquated sewer systems, and to rid the British capital of some 200,000 noxious cesspits. Clark’s debut novel (which was longlisted for the UK’s Orange Prize for Fiction) springs from that history, giving us William May, a junior engineer and battle-scarred veteran of the Crimean War, whose imprecise recollection of a murder he may or may not have observed in the filthy tunnels running beneath the city leads to his becoming the prime suspect, and being jailed for the crime. Clark’s re-creation of the period and its players on all economic levels makes The Great Stink a sweet find.

Mr. White’s Confession, by Robert Clark (1998): When this narrative about a reclusive, slow-witted Minnesota store clerk and photographer who can’t remember offing a dancer captured the 1999 Edgar Award for Best Novel, more than a few howls were heard. Because Clark hadn’t set out to compose a mystery, purists were convinced his work didn’t deserve to be acclaimed above that of such genre masters as Michael Connelly and Robert Goddard. They’d have done better to applaud Clark’s triumph, for it showed that penning crime fiction need not be a limiting experience. Plenty of mainstream novels have boasted ingredients—hidden identities, unspoken motives, secret and violent acts—that are usually associated with mysteries. Set in St. Paul in 1939 and containing what Kirkus called “the most tender account of a sex-killing investigation you’ll ever read,” Mr. White’s Confession is both a suspenseful tale and a poignant character study.

Keeping Time, by David Bear (1979): The Manhattan of 1999 that Bear imagines here—with its epidemic suicides, Park Avenue slum dwellers, highly revealing fashions, gasoline shortages, and non-operating elevators (a real problem in the land of skyscrapers)—never actually came to pass. But it’s an interesting backdrop for this clever account of about Jack Hughes, the world’s oldest (and possibly last remaining) private investigator, who goes to work for an experimental “time-deposit bank” where wealthy people can literally store bits of their history on holographic tapes, hoping to relive them at a future date. Some of those tapes have now vanished, and their owners are perishing, apparently done in by the time-saving mechanisms in their brains. It’s up to Hughes to put all of this to rights…if he can find time enough to complete that task.

River of Darkness, by Rennie Airth (1999): South African Airth has a new John Madden historical thriller, The Death of Kings, due for release this coming January, but it was in River that he first introduced his series protagonist, a Scotland Yard inspector haunted by his experiences in World War I as well as by the loss, to influenza, of both his wife and his daughter. It’s the summer of 1921, and Madden has been called out to investigate the slaying of a well-respected family at their Surrey estate. This extermination was obviously done quickly and deliberately, with some variety of bladed instrument, but the motive is uncertain. After identifying the perpetrator as an ex-soldier who thoroughly stalks his targets from hidden, military-style dugouts before attacking, Madden links the Surrey tragedy to earlier unsolved transgressions. It appears that the inspector has a serial annihilator on his hands, a psychopath who is refining his technique with each new attack.

The Caribbean Account, by Alan Furst (1981): Before Furst became famous for producing espionage yarns set in Europe during World War II (A Hero of France, etc.), he penned a trio of “smart-alecky” novels—which he prefers not to talk about anymore—starring Roger Levin, a Jewish marijuana dealer from Long Island “who does for others what they would prefer not to do themselves.” The first two of those mysteries were Your Day in the Barrel (1976) and The Paris Drop (1980), with The Caribbean Account finishing out the series. It has Levin being hired by an attorney to deliver $500,000 to a stranger in Miami—only to have the recipient murdered and the dough filched. Turns out the cash was a ransom payment for chubby and foolish young heiress Fiona De Scodellaire, who’s being held by a cult leader. Now that it’s gone, Levin is engaged to locate the cult (which he does, on the island of St. Maarten) and fetch Fiona home (which he hopes to do with offers of sex). With its wild plot and cinematic showdown, The Caribbean Account is nothing like what most Furst fans would expect.

The Bird Yard, by Julia Wallis Martin (1999): Martin, an Edgar nominee for A Likeness in Stone (1998), offers here a mystery that began five years ago in Manchester, England, with the disappearance of 12-year-old Joseph Coyne. A detective superintendent named Parker, still anguished at having been unable to return Joseph to his mother, recognizes similarities between that case and the recent vanishing of another boy. Parker’s certain the same person committed both crimes—but was it the local pedophile, the peculiar aviary keeper, or perhaps somebody else entirely? Hoping to find an answer, Parker enlists the aid of a criminal psychologist with demons of his own. But their efforts to stop a predator may come too late to prevent a third death. Martin’s characters are conscientiously developed, and her story rolls out with terrifying precision. You’ll never be able to look at a birdcage quite the same way again.

The Black Maria, by Mark Graham (2000): Winner of the Mystery Writers of America’s 2001 Edgar Award for Best Paperback Original, Graham’s third historical whodunit featuring Civil War veteran and Philadelphia police detective Wilton McCleary reads like the flip side of Gore Vidal’s 1876. While Vidal focused on Manhattan high society and upper-level political intrigue during that 100th anniversary of America’s independence, Graham turns his sights on the opium dens, career criminals, and slumming swells competing for notice with Philly’s spectacular Centennial Exposition. Walking the “tawdry and cheap” thoroughfares near the fairgrounds, McCleary discovers a girl’s mutilated corpse. Not surprisingly, his superiors want to bury the incident until the Exposition is over, but McCleary won’t back off. Instead, he links this homicide to a powerful industrialist family, only to find himself in a case involving revenge and madness. Intricately plotted and replete with historical color, this book was the final installment in a series preceded by The Killing Breed (1998) and The Resurrectionist (1999).

The Distance, by Eddie Muller (2001): Film-noir specialist Muller entered the crime-novelist ranks with this knockout mystery, set in 1948 San Francisco and starring celebrity sports columnist Billy Nichols, aka “Mr. Boxing.” To help out a seemingly guileless heavyweight contender, Hack Escalante, Nichols agrees to cover up the slaying of that fighter’s manager. But the reporter’s actions lead inevitably to worse trouble. Lies topple over one another, Nichols falls dangerously for Escalante’s “blue plate special” of a spouse, and a cop who’s nowhere near so imperceptive as he appears closes in on the truth. Muller, the son of a renowned Bay Area boxing writer, works hard to get the postwar atmospherics and slang just right in this yarn, and his prose is, well, punchy. Shaped by the scoop-hungry newspaper world and the oft-larcenous conduct associated with the sport he adores, Nichols is an appropriately flawed protagonist, a man unhappy with his wife (who’s cheating on him) and with a life that, when weighed against the action he witnesses inside the ring, appears insignificant. The Distance was named as the Best First PI novel by the Private Eye Writers of America in 2003, but was sadly followed by only one sequel, Shadow Boxer (2003).

Of course, the more boxes of books I unload, the higher climbs my to-be-read stack. Added just this last weekend were Richard H. Francis’ Daggerman (1980), Kris Nelscott’s A Dangerous Road (2000), William J. Palmer’s The Detective and Mr. Dickens (1990), Sheri Holman’s The Dress Lodger (2000), and Russell H. Greenan’s The Bric-a-Brac Man (1976), the first novel I ever purchased from New York City’s now-closed Murder Ink bookshop. I also think it might be time to re-read O’Toole’s aforementioned The Cosgrove Report, but with everything else I have on my plate, I might not get to that one before the next U.S. presidential election.