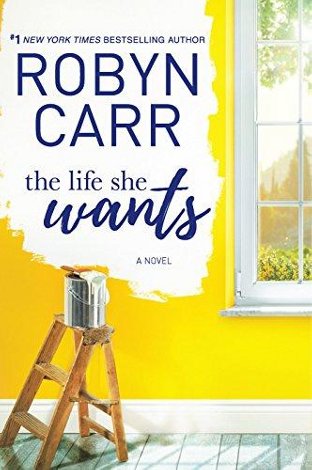 The leaves are starting to change in Wisconsin, and there’s a chill in the night. Neighbors’ fireplaces are firing up and scenting the neighborhood with woodsmoke, ushering in Fall, and thoughts of winter.

I’m not sure I’m ready for my first snowfall just yet, but I am ready for the changes that sneak in at this time of year.

2016 has been a year of change for me. Personal changes, professional changes, some positive, some not so much. But in some ways, and in the right light—or maybe with the right mindset—change is always positive, because it reminds us that life is change, that we do best at life when we roll with the punches and adapt when necessary.

Romance and women’s fiction titles are often celebrated for story arcs which reflect change, often change that must happen in order for the characters to become their best selves, and, over the past few months, two illustrious authors penned books that examined extreme change for the heroines.

In her August release, Family Tree, Susan Wiggs explores the fascinating journey of Annie Rush, who suffers a head trauma, falls into a year-long coma, and wakes up in a severely weakened body and with no memory, to discover her husband has divorced her, basically stolen the tv cooking show she created, undermined her career, and yet managed to spin himself as a grieving husband.

Annie has to learn to live again, physically and emotionally, and decide what direction she wants to go now that she has lost everything, but also has a wide open future in front of her. I loved how Wiggs wove Annie’s past and present to show how she found and lost the love of her life, and wound up with a man who seemed to support her but ultimately stood in her way. (Read more about it in the Kirkus review.)  If you’re a Wiggs fan, this is a must-read, and, if you haven’t discovered her yet, Family Tree is an intriguing new departure for the author. Wiggs’ masterful storytelling shines in this sensitive study of an intricate story, and Annie’s bittersweet tale is notable for its contemplation of one brave woman’s struggles and triumphs as she faces total devastation, survives, then decides to thrive.

In Robyn Carr’s recent release, The Life She Wants, heroine Emma Shay Compton has to rebuild her life after her financier/Ponzi scam artist husband commits suicide. Coming back to her hometown, she reconnects with old friends and enemies, and embraces a simpler, quieter life—while discovering who she really is and what really matters. (Read more in the Kirkus review.) A few books have considered the Madoff-esque wives left behind—Elin Hilderbrand’s 2011 release Silver Girl for instance, and in a smaller, more secondary way, last year’s beautiful and stunning The Things We Keep by Sally Hepworth—but Carr’s book is more about Emma diving into her past before her marriage to find clues as to how she can reclaim the woman she was before she became “Mrs. Compton”—but also who she was before her father married the stepmother from hell, and her best friend betrayed her, and other big and little turns that led her to become a person she barely recognizes. Carr’s character study touches on “Mrs. Compton,” though mostly in an external way, as she battles with the resentments and hostilities of those around her. Emma’s real internal growth is more about rediscovering her authentic self by reconnecting with the people she knew before she left her hometown, and rediscovering the best of who she’s been at every turn.

Not at all a study of Mrs. Madoff, but instead a fascinating imagination of “what if” with Carr’s talented and creative touch.

While these titles both have strong, satisfying romantic elements, they are firmly in the women’s fiction realm, and I really enjoyed these authors’ perceptive and innovative expeditions into the world of catastrophic life change, and the compelling ways these two characters reclaimed their lives and forged new paths that honored their pasts, passions, and authentic selves.

I really enjoyed them!

Have a great week, friends.