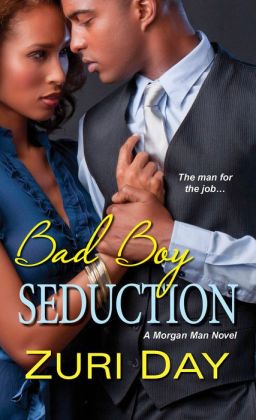 According to Wikipedia, March 19 was both the day that the99th Pursuit Squadron—also known as The Tuskegee Airmen, the first all-black unit of the U.S. Army Aircorps—was activated (1941), and the day that Texas Western—now known as UTEP, the University of Texas campus in my hometown of El Paso—became the first college basketball team to win the NCAA championship with an all-black starting lineup (1966). (The story was portrayed in the 2006 movie Glory Road.)

So what I really wanted to do was share great basketball or Tuskegee airmen–inspired romance novels with African-American heroes, but I was sad to see I couldn’t really find any. However, I did stumble upon a great real-life romance between a Tuskegee Airman and his lady pilot that you can read about here.

And it would be a good week for college basketball romances, since brackets came out on Monday. (Go Hoyas!) ;o)

So, instead, I’m going to share information on the Romance Slam Jam, and the Emma Award finalists for Best Book.

The Romance Slam Jam began in 1995 in Dallas when Emma Rodgers, Ashira Tosihwe and Francis Ray decided to create an event that celebrated Black romance novels and what Nikki Giovanni describes as “The Power, Passion and Pain of Black Love.” (Happy 20th anniversary, Romance Slam Jam!)

This year, RSJ will again take place in Dallas, March 26-28 (more information here) and, as it has since 2001, will include the Emma Awards ceremony, the premier awards event for readers and authors of Black romance, named after Emma Rodgers, co-founder of the Romance Slam Jam Conference.

I love the list of Emma Award categories (you can see them here), which remind me of the Oscars and include Hero of the Year, Heroine of the Year, Book of the Year and Author of the Year. At first, I was very surprised to see that neither Beverly Jenkins nor Brenda Jackson were among the nominees, until I saw the disclaimer that they had chosen to opt out so that the next generation of authors can be eligible for consideration. (Kudos ladies.)

Here are the Emma nominees for Book of the Year:

Bad Boy Seduction by Zuri Day: The last of the Morgan Men series, about an R&B singer and her sexy bodyguard as they navigate a stalker, a sizzling love affair and disapproving family members.

Craving Temptation by Deborah Fletcher Mello: A candidate for Mayor in Memphis is attracted to his opponent’s daughter and campaign manager, who is already conflicted by her father’s candidacy and other family issues. (Book 2 of the Just Desserts series)

Hero by Deatri King-Bey: After his ex-wife puts a hit on him, an ex–special forces hero’s friend hires a female security team to capture the assassin; when he’s assigned a female bodyguard to keep him safe, it doesn’t go over well, except that sparks fly when they meet.

The Book of Josh

ua II by Iris Bolling: An inactive CIA agent is called back to duty to save another injured agent who has uncovered a plot against the President, but the two are under attack from forces that should be friends and can only depend on each other.

Those all sound great don’t they? (Congratulations to all the nominees!) I can’t decide which one should I start with, but I’m leaning toward Craving Temptation. According to reviews on Amazon, the heroine is Muslim and the book explores some aspects of religion that I find intriguing.

I was also glad to see that two authors who are great romance ambassadors were nominated for Emmas too: Piper Huguley for Best Debut author and A.C. Arthur for Best Author. Yay!

There’s still time to register for Romance Slam Jam, so I hope you’ll consider it, especially if you’re a fan of Black romance or in the Dallas area.

So did you read any great romances you would have nominated for an Emma this year? Please share! (And if you hear of a Tuskegee Airman romance, or a really good basketball romance with an African-American hero, be sure to let me know!)