So Much to Love in Helen Hoang’s The Kiss Quotient 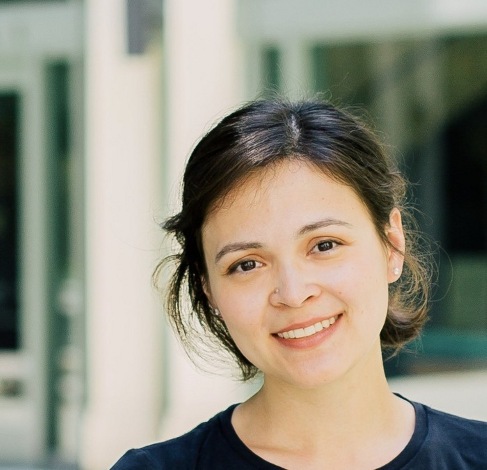 I’d be surprised if you haven’t yet heard of The Kiss Quotient by Helen Hoang, but just in case let me (re-)introduce you.

Stella—a highly successful economist on the Autism Spectrum—meets Michael when she decides to hire a male escort to help her become more comfortable and less awkward with sex. Michael, a talented fashion designer, has taken up the escort business to pay for his mother’s cancer treatment, but can’t seem to move forward in following his dreams, mainly due to a deep sense of unworthiness tied to the guilt and shame he feels at his father’s criminal past and the blame he shoulders since his father abandoned the family.

Hoang’s book is a breathtaking romance, with a lot of narrative risks readers love, if the buzz around the book is any indication. Michael’s an escort. He’s also half Vietnamese, with a large, close family who doesn’t know about his secret life. Stella is autistic, an only child whose wealthy parents dote on her and don’t really approve of Michael when they meet him. Even without knowing his escort secret, they see him as feckless and not good enough for their daughter.

In fact it’s Stella’s mother’s constant picking about men—dating, getting married—that sends Stella down the road of hiring an escort. She picks Michael off a website, then is charmed when he is patient and sweet. Michael is first attracted to Stella’s good manners and finds her shyness refreshing. His clients are usually aggressive and demanding.

For the first time Stella enjoys physical contact with a man, though it’s a while before they actually have sex, and by then they’ve developed some feelings for each other, though they don’t admit it even to themselves.

Stella offers him a long-term, exclusive job, which he accepts, and before long they’re practically living together. Michael realizes, with a little nudge from his cousin and some personal experience, that Stella is certainly different, and likely autistic. He’s also convinced he’s not good enough for her and can’t compete with her personal success and huge bank account that comes from both her job and family money. Stella convinces herself he doesn’t love her, thanks to certain measuring sticks she’s created in her mind that she misinterprets relative to his feelings for her. Why would someone as handsome and charming as Michael ever want to be with someone like her?

I sometimes feel that if the Black Moment in a romance rests almost completely on two people in love who simply haven’t told each other their feelings, that there’s simply not enough conflict. But I didn’t feel that way at all with this book.

Their deep-seated insecurities are so well-established and make such complete sense, particularly relative to their love for each other, that it works really well.

I really enjoyed The Kiss Quotient, and was so intrigued by the book and the author—who is herself autistic—that I decided to interview her to learn more.

It turns out that Helen Hoang's story of her diagnosis and her book’s journey tie very close together.

“I was diagnosed two years ago with autism,” says Hoang, “but it came about because my daughter’s teacher encouraged us to have her tested, thinking she was on the spectrum. Once I looked into it and did some research, I thought maybe it referred to me even more than to my daughter. Then I read the book Aspergirls and it felt like I was reading my own story.”

These events inspired her to seek out a therapist who specializes in clients on the spectrum, and the work with her as well as Hoang’s own continued research have been life-changing.

“Like many undiagnosed women on the spectrum, I had sort of learned to ‘swim until I made it.’ Apparently it’s super common for women to be diagnosed later in life, because they’ve learned to copy others on how to be ‘normal.’ Women are really good at learning to fit in and accommodate. However being diagnosed and working with my therapist helped me navigate situations that made me overly anxious, and communicate better with my husband and family. I am much more comfortable standing up for myself and advocating for my needs. Because of all of that, I feel better about myself. Stronger and healthier.”

And then there was the book.

“This is not my first book, but my first published book. I’ve been writing for years, but after my diagnosis, it just kind of all came together, especially with this story.”

Hoang is a big fan of the film Pretty Woman, and had wanted to do a book version that reversed the gender roles. “I just couldn’t figure out why a rich, attractive woman would want or need to hire a male prostitute. Nothing made sense.”

Until her real life intersected with the story.

“Suddenly I knew what to do with Stella. She could have some of the same issues I struggled with—social awkwardness and anxiety. Missing social cues. Autism made perfect sense. She could turn to an escort to help her work through those things, he’d turn out to be her perfect hero and they would fall in love.”

It didn’t happen overnight. Hoang entered a #pitchwars session on twitter and won a mentor, Brighton Walsh, who helped her flesh out the characters and the narrative arc. The working draft after that process won her an agent, Kim Lionetti, and the book sold. It was published this earlier summer. (To great acclaim.)

The Kiss Quotient isn’t autobiographical, though it does integrate other aspects of Hoang’s life into the story. Like Michael’s, Hoang’s family is half white, half Vietnamese—and large. She has four sisters and a brother, and her Vietnamese grandmother was very close to the version in the book.  “That might be the most joyful part of the story for me, bringing my grandmother to life on the page in that way and having Stella kind of fall in love with her.” Hoang found it special yet bittersweet, since she lost her grandmother before she was published.

All in all, in some strange and perfect cosmic ways, Hoang feels like the last two years have been an incredible journey of discovery, both for herself and for her characters. Being diagnosed on the spectrum opened up a new world of self-awareness and empowerment which in turn led to an author’s understanding of just who and what her character Stella was, and who exactly Michael needed to be to deserve her love, and vice versa.

In the end, it became the perfect recipe for a great romance, and an HEA (or happy-ever-after) for two quirky, surprising characters who jump off the page and have made the romance world take notice.

I highly recommend The Kiss Quotient—a vibrant, delightful novel—and thoroughly enjoyed my conversation with Helen Hoang. I hope you find her story and insights as interesting as I did, and I know you’ll love her book, so be sure to pick it up. Her second novel, The Bride Test, will release in May 2019.)