So Your Parents Are Superheroes 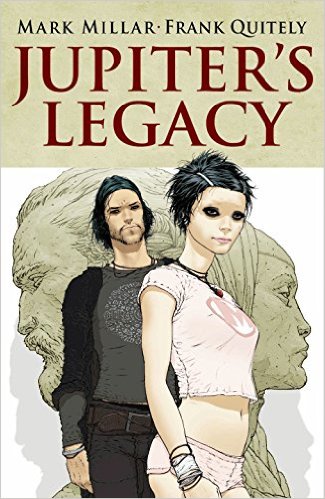 If you’ve been following my various blog posts here and abroad, you know that I’ve been reading and collecting comics for a very long time. In the early days, I read a few from Marvel, DC, and independents like Eclipse. A lot of times, I’d find and get interested in something a little off the beaten path. One of those books was called Infinity Inc. Created by Roy Thomas, Jerry Ordway, and Mike Machlan, this story is about a superteam comprised of the children of the Justice Society of America, the Golden Age team of heroes including The Flash, Hawkman, The Green Lantern, The SandMan, and The Atom. I loved the dynamics of this next generation of heroes having to live in the shadows of their parents and mentors. It felt more personal in many ways from Teen Titans, which had a similar concept using sidekicks of popular DC superheroes.

If you can find Infinity Inc. out there, I highly recommend it. Some issues were even drawn by Todd MacFarlane, pre-SpiderMan and Spawn!

I mention all of that to tell you about this book: Jupiter’s Legacy: Book One by Mark Millar and Frank Quitely. Published by Image Comics, it feels like a much more mature and modern take on the idea of the next generation having to live in the shadows of their parents—all of whom were superheroes. In 1932, a group of people travel to an island that doesn’t appear on any maps. What happens there is a mystery, but they return with fantastic powers. They form a group called the Union, who fight for the American Dream and the betterment of the human race.

Fast forward to the present day, and we see the older heroes out of time and step with what the world has become. Sheldon Sampson, a patriotic American who lost everything in the stock market crash of 1929, still holds this idyllic dream of what America is or should be and the place heroes hold in that dream. His brother, Walter, sees an America, and even a world, in decay and wants to stop serving the public in order to affect change in other ways. The two butt heads often. The rest of the original six include Grace, Sheldon’s wife who is known as Lady Liberty, Richard Conrad aka Blue-Bolt, Fitz/Flare, and George Hutcheons, known as Skyfox.

While the originals argue about the moral and ethical direction of the team, the next generation—their children—have other issues. Chloe Sampson, daughter of Sheldon and Grace, inherited powers from her parents, but lives the life of someone like Paris Hilton, using her fame and celebrity status to secure paid endorsements. Her life of nightclubs and drugs leads to an overdose and a pregnancy, neither of which she wanted. Her brother, Brandon, follows a similar path. Although he inherited powers from his parents, he prefers the life of a socialite to one of a superhero. Walter’s son, Jules, is part of the team, but doesn’t do much more than maintain the status quo. Hutc

h, son of George Hutcheons/Skyfox, is Chloe’s boyfriend, and lives with the legacy of his father—who became the world’s supervillain.

The story follows all of these characters and gives us a very fractured family dynamic cast against an interesting and compelling world similar in many ways to our own, yet with obvious differences. Are some of the characters similar to certain heroes from other books? Sure. I don’t think you can have a story like this one without drawing on what’s come before. But it’s the differences here that help make this book stand out. I go back to Infinity Inc. vs. Teen Titans. Both were about the second generations, but approached them very differently. That’s what I find again here in Jupiter’s Legacy: the story feels modern and refreshed in a good way.

Given this is a superhero story, I was expecting over-the-top physiques and gravity-defying breasts, none of which is present here. I was quite happy with the art and body-types throughout the book. The colors are well-chosen and don’t distract at all from the story.

Overall, this is one of the best books I’ve read this year. Definitely recommend.

Patrick Hester is an author, blogger and 2013 Hugo Award Winner for Best Fanzine (Editor - SF Signal), and 2014 Hugo Award Winner for Best Fancast. He lives in Colorado, writes science fiction and fantasy, and can usually be found hanging out on his Twitter feed. His Functional Nerds and SF Signal weekly podcasts have both been nominated for Parsec awards, and the SF