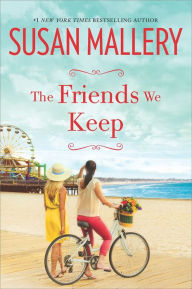 Has spring weather come to your neck of the woods? It hit 70 degrees two days ago in Wisconsin. All the snow is gone, and I’m crossing my fingers that warm weather sticks for good this season.

In other news, I hope you’re following the Women’s History Month event at Read-A-Romance. I’ve added some fantastic authors to my TBR pile.

But then there’ve been so many great recent releases too!

I love Cindy Gerard and her One-Eyed Jacks series is terrific. The most recent title, Taking Fire, starts out in Kabul when Bobby Taggart meets the woman of his dreams, a sexy war correspondent who, in the end, betrays him. Now, six years later, he meets up with Talia again, in Oman, and the two are caught up in an embassy bombing which leads to more secrets uncovered, and a new danger that Taggart never saw coming.

Gerard is a master at sexy suspense and action, and her newest is no disappointment. Definitely a great read!

Susan Mallery’s newest Mischief Bay release, The Friends We Keep, came out in late February, and, like the first one, it’s an interesting look i

nto friendships that are tested when life changes in unexpected ways. Mallery deals with such heart-rending issues as infertility, a wary divorcee rediscovering love in unexpected places, and a stay-at-home mom re-entering the workforce part-time as an attorney, then having to deal with an unanticipated family concern, as well as all of her friends’ problems.

Fans of Mallery and women’s fiction will want to pick this one up.

Some more recent releases I hope to pick up soon:

Maya Rodale’s Lady Bridget’s Diary is the start of a new series called Keeping Up With the Cavendishes: “In the first novel of Maya Rodale's stunning new series, an American heiress must learn to navigate London society and an infuriatingly irresistible rake.”

Lori Foster’s Fighting Dirty, an Ultimate Novel: “He's the hottest MMA fighter in the game, but one woman is ready to try out a few steamy moves of her own in an unforgettable new novel.”

Megan Mulry’s Encore “takes readers from the sun-washed coasts of Florida to the cobbled streets of London, exploring the fresh, messy course of real love—and the courage it ta

I just hear about Naima Simone’s The Millionaire Makeover, which includes a billionaire auction, a Plain Jane heroine, and a past night of lovemaking neither of them has ever forgotten. (Yum!): “He promised to stay away…but some promises are made to be broken. Plain-Jane computer programmer Khloe Richardson needs a date—one to make the prince of her dreams jealous. Maybe then he'll finally see her as a desirable swan and not the ugly duckling in the second office from the left. But when she bids on a bachelor at a charity auction, the man she wins is millionaire Niall Hunter—who once made intense, passionate love to her and then left without a word. She's determined not to let her guard down again—among other things—around the infamous Irish lothario.” (Did I say yum?)