A Thief, A Spy, and A Con—Happy Sigh! 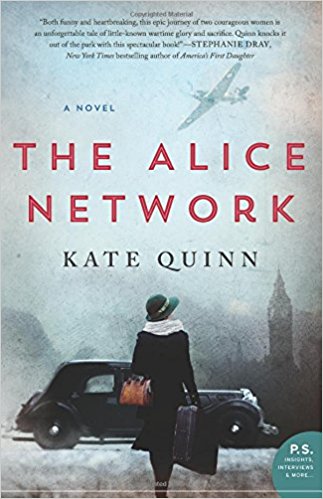 It’s been a long time since I binge read anyone, but The Queen’s Thief series by Megan Whalen Turner recently became available on audio, and I scooped it up.

I’ve heard about this series for years, from people all over, and I expected it would be good given the many accolades it’s received, but I didn’t expect it would be so good I wouldn’t want to stop listening. I just started Book 3, The King of Attolia, and while the romance is very light so far, the main character (The Thief, Book 1) is exquisite. He’s continuously scheming, but is so good at it, and keeps such close counsel that no one knows what he’s up to until they’ve played into his hand and delivered him exactly where he wants to be.

Every reviewed title in the series received a Kirkus star. It’s classified under “teen” fiction and fantasy, though honestly I can’t imagine anyone who enjoys a good action/adventure story won’t love this smart, captivating tale of three kingdoms struggling to find balance among themselves and against a looming external threat—and the lowly thief who wins the day. (Or, I expect! So far, so good in the first two titles.) ;o)

The series also has a light fantasy element that interacts with regional gods, reminiscent of Greek mythology—not as prevalent as the motif in Amanda Bouchet’s terrific Kingmaker Trilogy (last title releases in early 2018)—but still there, with a tangible impact on the plot.

Finally, a quick tip of the hat to the narrator, Steve West, who does a very good job distinguishing a broad cast of characters and moving the story along with wit and intelligence.

Leaving the magical realm, I also listened to The Alice Network (released June 6), about a WWI female spy ring, mainly told through the eyes of Eve Gardiner, a British spy working in German-occupied France, through flashbacks. It’s a dual timeline, however, also set in post-WWII England and France, following American co-ed Charlie St. Clair, who is searching for her beloved French cousin Rose. Meeting up with Eve through a piece of legal paperwork sets the two unlikely allies—along with Eve’s Scottish driver, Finn—on a journey into France to discover secrets buried by the trauma and devastation of two wars.

The switch between characters and timelines is seamless—both in the writing and the audio, so another hat tip to narrator Saskia Maarleveld, who juggled the many characters and accents with skill and panache—and the story is absolutely captivating. Beyond the main plot, author Kate Quinn did a notable job of reminding us how complicated the lives are for people in occupied territories, how delicate the balance can be between compliance and collusion, as well as how dangerous the world of spying was and how little the female spies were valued by most of the men who “led” them. Then, through Eve’s stutter, we are also reminded how quickly people underestimate anyone who shows any kind of frailty or disability—often to their detriment.

Finally, I read Eva Leigh’s recent release, From Duke Till Dawn, the first in her new series, London Underground. I really enjoyed this Regency romance, and Eva Leigh is always witty and worth reading, though I also agree with the Kirkus reviewer that what the book leads us to is not nearly as explosive as the build-up makes us expect. Still, the book is smart and fun and will easily while away an afternoon with a satisfying romance. The heroine, a beautiful con artist, is a textured, intriguing character, and while the hero Duke of Greyland never quite leaps off the page quite as distinctly, he really doesn’t have to, since his true role is to give her just enough help to allow her to save herself and to love her just as she is—and then defy convention and his own sober tendencies enough to marry her.

So that’s my “recent reads” (through audio) list. Special thanks to HarperAudio who provided all of the titles this week when I asked for them.

I’m off to listen to the rest of The Queen’s Thief series! What are you reading this week?