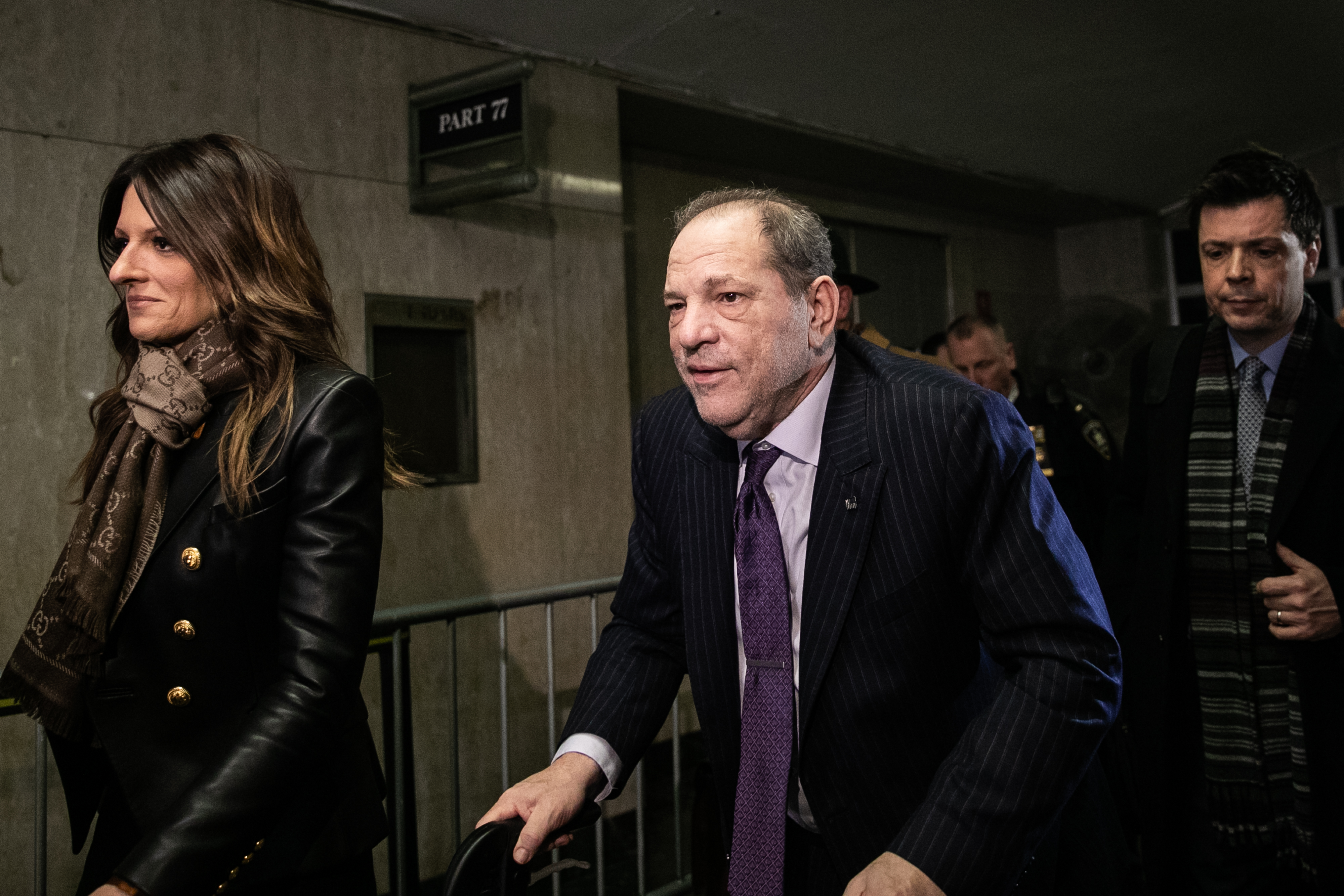 Harvey Weinstein at the courthouse on Feb. 19. Photo by Jeenah Moon/Getty Images

Harvey Weinstein’s defense attorneys tried to have a juror in his New York sexual assault trial removed because she had read Kate Elizabeth Russell’s novel My Dark Vanessa, Vulture reports.

Weinstein is facing trial in New York on charges of rape and predatory sexual assault. Russell’s novel, scheduled for publication next month, tells the story of a 15-year-old high school student who is groomed for a sexual relationship by her 42-year-old English teacher. A reviewer for Kirkus called the novel “a gut-wrenching debut.”

Weinsten’s lawyers claimed that in reading the novel, a juror broke a rule forbidding members of the jury from reading media related to the disgraced movie executive’s trial. The juror reviewed My Dark Vanessa favorably for an unnamed book review website.

The juror has also written a book about “predatory older men” and has said she was reading Vanessa Springora’s book Le Consentement, in which the French publisher claims she was sexually assaulted by author Gabriel Matzneff. Matzneff has been charged in France with promoting the sexual abuse of children.

The judge in Weinstein’s trial, James Burke, declined to remove the juror in question, saying, “She apparently is simply reading the book, so the motion is denied.…My finding is nonetheless that she just hasn’t done anything wrong.”