Into The Wild With Katherine Roy 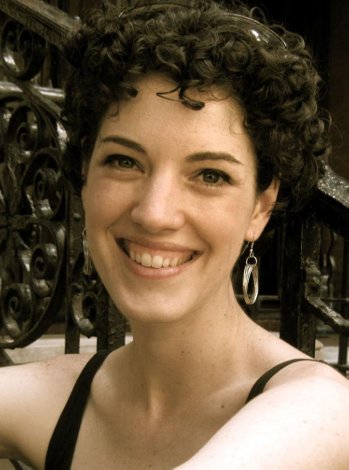 Katherine Roy up and won a 2015 Robert F. Sibert Award Honor Book for her meticulously-researched Neighborhood Sharks (also named a Kirkus Best Children’s Book of 2014), which explored, just a few miles from San Francisco, the ocean’s largest predators. Not bad for the first book she both wrote and illustrated.

Now she’s back with How to Be an Elephant: Growing Up in the African Wild, coming to shelves in mid-September. For this—a captivating, fact-filled book all about elephants and their family dynamics—she traveled to Kenya for her original, in-the-field research. Featuring Roy’s beautiful, fluid watercolors, it’s one of my favorite picture books this year. And I was pleased to have the opportunity to talk to her via email about her trip to Africa and this exceptional book.

Jules:Can you talk a bit about your trip to Kenya? That was specifically to research this book, yes?

Katherine: Yes, absolutely. My trip to Kenya was all about spending time in the field to watch as many elephants as possible, so I could take in all of those sights

and sounds and colors (and smells!) and translate them into the words and drawings for my book. While I was there, I met some of the most amazing people—David Daballen, the head field researcher for Save the Elephants, and Jake Goheen, who leads teams of biology graduate students at the Mpala Research Centre, to name just two—who were endlessly generous with their time and patience, as they coordinated with my travel logistics and answered my countless questions about elephants and conservation.

During my two-week-long stay, I had so many experiences. I witnessed the collaring of a 40-year-old bull elephant at Samburu National Reserve; I played with baby elephants at the Sheldrick Elephant Orphanage in Nairobi; I was bluff charged by an angry matriarch elephant while out on daily rounds with a researcher in Laikipia; and I sketched the herds of Tsavo East and West, where the iron-rich soil paints their skin a brilliant red. The trip was both exhilarating and exhausting, full of big moments and small routines, and I came home with lots of sketches and over 6,000 photos and videos to use as the raw visual reference to begin assembling my story.

Jules: What exactly is bluff charging?

Katherine:  A bluff charge is a false charge that an animal makes to scare off a threat—in this case, the unfamiliar presence of Sandy Oduor and I in the research jeep at Mpala. I happened to be filming at the time and was so startled that I dropped my phone, as you'll see in this video. We were out that morning to identify and observe the movements of herds in the area, when we saw a few elephants to the side of us on the road and stopped to take photos and do a head count. But the small group of elephants quickly turned into a herd of 30–40, as other family members emerged from the brush, and we found ourselves nearly surrounded, with elephants fanned out to the front and left of us and thorny acacia bushes blocking us to the right. There were young calves, lots of adolescents, and many enormous adult females, who were startled by our presence and turned towards us with their ears raised and tusks out—not a good sign. Sandy had whispered that he didn't recognize the herd, so they must be migrating through the area, hence their aggressive body language towards us, when suddenly a large female bolted from the line straight at our jeep. Sandy banged the windshield, and she slowed and veered right, and after a few more breathless moments the herd finally retreated as a group.

Minutes later, we had to pass them on the road again in order to get back to camp. Fortunately, this time they only blasted us with deafening trumpets to scare us away. It was a very dangerous situation, more than I fully realized at the time; a full-grown female elephant will defend her calves just like a bear will defend her cubs, except that female elephants weigh up to 7,000 pounds and can use their tusks to punch holes in a car like nails through tinfoil. The silver lining was I ended up using the footage as the basis for one of the spreads in my book, in which the main character is finally grown and defending her family from lions.

Jules: I love these Behind the Scenes videos you share with readers. You did that (and blog posts) with Neighborhood Sharks as well. Do you do school visits often, and direct children to these additional bits of information? It must also be great for you, if you’re having trouble deciding what to cut from a book.

Katherine: I love doing school presentations, because they’re a sneaky way to talk about so much more than just sharks or elephants—the importance of on-location research, fact-checking, the scientific method, and environmental conservation. “Do you see that hole in the elephant’s ear that Sandy’s showing me here? That marking helps him identify this individual elephant, because the markings on an elephant's ears are unique, just like a human fingerprint. By keeping track of individuals and families in different areas, scientists like Sandy can help reduce human-elephant conflict by sharing their data with local governments to prevent building roads and farms through important elephant territories.”

Trumpeting elephants are exciting to see, so why not channel that excitement into a bigger discussion? The book is “about” a baby elephant growing up, but really I’m angling at a much larger message. The videos and my blog are an extension of that. They let me reach beyond 48 pages and share the experience of making the book by showing what I learned and how I learned it—while also (as you suggested) salvaging darlings from the cutting room floor.

I think change starts with education, and since writing/illustrating is my background and my skill set, drawing and informational storytelling is what I have to offer kids. The book and the presentations and my blog are tools, but the dream is to contribute to science and education—to make it dynamic and engaging, one page (or one video) at a time.

Jules: That's so refreshing to hear in the current political climate and with the science-denial that happens at a national level now.

Is it hard to know what to keep and cut in the text? Do you go through lots of drafts? I guess that depends on the book, right?

Katherine: So. Many. Drafts. *Bangs forehead on desk.* So, you know how I just called writing and illustrating my “skill set”? I totally lied. What I actually excel at is making a terrible, horrible mess on perfectly good sheets of innocent paper. But along the way I’ve also gotten better at sorting through the wreckage to find the useable bits. Writing and drawing a book is a lot like putting together a puzzle, but sometimes it feels like you have to sort through five or six other puzzles to find the pieces of your book.

I remember bemoaning to a friend about all of the pieces that just didn’t fit into Elephant, like the evils of poaching, the habits of a bull elephant, or all the amazing stuff I saw in Kenya—the sunsets, the habitats, and even the night I saw three lions tear apart a dik-dik (true story). And after a while, he rolled his eyes and said something along the lines of “Katherine, this book doesn’t have to be about Africa, it just has to be about that one baby elephant in your drawings.” And, of course, he was right. My book couldn’t be about everything. My book had to be about one thing: the biology and behavior of a newborn female calf in a stable family herd. I had to let go and leave those other topics for other authors to write about in other books.

I want to ask about your beautiful watercolors, which are bursting with movement and energy. A lot of illustrators talk about how much work it is to make lines look so energetic and fluid – that something that looks more sketch-like and something filled with motion takes even more work, though it doesn’t appear to. Is that the case for you?

Katherine:Oh man, thank you so much for saying so. And, yes, keeping the final art loose and energetic is definitely a struggle for me—it’s good to hear that other illustrators struggle with this too.

Your question gets at something I think about quite a lot: how to capture multiple moments of time in one still image. When you sketch, what you’re actually doing is

exploring the potential of an image. You’re trying out gestures and colors and compositions—and making “mistakes” as you cycle through options. All of those marks pile up on the page and create a visual history (multiple moments in one still image), and the lack of details lets your mind fill in the blanks so that you “see" the ears flapping or the mud splashing through the air.

In contrast, making a page of final art requires that you make a final commitment, so the image goes from being full of possibilities to being one specific thing. An idea for an image can endlessly shape-shift, but starting forces you to de-cide (-cide being the latin root for “cut”), to kill off all of the ideas that the image isn't, which can shove your shortcomings to the surface, force you to fill in those blanks from the sketching stage, and possibly kill off the fun and spontaneity right along with it.

For me, I think the trick is to be disciplined and controlled about keeping the work as loose as possible (as crazy as that sounds). I carefully plan out my colors and compositions so that the artwork stays consistent across the entire book, but I use watercolor because it is difficult to control and forces me to let accidents happen and troubleshoot as I go. This approach helps me stay engaged and keep the paintings more alive, but I also end up throwing out at least a month’s worth of work from every project, because it takes a while to find the balance between mess and control. The carnage can feel like a lot of wasted effort, but I guess it's just part of how I make work that feels right for my books.

Jules: That doesn't sound crazy at all. It makes a lot of sense, in fact.

I’m curious about what’s next on your plate.

Katherine:The next book from me will be Otis and Will Discover the Deep: The Record Setting Dive of the Bathysphere, written by Barb Rosenstock and out from Little, Brown in June 2018. And I’m currently in the research/sketching stage for three more nonfiction books with Roaring Brook, including the illustrations for a book about soda, and two solo projects, which are a book on reproductive biology and another yet-to-be-announced animal book. I’d love to wade back into fiction again, too, though that may have to wait a bit longer. So many books to make, so little time! It’s a good problem to have, and I’m thankful to have it.