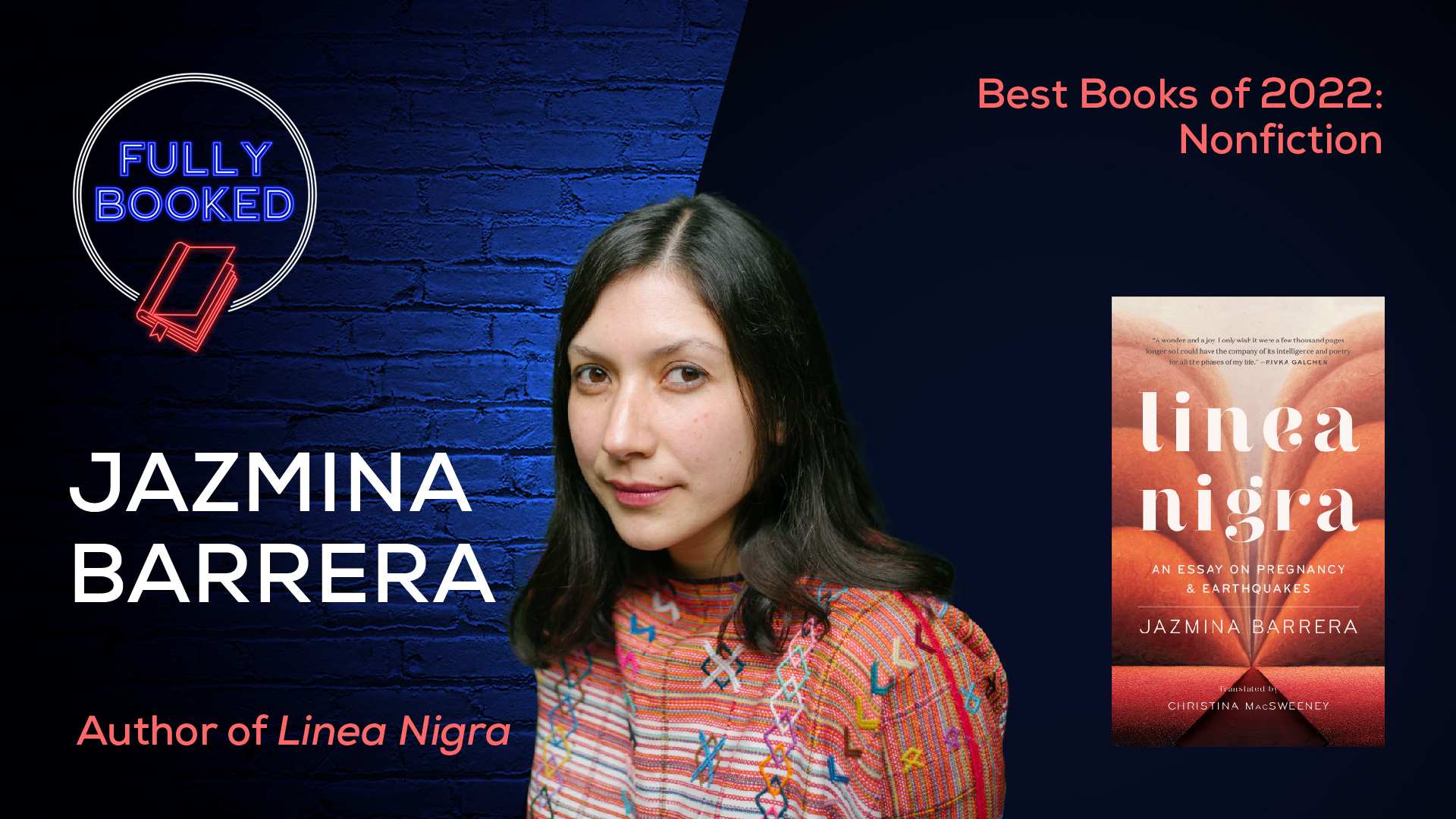 On today’s episode, Jazmina Barrera discusses Linea Nigra: An Essay on Pregnancy and Earthquakes (Two Lines Press, May 3), one of Kirkus’ Best Nonfiction Books of 2022. Here’s a bit from our starred review: “When Barrera first found out she was pregnant with her son, Silvestre, her husband suggested that she keep a pregnancy diary. Although she thought the idea of a pregnancy diary was ‘a little hackneyed,’ she admitted that she was writing about her experience, albeit mostly in fragments….

“Barrera communicates her trenchant observations in gorgeous, highly efficient prose that sharply reflects the fragmented reality of pregnancy and early parenthood. Rather than adhering to a traditional narrative structure, the author follows her trains of thought wherever they take her, and readers will be happy to tag along. A uniquely lyrical account of early motherhood.”

Barrera and host Megan Labrise discuss the decision to share writing that began as a personal diary with a wider audience; the dearth of literature on pregnancy, childbirth, and breastfeeding; why the essay is Barrera’s favorite form; how pregnancy and motherhood revised her relationship with her own mother; Mary Shelley’s famous quote about creation coming from chaos; working with translator Christina MacSweeney; and much more.