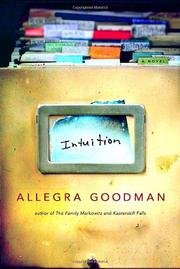 The year 1985 may be an annus mirabilis for the Harvard-affiliated Philpott Institute in Cambridge, Mass. Brilliant “postdoc[toral fellow]” Cliff Bannaker has developed a virus (R-7) that effectively destroys cancerous tumors in “nude” (i.e., hairless) mice. Despite caution preached by sternly rational lab director Marion Mendelssohn, Philpott’s co-director Sandy Glass, a practicing oncologist and an ebullient pragmatist who thrives in the limelight, prevails, and Cliff’s “breakthrough” is made public—perhaps prematurely. Cliff’s former girlfriend (of sorts) and lab colleague Robin Decker finds increasing cause to suspect he has selectively suppressed data, and blows the whistle. Cliff becomes, first, an accused traitor to the scientific spirit, then a martyr; Robin a pariah, shunned by other colleagues (several of whom are quite incisively characterized); Marion and Sandy, eternal opposites, locked in a struggle neither can win, or wants. There’s something of the breadth and generosity of a Victorian “three-decker” novel in the skill with which Goodman threads her ingenious plot through an ambitious mobilization of terse confrontations and detail-crammed scenes (climaxing with a dramatic Congressional investigation and the formal appeal determined to reverse its findings), and the remarkably varied gallery of supporting players. They include Marion’s quietly supportive husband Jacob, a complex mixture of self-sacrifice and guile; Cliff’s Chinese-born research partner Xiang Feng, who may pay the highest price for Cliff’s alleged duplicity; and Sandy’s three accomplished daughters, notably, bookish, idealistic, hopelessly infatuated adolescent Kate. Yet these are only the crest of a wave of empathy (worthy of George Eliot) that finds not only the human weaknesses, but the goodness, and even nobility, in each of Goodman’s struggling characters—most of all in Robin, who’ll never know whether she has been inspired and ennobled, or betrayed, by her “intuition.”

Top-notch in every respect. A superlative novel.

THE FAMILY MARKOWITZ
by Allegra Goodman

THE DNA OF YOU AND ME
by Andrea Rothman
Fiction

The Colors of Medicine
by Kenneth Goetz
Indie