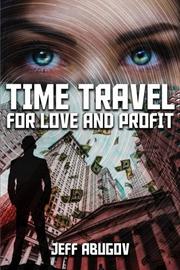 TIME TRAVEL FOR LOVE AND PROFIT

In this time-travel caper, a thief obsessed with making a fortune experiences sublime moments in history and hard truths.

Twenty-eight-year-old T.J. is haunted by dreams of lovely days spent with his soul mate. Yet at the end of each one, the woman reveals that she’s developed feelings for someone else. Various shrinks have tried to explain that the woman represents T.J.’s mother, who died when he “was very young,” and even his father, whom he never knew. T.J., a thief since the age of 8, isn't convinced. He grew up in the Los Angeles foster care system, with his best parents being Jack and Jen Carpelli, who also adopted a girl named Myra. After this idyllic family life unravels, T.J. ends up enjoying a successful solo career in thievery. Then he takes the advice of his fence, Wendy Washington, joins a crew to steal a Jackson Pollock painting, and ends up in prison. There, he discovers a love of physics. On parole, he becomes a janitor at the California Institute of Technology and befriends the aging professor Aldous Szabo. Szabo introduces T.J. to his time-traveling smartwatch, entrusting the thief to get his invention—and the related research—to NASA. The twists that follow see Abugov (Zombies Versus Aliens Versus Vampires Versus Dinosaurs, 2015, etc.) performing a literary M.C. Escher impression, in which motifs (like Bob Dylan’s music) and characters (the adult Myra) interlock in satisfying and often unexpected ways. But the author’s sense of humor results in nightmarish time-traveling conditions for his protagonist, including the rule that T.J. is naked after jumping across decades. And for the thief to steal anything—money, for example—it must travel in T.J.’s rectum. The tangled details of an “infinite time loop,” in which characters interact with time-displaced twins, are fun to follow. But the book’s beating heart is Ruth Anne Lee, whom T.J. meets in 1961. He encourages her to speak her mind, and through her, he ultimately learns how best to wrangle the watch’s power. Fans of time-travel tales will kick themselves if they miss this one.

A shimmering sci-fi ode to the ’60s and true love.

THE UNWINDING
by Juliana Rew
Indie

BUT NOT FOREVER
by Jan Von Schleh
Newsletter sign-up