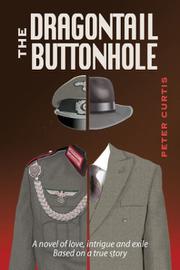 Curtis’ debut novel tells of a family’s flight through Europe, moments ahead of the Nazi war machine.

This story is semiautobiographical—or at least one of the characters is. Curtis’ alter ego, the infant Pavel Kohut, is safely born to a successful family of clothiers and the “bourgeois life of servants, fashions, and Prague’s social whirl” but soon finds himself in peril. His father, Willy, an importer of British textiles and an unapologetic Anglophile, is arrested by the Gestapo on suspicion of espionage. It’s 1939, and the Nazis have marched into Czechoslovakia unopposed. Friends become collaborators, Willy’s shop is appropriated, and Willy is beaten in prison until he appears to himself “a humiliated, disgusting wreck.” Sophie, Pavel’s mother, must prostrate herself before one sinister bureaucracy after another to try to learn her husband’s whereabouts, even enduring blackmail and rape (“the emotional damage of giving herself to this swine would haunt her forever”). When she does eventually track Willy down in Pankrác Prison, shut in with a corpse, she and her husband face the joint task of evading the Nazis and ferrying their young son to safety somewhere in the unoccupied West. Their flight brings them new identities, treacherous comrades, and further degradation. Curtis could have made his book a by-the-numbers thriller, but it’s too unblinkingly realistic to work as a potboiler. This is a serious novel about the most serious things in life; as Willy and Sophie travel farther from their home, increasingly stripped of their possessions, their senses of self at sea, they must continually re-evaluate who they are and what matters in their lives. Curtis is exceptionally good at depicting the strain and fractures of a marriage under constant violation from the outside, and both Willy and Sophie evolve and change convincingly through the book. This is a book to be read in sobriety and one that will leave its readers more sober still.

A suspenseful, convincing account of the hardships that Jews and refugees faced in a terrible war.