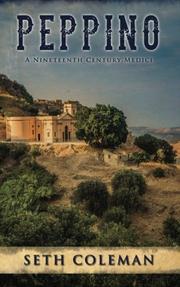 Loosely based on true events from the author’s ancestry, this historical novel tells the tale of Peppino, an upper-class troublemaker in a small Italian village who resents the restrictions of his highborn status and longs to fight for the common people.

In late-19th-century Italy, the village of Brancaleone is divided by an imaginary line that keeps the poor from fraternizing with the rich. Teenage Peppino resents this division, which prevents him, a baroness’ son, from being able to freely socialize with his peasant friend Emilio. He also resents the monsignor, the local head of the church; more corrupt than godly, he uses his position of power to manipulate the locals for his own gain. When Emilio enlists Peppino to help rescue local hero Nicola from being executed, Peppino finds his life finally veering off the narrow, upper-class path previously laid out for him. From fraternizing with outlaws, a stint at a monastery, being accused of murder and meeting Pope Leo XIII, Peppino’s journey leads to much personal growth—and a few startling revelations. Often, the novel doesn’t feel like a period piece, which is both good and bad. Much of the dialogue seems distractingly modern, yet Peppino’s conversations with a Hasidic Jew named Abramo provide interesting insight into the era’s attitudes toward religion. Coleman (Critical Transfer, 2013), who based the novel on his grandfather’s exploits, jumps quickly from one action-packed event to another in fast-paced storytelling that’s highly enjoyable. Despite Peppino’s fascinating interactions, the baroness proves to be the most compelling character. Her complex relationship with Peppino and the mixture of love and resentment they seem to share are more intriguing than many of Peppino’s exchanges with the more heroic characters of the story.

A fast-moving historical tale of religious and class conflicts, told with a personal touch.